All Pirates Aren't in the Ocean... Book Piracy and How it Affects Authors


Hi Seekervillians! It is so lovely to be back in Seekerville again and I’m thrilled to be spending my Friday with you (waving from New Zealand).

This post, funnily enough, isn’t because I have a new book coming out but because I *ahem* lost my mind a little (okay, a lot) in a post on Facebook in January and—bonus!—Ruth asked me if I’d like to have a guest post on Seekerville proving that there is a silver lining in every thunderous cloud. :)

For those of you who weren’t privy to my virtual rant you are probably wondering what could cause a Christian romance author to let loose with a very long and direct rant on a very public platform. In a word. Piracy. Specifically, eBook piracy because it is costing authors their careers.

I have two traditionally published contemporary romances, Close To You and Can’t Help Falling. Currently, they are both commercial failures. They’ve had great reviews but the—very humbling—reality is that despite some great reviews they haven't sold the numbers my publisher was hoping for. Some people were a bit shocked when I admitted that in my Facebook post. Not that it was true, pretty much everyone who is in publishing circles these days knows that very few authors are doing well sales wise, but that I was so blunt about it. I fielded queries from people asking if I had thought about the repercussions on my reputation and career of publicly admitting that I was a failure.

I had, admittedly through a slightly cultural different lens since I’m not American, but the conclusion I came to was this. There are many authors who are hurting at the moment. But if no one is willing to tell the truth, if no one is willing to swallow their pride and say I really need you to pay real money for my books because otherwise I might not be able to keep doing this then readers will never know the true extent of the problem. And part of the problem is the proliferation of eBook piracy. 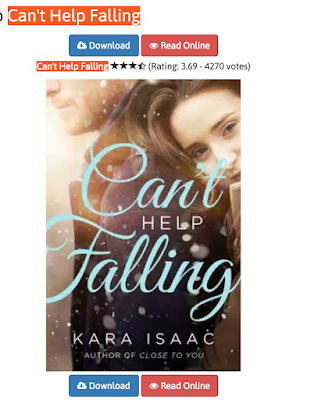 I know that I am preaching to the choir here because Seekervillians are some of the most wonderful, encouraging, supportive readers of Christian authors that anyone could ever hope to find. But hopefully the information that I share will empower you to talk with friends and family if the topic ever comes up.

So, let’s chat about some of the most common myths floating around out there about eBook piracy.

People Who Download Pirated Books Don’t Buy Them Anyway
The theory behind this one is that people who go online and find free pirated copies of books aren’t going to pay money for them anyway so it doesn’t actually have an impact on the author’s/publisher’s bottom line.

This theory was blown out of the water by a general market YA author called Maggie Stiefvater. Maggie had a four-book series and the first three all hit the bestseller lists. But a strange thing happened with Book #3. The print copies sold just as well as the previous two but the eBook sales dropped precipitously. People are moving away from eBooks she was told. Your series are in natural decline, it happens. Except that didn’t gel with what she was experiencing. When she was at book signings her crowds were larger than ever and there seemed to be more online buzz around the series, not less.

Then her publisher told her that they were cutting the print run of Book#4 in the series to less than half of Book#3. Maggie decided it was time to take on the pirates. First, she asked her publisher not to release any review or advance copies of her book in eBook. Which they reluctantly agreed to. Then her and her brother hatched a plan. They created a PDF of Book#4 exactly the right size and length. But it wasn’t the book. It was the first four chapters over repeated. Followed by a note at the end about how eBook piracy hurts authors.
At midnight, the night the book was released her brother went onto every eBook pirate site that he could find and uploaded the fake version everywhere. The effects were instant. Forums and sites exploded with bewildered activity. Fans asking if anyone had managed to find a link to a legit pdf. Dozens of posts appeared saying that since they hadn’t been able to find a “free” copy, they’d been forced to buy the book.
The first printing sold out in two days. Maggie was on a book tour, and the bookstores she went to didn’t have enough copies to sell to people coming, because online orders had emptied her publisher’s warehouse and they couldn’t print more copies fast enough to keep up with demand. The book went to a second printing, then a third, in its first week. All because her readers couldn’t get their hands on pirated copies.

Publishers Have Deep Pockets and Can Afford To Lose A Few Sales
I went to my first Christian writers conference in 2009. There were almost twenty publishing houses there with editors willing to take pitches from authors and aspiring authors. The last time I went to that same conference in 2016 there were less than half that. The last few years have seen a swathe of publishing houses either closed or significantly cut back their Christian fiction lines. B&H, Harvest House, Abingdon, Love Inspired Historical (mid this year), Heartsong, and Summerside Press are just a few that come to mind who either no longer exist or no longer publish fiction.  (Ruthy note: Franciscan Media/Press also folded their fiction line last year. Gilead Publishing reneged on deals in 2016 (including a few Seekers who went unpaid), and is struggling to re-enter the market.)

Publishers can sometimes carry a few authors whose books don’t make money as long as they have bestsellers that are making a lot of money to keep them in the black.  But eBook piracy affects bestselling authors even more than the midlist and lower authors. So if a publisher used to have a bestseller that was guaranteed to sell 20,000 copies and suddenly they’re only selling 15,000 copies that loss of income has to be accounted for somewhere. Ultimately, publishing is a business and no publisher can continue to exist if the books that they pour thousands of dollars and hundreds of staff hours into creating and marketing aren’t making money.

If an Author Loses A Contract They Can Always Just Indie Publish
I am a huge fan of indie publishing. I have published one book independently and will be releasing another later this year. The income I’ve made from indie publishing Then There Was You is what will be funding my annual conference trip to the US this year and it’s also meant that I have been able to get new books to my readers in between contracts. So you are never going to hear me bashing indie publishing. But, on the flipside, being the author, project manager, publisher and marketer of a book is a huge amount of work and there are some authors for whom it just isn’t a viable option for them. It was a viable option for me last year because I was based out of home for most of the year on maternity leave with my third child and so while nursing, and during naps, and in the middle of the night while rocking a baby, I had the time to research and learn everything I needed to know.
Fast forward six months I’m back at my fulltime day job with three children aged six and under. I could have no more done what I needed to do to indie publishing a book for the first time this year than I could chart a course to the moon. For those authors, losing their contracts means no more books. End of story.

Authors/Publishers Should Just Issue Copyright Violation or Infringement Notices
The reason for my Facebook rant was because that morning I spent two hours issuing 48 infringement notices. I use a service called Blasty that finds the possible pirated copies of my eBooks for me and streamlines me being able to issue those notices. I recently found a complete copy of my sophomore novel, Can’t Help Falling, on a website across 250 webpages. I had to issue an infringement notice for every single page. It took me almost two hours. Right now Blasty has 648 pages for me to review. Six hundred and forty eight. Assuming I only need 30 seconds to review each page that will take me over five hours. Five hours that I could be writing. Five hours that I could spend with my family. Five hours that I would rather be doing anything other than looking at many many sites purporting to offer copies of my books to download for free. 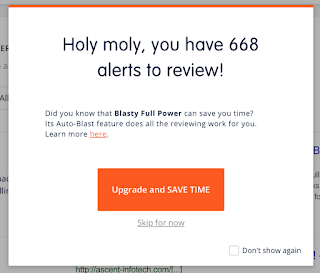 I have many many author friends who don’t even try to fight piracy of their books. It is not worth the stress and discouragement to them.

So how can you spot a pirated eBook? Especially when many publishers use them as a legitimate marketing tool to try and attract new readers to authors. The first thing is that you don’t need to worry about your usual retailer sites like B&N, Amazon, iBooks etc. All of the books that come through them are from publishers and are legitimate. If you are ever on a site that isn’t one of the main retailers then there is an easy way to check if the free book you’re being offered as a download is legit. Jump on over to any of the main retailer websites and see if it’s free there. If it isn’t, then it’s a pirated copy.

For those of you who are on tight budgets there are also HEAPS of ways to support your favorite authors without spending money. Ask your library to buy their books. Request them for Christmas or birthdays. Buy books for friends of family for the same. If you're a review writer, join their influencer teams and receive a review copy. Enter contests and giveaways. If you are lucky enough to receive a free copy and you love the book make sure you share about it on social media and help get the word out. I promise, while we sometimes can’t respond to them all, authors are so grateful for every single mention that we receive. 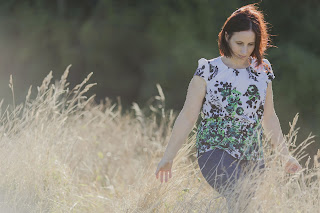 Thank you so much for having me here today and for all you do to support authors! I’ll be in and out all day since the timezone difference has New Zealand in the small hours of Friday but I’m giving away two paperback or eBook copies of
"Then There Was You" to two commenters so please stop by and share your thoughts.

Ruthy again! Coffee, tea, discussion cookies and cake inside... let's see what you think, readers and writers... how can we fix this?