A Character’s Occupation Is More Important Than You Might Think 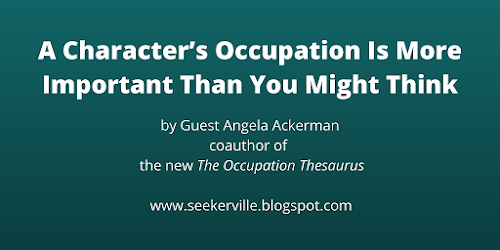 Confession time: when I was a somewhat green writer, I didn’t think much about a character’s occupation. In fact, if I needed one, I’d assign the first thing that came to mind which worked for the situation (say, an after-school gig). And then like a checkbox, I marked that “sideline detail” done and moved on to “something more important.”

Far from being an afterthought, a character’s job is a powerful opportunity to showcase many things about them.

I didn’t know this back then, but I do now, and so as you can imagine, I weigh potential occupations much more carefully!

In the real world, work is a big focus for all of us. Consider your own job. How many hours a day do you spend working? Do you bring it home with you, obsess about it, spend hours thinking about it?

Characters are mirrors of us, so work is a big part of their reality, too. Like us, if possible, they will choose a job they are interested in, good at, and it pays the bills…meaning that if we choose a job with care, it becomes a goldmine of characterization and plot opportunities. Here are some of the things a job can reveal about your character.

PRIORITIES:
Jobs almost always shed a light on what your character cares about and will sacrifice for. If they work two jobs, forgoing sleep, time off, hobbies, and socialization, there’s a reason for it. Maybe they are supporting their family as a single parent, are trying to put themselves through school, have younger siblings to support because their parents are deadbeats, or something else. So, ask yourself: is my character all about money? Do they crave power and influence? Whatever it is, make sure their job choice reflects this.

PERSONALITY TRAITS:
Certain traits make it easier for someone to succeed at their job, so when a reader sees a character working in a specific field, they’re going to naturally draw conclusions about their personality. A character who is a server in a restaurant likely relies on tips to supplement their income, so a reader would expect they would be friendly, respectful, and hard-working. Likewise, if you introduce your character as a pickpocket, right away a reader will start imagining someone who is observant, calculating, opportunistic.

ABILITIES:
Obviously natural abilities and skills can make someone good at what they do. A surgeon will have steady hands. A psychologist will be a reader of body language. A police officer will notice details and be able to recall them immediately, on duty or off. Skills not only make someone unique; they can also help a character achieve their goal. For example, if your special needs teacher is taken hostage, maybe her experience with deescalating volatile situations and ability to persuade might help her convince her captor to let her go.

MOTIVATION:
Characters, like people, are driven by unmet needs. An occupation can represent a steppingstone to what they want (a personal trainer who is working to become a professional weight lifter), or even be a sign of an emotional wound (a bounty hunter who brings criminals to justice because his parents were killed and the murderer was never caught).

HOBBIES AND PASSIONS:
Careers may grow from a favorite activity. Does your character love stand-up comedy and so makes a career of it? Do they have a passion for dollhouses and so they build a business that sells dollhouse-making supplies?

PHYSICAL DETAILS:
A construction worker is going to be rugged and strong. A mechanic will have stained, calloused hands. Whether it’s the uniform or expectations that go with the job, an occupation can provide many unspoken clues about how a character looks and behaves at work.

LIKES AND DISLIKES:
What does your character’s job say about their preferences? A professional athlete will enjoy exercise, being part of a team, and setting stretch goals….and they probably wouldn’t like to be around people who are lazy, unmotivated, and whine about how tough life is.

ETHICS, VALUES, AND BELIEFS:
Did your character choose a job that aligns with his deepest beliefs? A military career communicates patriotism and respect for one’s country. A doctor or judge will have strong ethics. Careers can be a great way to shed light on the character’s beliefs system and moral code.

EDUCATION LEVEL:
Some occupations will give readers a good idea of your character’s education. For example, a scientist, educator, doctor, geologist, or nurse clearly has a great deal of education. Likewise, a cab driver, bartender, or retail worker may not. (Note the may; plenty of situations exist where someone with a higher education chooses a job that requires less: a career pivot to something less stressful or that aligns more with their interests, a character who has trouble finding work, etc. 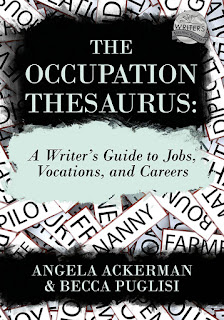 As you can see, you can get a lot of show-don’t-tell mileage from your character’s job choice! So, don’t make the mistake I did long ago and take your time when choosing the work they do. (This list will get you started.) If you would like to explore more ways to utilize a character’s career, check out The Occupation Thesaurus: A Writer’s Guide to Jobs, Vocations, and Careers.

A note from Missy: I'm really excited about this book! I have the hardest time deciding on a career for my characters. Now I know better how to use their job choices in characterization! 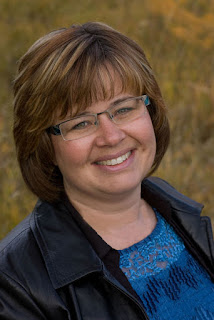 Angela Ackerman is a writing coach, international speaker, and co-author of the bestselling book, The Emotion Thesaurus and its many sequels. Her books are available in eight languages, are sourced by US universities, recommended by agents and editors, and are used by novelists, screenwriters, and psychologists around the world. To date, this book collection has sold over half a million copies.

Angela is also the co-founder of the popular site Writers Helping Writers, as well as One Stop for Writers, a portal to game-changing tools and resources that enable writers to craft powerful fiction. Find her on Facebook, Twitter, and Instagram.