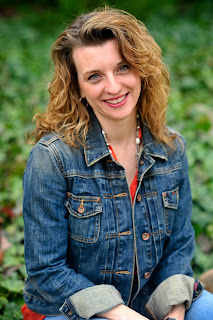 Hey Seekerville! Larissa Reinhart here with giant mugfuls of steaming coffee and a tray of fresh cinnamon rolls oozing with cream cheese icing (because if we’re virtual I’m going for the extra calories.) I’m Debby Guisti’s friend and a humorous mystery writer. I’m also a Seekerville stalker (I read them in my inbox) and occasional poster.

Nor blood and gore personal. Because we don’t need any of that to make a good mystery. What we need is a very personal reason for our heroine/hero to solve this mystery.

But, you may say, if my character is a detective/agent/law enforcement/soldier/superhero/nosy neighbor, isn’t their job or personality enough for solving a crime? 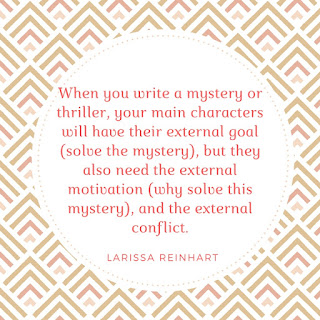 Just because you have a mystery plotted, it’s not enough to keep the reader interested. As in all other kinds of genre fiction, when you write a mystery or thriller, your main character will have their external goal (solve the mystery), but they also need the external motivation (why solve this mystery), and the external conflict.

The personal reason to solve this case is the motivation. And if it’s just their job—snore. Nearly every detective and amateur sleuth faces threat to their life in a story. After all, the killer will want to stop them from solving the murder. That’s the conflict, not the motivation.

How many of you would move to Cabot Cove where Jessica Fletcher lives? Not me.  Fictional Cabot Cove is said to have the worst murder rate in the country. And although we may joke about “Cabot Cove Syndrome,” the reason that series is so popular is not that a small Maine town has countless deaths that need to be solved. Jessica always had a personal reason to act as an amateur sleuth. Her friends are unjustly accused of crimes. Or her friends’ friends are murdered. Or disappears. It’s a small town. She knows a lot of people. You get the picture. 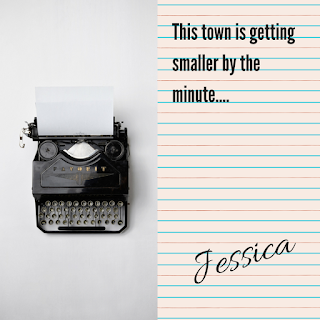 She cares about her friend. Therefore, we care. After all, Jessica’s a writer. She has no business getting involved in murder. And really, with all the crime in Cabot Cove, if Jessica had any sense, she’d lock herself in her house and never leave. But for a friend, she’ll face the killer to solve the crime.

But isn’t the job of law enforcement to solve a crime? Bruce Willis was a New York cop in Die Hard, just visiting his wife in California during the holidays. We don’t know much about his work with the New York police, except that he’s the cowboy type, which helps when his wife’s company building is taken over by German terrorists during their Christmas party. And yeehaw, Bruce Willis has a reason to save the day. As estranged as the married couple’s been, it’s his wife’s building. He must save her. I don’t think he’d walk barefoot over glass to save a Japanese CEO (not in the Eighties, anyway).

So it’s more than a job. What pushes your character to straddle the line of vigilantism? Sure, their backstory is full of motivation to have the personality-type to solve this crime, like Bruce Willis’s cowboy attitude in Die Hard. Something in their childhood has caused them to want to right wrongs. They have a personal sense of justice. That’s why they have this job or are a town busybody in the first place. 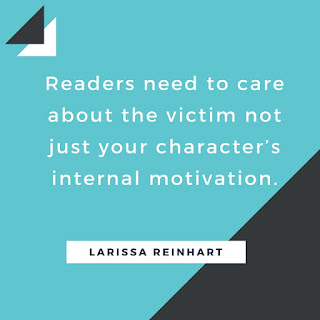 That’s not enough for your reader. They need to care about the victim not just your character’s internal motivation. Lethal Weapon begins with Murtagh and Riggs investigating the apparent suicide of the daughter of Murtagh’s friend who might have gotten involved in drugs. A reason for Murtagh to take the case more personally, and therefore for the viewer to do the same.

If your character is a detective/law enforcement/agent/soldier/superhero and the motivation begins with their job, then they need an immediate, real, dire threat to losing their job or better yet, their life, to motivate them.

We don’t read about the cases that private eye Sam Spade takes to pay his electric bill. In The Maltese Falcon, his partner had been killed while on a case. Sam Spade’s been accused of killing his partner’s killer. And then there’s the dame. Sam knows he shouldn’t help her, she could very well be the killer. But he can’t help the attraction. We know Sam shouldn’t help her, yet we want Sam to help her. We’re sucked in.

How can you make your sleuth personally motivated to solve a crime? Even if it’s not an old friend who needs help, you need to make them personally attached to someone involved. Sam Spade had his partner’s death, but he also had his attraction to Miss Wonderly/Brigid O’Shaughnessy. 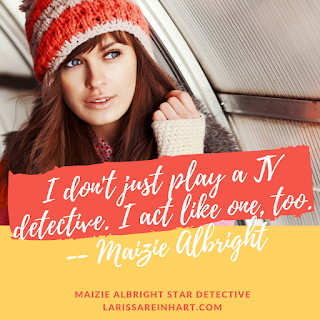 My Cherry Tucker series has a bit of Cabot Cove Syndrome in Cherry’s small-town of Halo. In my newest series, Maizie Albright Star Detective, Maizie’s just moved back to her hometown. Unlike Cherry Tucker in Halo, Maizie’s an outsider, an ex-teen star who’s been kicked out of Hollywood. Maizie loved playing the role of Julia Pinkerton: Teen Detective and found the family she needed while playing that role. That’s the internal motivation for her to become a private investigator. But that’s not enough to make the reader care about the case. How can I make these cases personal when she doesn’t know anybody but her father? 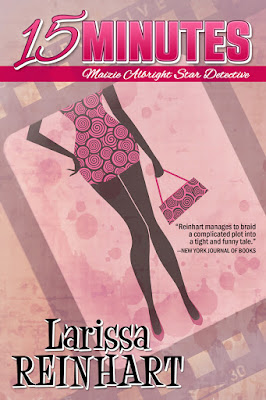 In 15 Minutes, Maizie faces losing a career opportunity, thereby breaking her probation which would send her back to a California jail. That’s not reason enough to face off with a killer. She loses the client’s wife while on her first stakeout. That’s bad, but she could turn the case over to the police. She lost the client’s wife because of her mother, who’s trying to get her back into show business. Personal and humiliating, but not enough to face a killer. The client accuses Maizie’s private eye (and hunky) boss, Wyatt Nash, for his wife’s disappearance. Wyatt Nash didn’t want to mentor an actress in the first place. He’ll lose his business to his ex-wife. Who hates Maizie. Because she can tell Maizie is attracted to Wyatt Nash, and the ex-wife fears it might be reciprocal. Those reasons makes it personal for Maizie and for us. Her screw-up affected others. And not just the client, but someone she’s grown to care about. So we care, too. (I hope.) 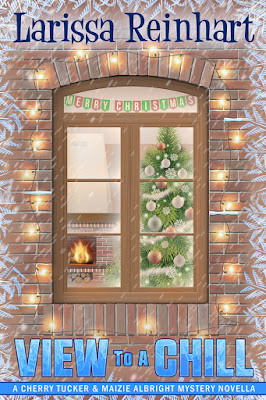 Leave a comment to win an ebook of my newly released Cherry Tucker/Maizie Albright Christmas Mystery novella, A VIEW TO A CHILL. Just say hey but if anyone’s interested in writing mysteries/suspense/thrillers, do let me know! How have you created a personal reason for your protagonist to get involved in a case? How many of you are mystery fans? Do your favorite books have the personal motivation for the sleuth to solve the case?

Thanks so much Seekerville for having me on today!

Larissa writes humorous mysteries and romantic comedies including the critically acclaimed Cherry Tucker Mystery and Maizie Albright Star Detective series. Larissa’s a The Wall Street Journal bestselling author, a contributor to the 2017 Silver Falchion Reader’s Choice winner, was the 2015 Georgia Author of the Year finalist, 2012 Daphne du Maurier finalist, 2012 The Emily finalist, and 2011 Dixie Kane Memorial winner. Larissa’s family and dog, Biscuit, had been living in Japan, but once again call Georgia home. See them on HGTV’s House Hunters International “Living for the Weekend in Nagoya” episode. Visit her website, LarissaReinhart.com, and join her newsletter for a free short story.
Debby here! Larissa writes mysteries that delight! She's delightful too! I'm so glad she can be with us on Seekerville today. If you would like to be entered in the drawing for Larissa's latest, View to a Chill, mention the drawing in your comment. For those who haven't read Larissa before, her stories are PG-13 and contain some adult topics.
By Debby Giusti - January 17, 2018