What Do You Seek?

WHAT DO YOU SEEK?

Among the many yard signs decorating homes in our neighborhood this Christmas season was one that had this simple phrase: Wise Men Still Seek Him. As I prepared this post for the Seekers blog, these words kept coming back to me. When we think about the Magi (the three kings or wise men from the East who came to Bethlehem seeking “the King of the Jews”) it’s appropriate for each of us to consider the question that it’s so easy to forget—what do we seek in this journey?

I’ll start with the Seekers themselves. This blog is over ten years old, and each of the members of the founding group have gone from Unpublished Island to the shore of Published Land, waving to us, cheering us on as we strive to join them. I won’t go into all the awards and honors they’ve accumulated along the way. But I’m willing to wager the hole in a donut (it’s my Baptist background that prevents me from choosing higher stakes) that they didn’t get into this for all the awards. Their goal from the first was “support, encouragement, and information for the writing journey.” They were seeking to help other pre-published writers, all the while getting their novels out in whatever form honored the Lord best. Everything that came along as they progressed in the journey was simply a by-product.

One of the things I was most impressed with when I started traveling my own road to writing was how willing established authors were to help others. The farther I was down that road, the clearer it became (to me, at least) that this was an almost universal trait of those who write for the Christian market. I have very little experience with authors who write for the “general” market, but it would be hard to be more willing to help newbies in the industry than the writers with whom I’ve come in contact over the past decade and more.

What were these writers—the ones who became the “big names” in our universe—   seeking? I can’t read their minds, but it appears they wanted the same thing the original Seekers sought: to tell stories that were edifying to the readers, glorifying to God, and entertaining in the process. Scriptures tell us that the harvest isn’t necessarily our responsibility, but we do have to sow the seed. These authors were trying to do just that, and in addition were willing to help other sowers who were sitting on the sidelines waiting their turn. That’s what they were seeking.

One of the things that was hardest for me to accept, once I had my first book published, was that people—whether in an individual setting, a book club, or a Sunday school class—like to talk with authors. The simplest things that we’ve experienced in our climb are fascinating to non-writers. In this way, we find ourselves sort of celebrities. And we have to be careful about that.

Most of my life I’ve considered that pastors and church staff members were on the front lines of sharing the Gospel with the rest of the world. It wasn’t until I saw my name on the cover of a book, fielded my first questions about writing, had someone ask about my book, that I began to realize that I was part of that group as well. How various authors shared an aspect of the Good News would be different, depending on their audience and the way the writers communicated that message, but each of us in our own way is a preacher, just as much as the person who stood in the pulpit and proclaimed what the Lord had laid on their heart. As such, in much the same manner as sports figures and celebrities, we are role models, and should behave as such in everything we do. We should model what we believe…in our writing, and in our lives. That should be what we’re seeking.

And what of you, the reader? Perhaps you’re not looking for publication. Maybe you’re reading this blog because it’s entertaining and fun. By your very actions every day—what you say, the things you do, the movies and books you choose—you’re providing a witness to a world that needs examples. Are you striving to provide a good one? I’ll end this blog post with a simple question, one that I hope you’ll ponder in your heart in the days ahead. What are you seeking?

On top of that great question, Richard is offering an e-copy or hard copy of his latest novel "A Surgeon's Choice". 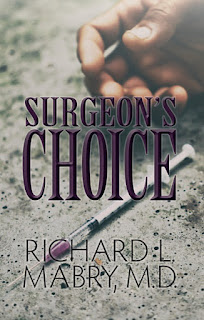 Leave a comment today to have your name tucked into Doc's medical bag... 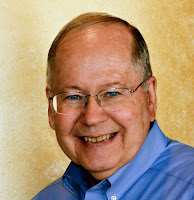 Dr. Richard Mabry is a retired physician, now writing “medical suspense with heart.” His novels have garnered critical acclaim and been finalists for multiple awards. In addition to one non-fiction book, The Tender Scar, he has written eleven novels and four novellas. The latest is Surgeon’s Choice.
He and his wife live in north Texas, where he works fruitlessly to improve his golf game and tries to convince his family that staring into space is really working. You can learn more at his blog and webpage, as well as finding him on Facebook and Twitter.