Even the Best Laid Plans…


Last year our family made a big move. It was one we’d looked forward to for years and our plans had been set in place. Once my husband retired and our youngest graduated high school, we would bid farewell to the suburbs of Ft. Worth and head to the coastal plains of Texas to my husband’s family ranch. There, we would renovate his parents’ house and live happily ever after. 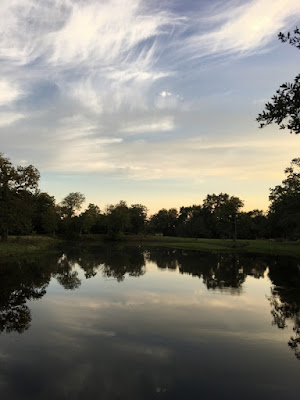 I carefully planned my contract and writing schedule around that move, so all books would be turned in well before the big day arrived. It was a good plan. A doable plan. And I was on track.

Then our youngest decided to change things up a bit by graduating early.

Okay… This is good. We could even bump up our move date from June to March or April. Awesome.

But somewhere along the way, the nagging pain I’d had in my right arm for over a year got the best of me, so I went to the doctor. In January they graciously informed me that I had a torn rotator cuff and would need surgery ASAP.

Being a fairly upbeat person, I thought, “I can do this. It’s just a little speedbump.” Then they told me that my recovery would take the better part of a year AND I would not even be allowed to lift that arm for four months.

What? Four months? But we’re about to move.

I wanted to cry. We’d waited so long. We still had to finish getting the house ready to sell. There was tons of packing to do.

I did cry then. And prayed. And a few weeks later, after the final book had been submitted, I had the surgery. That was February 16th. Yet, by the grace of God, our house went on the market in early April and we moved on May 18th. 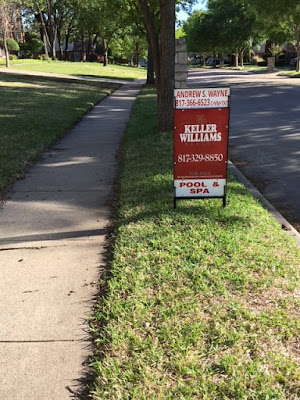 A week later, after we'd somewhat settled into our one-room camphouse (try cramming 3 people, 2 dogs and 2000 sq. feet of stuff into 900 sq. feet), 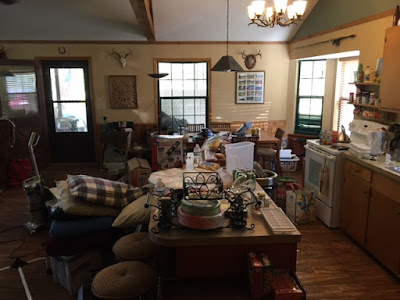 We started demo on our new home. 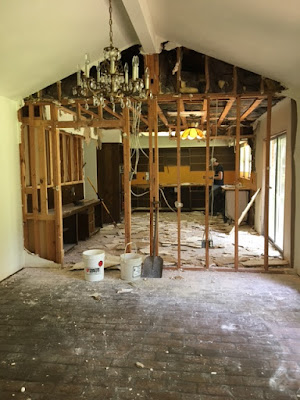 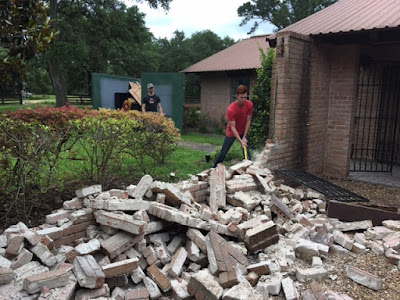 And while that kept us busy initially, I just knew there would be lots of downtime to come, giving me all the time I’d need to get a new proposal submitted before ACFW in September.

Boy, was I wrong. The house ended up being taken down to the studs, then, slowly but surely, put back together. I found myself having to make decisions on plumbing and electrical locations. Not to mention flooring, paint colors, appliances and kitchen cabinets. I painted walls, ceilings and doors. And while it was all good, I was busier than ever, up at the crack of dawn and collapsing into bed after a late supper. And then Hurricane Harvey hit. 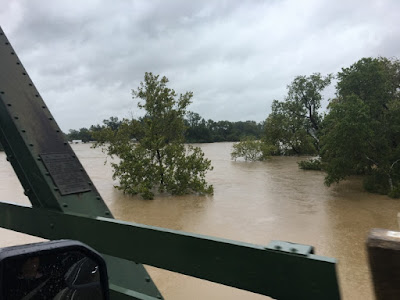 While we suffered no damage personally, our little rural town was hit hard. Work on the big house came to a screeching halt as a community banded together to help those in need. And even though I still had a proposal to write, it suddenly didn’t seem as important.
ACFW came. I went, but still no proposal. I told my editor I’d have it to her by the end of October, then, despite having diligently worked on the proposal, had to let her know it still wasn’t ready. The last day of November, two weeks before we moved into our new home that was originally scheduled to be finished in October, I sent off my proposal.
By now you’re probably wondering why I’m telling you all of this. Proverbs 19:21 says, “Many are the plans in a person’s heart, but it is the Lord’s purpose that prevails.”
We’d planned and planned for our big move. I’d planned to get that proposal knocked out during the downtime I was certain I'd have. Never had I expected I’d suddenly need surgery or that a record-shattering hurricane would strike south-east Texas.
But God…
God wasn’t surprised. He knew all those things would happen.
Sometimes we forget that. So when things don’t go the way we planned, we get discouraged. Frustrated. Dare I say, angry?
So what are we to do during those challenging times when things don’t come together the way we’d envisioned?

So let's talk about this. Are you a planner or do you tend to go with the flow? How do you respond when God derails your plans? And when you leave a comment, your name will go into the hat for a chance to win the first 2 books in my Rocky Mountain Heroes series. 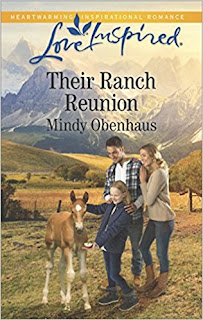 The Rancher Next Door

Single mom Carly Wagner is surprised to learn she'll have to share ownership of the home she's inherited with her first love—and first heartbreak—Andrew Stephens. The man who fled their tiny Western town is back and standing in the way of her dreams to expand her B and B. Now a successful businessman, Andrew has eight weeks to buy Carly out. But Carly's too stubborn to persuade—and too beautiful to ignore. When fire ravages her inn and she and her daughter move in to their shared property, Andrew's in over his head. Time is running out and Andrew must decide: leave and chase another deal…or stay and chase Carly's heart. 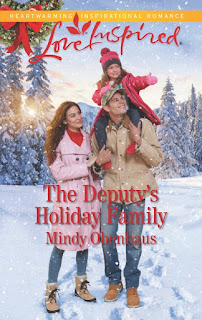 A Family for Christmas
Lacie Collier is determined to give her niece, Kenzie, the best Christmas! But Lacie's got her work cut out for her when they spend the holidays at her Christmas-averse mother's home. With his focus on keeping his own mother's holiday traditions alive, sheriff's deputy Matt Stephens is surprised to see his old friend Lacie back in Ouray. He's always regretted that their friendship became strained after he started dating her sister in high school. But it's pure shock he experiences when he sees Kenzie, whose uncanny resemblance to Matt is undeniable. This Christmas will bring new memories for Lacie and Matt...if they can open themselves to the possibility of love. 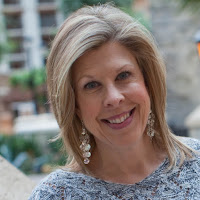 Three-time Carol Award nominee, Mindy Obenhaus, writes contemporary romance for Love Inspired Books. She’s passionate about touching readers with Biblical truths in an entertaining, and sometimes adventurous, manner. When she’s not writing, she enjoys cooking and spending time with her grandchildren at her Texas ranch. Learn more at www.MindyObenhaus.com
By Mindy Obenhaus - March 07, 2018