Who doesn’t enjoy a good series? I have loved them for as long as can remember.

I especially love it when characters re-occur in books. Something about getting a glimpse into their lives, seeing how they’ve continued to grow...To me it feels like catching up with old friends. Part of me always dreamed of writing a series myself. Of course, to do that, I had to get published first. I had no idea what writing a series entailed. I hadn’t had any formal writing training or attended conferences.

When I entered Love Inspired Suspense’s Killer Voices contest, I had an idea for a series. But it wasn’t until I started to write that series that I realized I had a problem. There were so many ideas and details to remember, details that even I as the author had trouble keeping track of. What color were Seth’s eyes? How old was Irene, Jace’s sister? Even something as simple as names became crazy. I couldn’t remember what I had named some of the background characters. Which is why I have two characters named Martha. One in Presumed Guilty and one in Plain Target. At that point, it became apparent that I would need to get organized or this project was going to become a nightmare.

A friend recommended keeping a notebook with notes. So I did. But that wasn’t enough. Then I started keeping a character chart. Which was fine, except when I left it at home because it wasn’t with my notes. Then I stumbled across the idea of a series bible on Pinterest. I decided to try it. 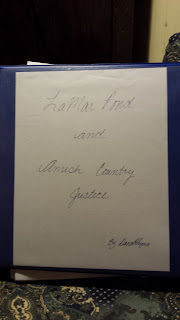 It doesn’t look like much on the outside, but it’s loaded with stuff on the inside. 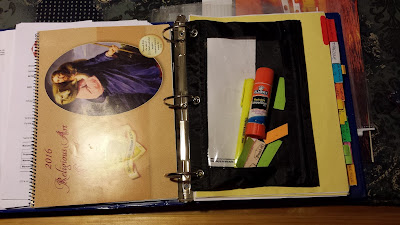 1.     The first thing I did was I found all of our old calendars. I have started to map out my plots on calendars while I’m writing my synopsis. That way I have a linear vision of the time frame of the story.

2.      I wanted to keep my characters straight. I have a section for a chart I made for the characters. Names, role in the story, age, physical description, their special talents, and whatever books they are in. I update it as I go along.

3.      The next tab is for the timeline of the series. I update this with new information each book. How old is so and so’s children, Marriage dates, any changes between books, that sort of thing.

4.      Each book gets its own tab. For each tab, I have color post its as markers. For every book I include its synopsis or plot outline, any notes my editor or critique partners made, pictures that I have found that go along with the story (Character images, houses or scenery, special items of significance).

5.      In the pockets of the binder I keep worksheets that I might use when I’m developing my story.

This system isn’t perfect. However, it has made my writing a little less complicated. I just turned in my seventh book set in the fictional Pennsylvania town of LaMar Pond. I truly believe I would have pulled out all my hair had I not had a way to keep everything straight.

Thanks for stopping by to visit! I’d love to hear about any tricks you use to organize yourself, whether at work or at home. (I can always use tips for organization in the home!)  I’d also love to hear about some of the most memorable series you’ve read. What drew you to them?

I’m giving away two books to commenters on this post. One reader will win a copy of my December book, Amish Christmas Abduction. 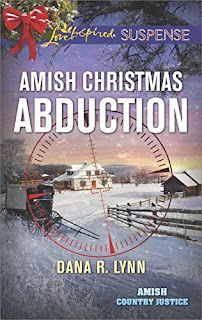 One writer will win a copy of the book The Story Equation by Susan May Warren. It’s one of my go-to books when I’m plotting and getting to know what makes my characters tick. 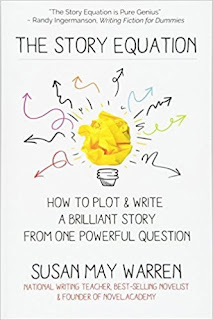 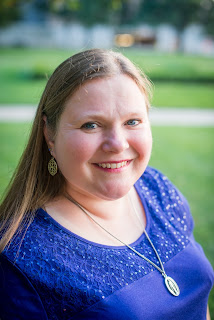 Dana R. Lynn grew up in a suburb of Chicago, Illinois. She was blessed to belong to a large, boisterous and loving family. Even as a child, she was in love with the written word. Trips to the local bookstore and library were frequent and long, and she never left empty handed.
As an adult, she fell in love with Deaf culture. She works as a teacher for the Deaf and hard of hearing. She has also worked as an educational interpreter. She might have stayed in Illinois, but God stepped in.
She met her husband at a friend’s wedding in Pennsylvania. And knew. Returning home, she informed her parents that she had met the man she would marry. And she did. Now she makes her home in Pennsylvania with her husband, her children, and enough animals for a small petting zoo.


She enjoys writing stories with heart-stopping suspense and romance.