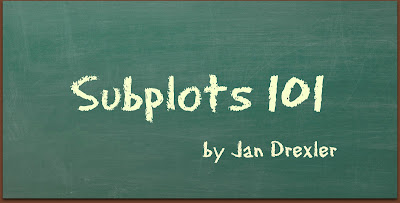 Think back to your school days. Specifically, to your high school English class.

Think of that reading assignment you enjoyed…until you were in class the next day and the teacher started throwing out words like ‘theme’ and ‘plot.’ Why couldn’t you just enjoy the story?

The thing is, you can enjoy reading a story without dissecting it. But if you’re going to write a story – a good story – you need to know the details that you ignored in your high school English class. 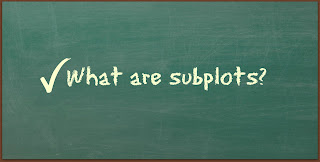 First, we need to know what a plot is. The basic definition is: The main events of a story presented by the writer in a sequence.

Think of the plot as an interstate highway. If you’ve ever traveled across the country on I-70, you might have noticed that the highway often intersects with the old highway, US 40. Look at a highway map (like Google maps) to see what I mean. The span between Indianapolis and St. Louis is a perfect example.

I-70 is the main plot. It takes you straight from Indianapolis to St. Louis in a sequence of cities and rest stops. But US 40 takes a parallel route, with stops in small towns and views of rural America that you don’t see from the interstate, adding interest and depth to the journey.

That’s what a subplot does for your story: it adds interest and depth to the plot. But don't forget that the subplot also needs to be directly related to the main plot. You don't want to have two completely different stories going on at the same time. Like the highways, they need to intersect on a regular basis. 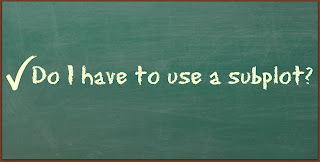 The decision to use a subplot, and how many subplots, depends on your story. In my stories for Love Inspired, I usually have one subplot. In my longer stories for Revell, I will have several subplots.

In a shorter novel, it’s important to concentrate on the main plot. You want your characters to get from point A to point Z without a lot of detours. The action moves quickly, and you don't have a lot of time to wander around in secondary character's stories.

In a longer story, you need subplots to give the story substance. In a story of that length, you have the time to explore all the issues and ideas that the main plot might suggest.

For instance, in “The Sound of Distant Thunder,” my September 2018 release from Revell, my Amish characters are dealing with the effects of the Civil War on their Ohio community. How many issues are brought up in this main conflict? I found several! I use subplots and secondary characters to explore the choices and challenges my characters face. 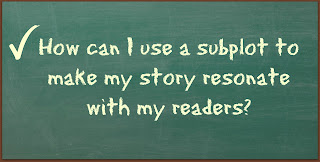 I’ll use my book, Naomi’s Hope, as an example. (spoiler alert!)

The main plot centers around motherhood and loss. Naomi’s adopted son, Davey, is curious about his birth family and longs for a father. As Naomi deals with the fear of losing her son, she needs to learn to trust God to keep Davey safe and to bring the situation to the conclusion that pleases Him.

For one of the subplots, I used Naomi’s sister Mattie as the secondary character who has a parallel experience. At the beginning of the story, Mattie is dealing with the burden of infertility. She becomes pregnant, but then suffers the loss of the child part way through the pregnancy.

Do you see how Naomi’s and Mattie’s experiences are similar? Both love a child that they must face relinquishing through no choice of their own. They both learn that their response to the situation makes all the difference.

By including Mattie’s story, I broaden the effects of Naomi’s story. Naomi’s situation tells the story of motherhood and loss from one perspective. Mattie’s story provides a different slant, strengthening the effect of the theme of the story.

If you’re a writer, how do you use subplots in your stories? Have you thought about the role they play?

If you’re a reader, what are some of your favorite subplots?

I’m giving away a copy of Cheryl St. John’s “Write Smart Write Happy” to one commenter today. Even though Cheryl wrote this book for writers, I think it provides wonderful inspiration for anyone who wants to take control of the details of their life so they are free to enjoy whatever creative endeavor they engage in.