When you close Seekerville for a Monday holiday without a Tuesday guest, then you have a TWO DAY GAP.

I am so totally not a fan of two-day gaps, so I'm here to just throw something down...

And to do that, let's talk historical romances.

I had just gotten a lovely historical proposal done when LIH announced they were closing last year. I could have sought other publishers, but what a perfect opportunity to create a series and release it myself in the 2018/2019 winter season!

So that's what I'm doing behind the scenes. And it's so much fun to see these stories come alive and delve into the lives of my South Dakota town "Second Chance" South Dakota, circa 1887- and on... 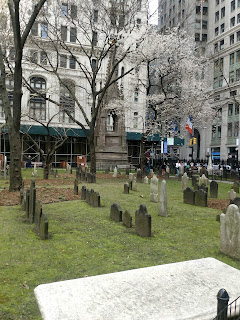 Historical research doesn't begin on the plains of the prairie... for me it begins here, on what used to be the shores of the New York Harbor. This is the cemetery at Trinity Episcopal Church in Lower Manhattan. 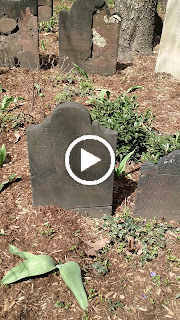 I'm hoping the video comes through this time.... If not, here is what it says:  "Here lies James Palmer who died the twelfth of April, 1802. Aged six months, fifteen days."

Old graveyards are filled with story. Lost children. Women lost in childbirth. Disease. War. But mostly filled with these young people, a "first" family wiped out by illness only to have a similar thing happen to the "second" family. Raising children past age five was a milestone! This cemetery used to lie at harbor's edge but island growth via subway tunnels has "pushed" it several blocks back. But here it lies, in the middle of Wall Street and Big Business and Fancy Finance. A small spot that harkens back to our beginnings... to those first brave souls that ventured across the seas for religious freedom.

We are so blessed by these times in so many ways. Medical care and vaccinations and urgent care and well-baby visits... and interventions for struggling children! What a time!

But as we can see on the weekly/daily/24 hour news, our children are suffering in very different ways. Why is that? Why do children hurt, harm or waylay others?

Why would children bring weapons to school?

Why do we have so many young people needing mental health interventions?

I don't have answers to these questions. As an author, though, each varying set of circumstances brings forth the possibility of stories... of reasoning why we do what we do.

In the past parents valued the sanctity of their children because they buried so many babies.

Have we lost touch with that? With our faith? With moral standards?

While moral standards had strict parameters that could be stifling (think Jane Austen to modern times) those standards helped enforce rules of acceptable behavior.

When did we change those rules and how does that affect the presentation of a contemporary story?

Just some stuff to contemplate on a day with no carry over!

It's farm season and yard upkeep time. The snow is gone and has revealed SO MANY THINGS to do!

But I'll stop in to chat with youse and we can talk about old times... what made people work so hard to better themselves?  To cross an ocean in a wooden boat, then a country in a wooden wagon.

Could we do that today? Or maybe the better question is would we? :)

I hope you look forward to winter's historicals being released... because I know I sure do! 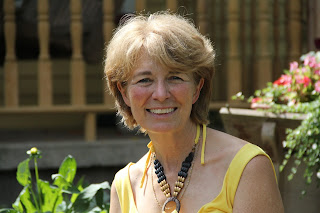 Multi-published inspirational author Ruth Logan Herne lives on a pumpkin farm in upstate New York with a whole bunch of big and small people, a couple of dogs, a few cats, mini donkeys and way too many chickens! She writes beautiful stories with unforgettable characters that touch the heart... and the soul. Find her at ruthloganherne.com and on facebook and Twitter!