Write Confidently and From the Depths of Your Heart

Melanie Dickerson here. This post was inspired by one of my favorite websites, Dictionary.com, and all the great quotes I discovered there. I could actually do a whole post on Dictionary.com, but I shall refrain from foisting my word-nerd-ness on you all.

“The worst enemy to creativity is self-doubt.”
- Sylvia Plath
Truthfully, I’ve never been particularly confident. But when I write, I become a different person. I write fearlessly, pouring everything into the story. I don’t want to hold anything back. Or at least that’s my goal. So I love the Sylvia Plath quote above. Never doubt yourself or your story. Yes, you should listen to advice from people who know what they’re talking about. Yes, you should always revise a story several times and never be afraid to ruthlessly cut, change, and rewrite. But ultimately, you have to believe in yourself, your ability as a storyteller, and your story.

“Believe in yourself and there will come a day when others will have no choice but to believe with you.”

Remember that the next time you get rejected.

"Just trust your own voice. And keep exploring the things that are interesting to you."

Exactly. If you love something, chances are, some other people will love it too. For me, it was romance and fairy tales and Medieval Europe. Three things I loved, and I didn’t even realize how much I loved them until I started exploring them and writing my fairy tale retellings.

"Do not fear failure but rather fear not trying."

Keep trying. Keep writing. Never give up. You have to fail a lot in order to succeed. Just ask J.K. Rowling about her “loads” of rejections for Harry Potter. Or Kathryn Stockett about her 60 rejections for The Help. My own first published novel, The Healer’s Apprentice, received 32 rejections from agents and publishers. It took two years to get an agent, another year and a half to get a publisher. Never give up.

So start challenging and shaking it up! It’s our job. Don’t play it safe. That book idea that you’re not sure you could ever do justice? That’s the very one you SHOULD write.

So let’s shake Seekerville up today by having a party!!!

Yesterday was Release Day for my 14th published novel since my first book came out in 2010. And I’m ready to celebrate. I want to give away two hardcover copies of The Orphan’s Wish to someone who will be bold and brave and tell us about at least one of these quotes and how it inspires you. Inspire yourself and others! 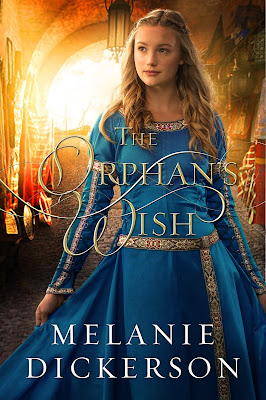 The Orphan's Wish is an Aladdin retelling that can be read as a stand-alone, but is also the 8th book in the Hagenheim/Fairy Tale Romance series. Jordan, the Read. Eat. Repeat. blogger, says in her review: "Aladdin struggles with his past, the fact that he is a poor orphan who was forced to steal as a child, and that shame plays out as he strives to please everyone in his life, from his priest to his teachers, to his employers and certainly Lady Kirstyn. Though it manifests differently, Kirstyn struggles similarly, often feeling overlooked or forgotten among her many siblings. Both find that the thing that draws them together is the ready acceptance that they show each other despite imperfection. . . .In the end, this story is about friendship, faith, and loyalty." 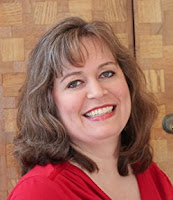 Melanie Dickerson is the New York Times bestselling author who combines her love for all things Medieval with her love of fairy tales, and combines her love for Jane Austen with romantic suspense. She is a Christy Award winner, a two-time Maggie Award winner, winner of The National Reader's Choice Award and the Carol Award in Young Adult fiction. She recently won the Golden Quill Award in the Sweet Traditional category for her Regency story, A Dangerous Engagement. Two of her biggest thrills in life have been meeting Beth Moore and seeing readers' reviews of her German and Polish versions of her book, The Huntress of Thornbeck Forest. Visit her on the web at http://www.MelanieDickerson.com.