A New Twist on an Old Setting

Louise M. Gouge here. I had the privilege of writing fifteen books for Harlequin’s Love Inspired Historical imprint before that line was discontinued in 2018. As a historical writer, I can’t seem to get into writing contemporary stories, so I sadly parted company with Love Inspired. So you can imagine my surprise and delight when I learned they would be reprinting my very first LIH book, Love Thine Enemy (2009). Even more delightful is that my book will come out in an anthology alongside a book that impacted some of my future LIH novels: Laurie Kingery’s The Outlaw’s Lady. More about that in a minute.

Love Thine Enemy takes place during the American Revolution in, of all places, Florida! Did you know East Florida and West Florida were British colonies that very well could have joined the revolution when our original thirteen colonies broke with England to form the United States of America? Not only that, but East Florida—St. Augustine in particular—was a haven for countless colonists who remained loyal to the Crown? When I learned that tidbit of history, I knew I had to write about it. Being a romance writer who’s always looking for character conflicts, I also knew my hero and heroine had to be on different sides in the war. That’s when the fun began. Here’s the back-cover copy. 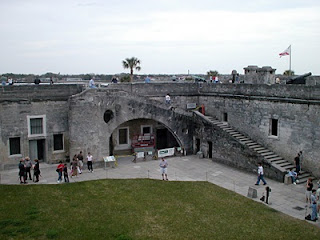 The tropics of colonial Florida are far removed from America’s Revolution. Still, Rachel Folger’s loyalties remain with Boston’s patriots. Handsome plantation owner Frederick Moberly’s faithfulness to the Crown is as certain as his admiration for Rachel—but for the sake of harmony, he’ll keep his sympathies hidden. After all, the war is too far distant to truly touch them…isn’t it? A betrayal of Rachel’s trust divides the pair, leaving Frederick to question the true meaning of faith in God and in country. Inspired by Rachel to see life, liberty, and love through His eyes, Frederick must harness his faith and courage to claim the woman he loves before war tears them apart.

Sound exciting? I hope you think so.

A longtime resident of Florida, I had no trouble scouting out my settings. I knew that beyond the hero’s Loyalist beliefs, alligators, poisonous snakes, mosquitoes, and a garrison of British redcoats had to provide further danger for my Patriot heroine. Easy-peasy for a romance writer. But where in this sparsely populated colony should my action take place? With Florida providing valuable indigo to dye the blue uniforms of His Majesty’s Navy, an indigo plantation would be the perfect setting for the hero, especially if it’s near a small settlement where the heroine’s father owns a mercantile. But my characters must make a trip to St. Augustine and visit the governor’s mansion and the garrison at Fort St. Marks, so they sail up the St. Johns River by boat, then take a ship from Mayport to St. Augustine, all in the Florida heat. Danger is found at every turn of the river. My husband and I had great fun visiting picturesque 500-year-old St. Augustine, gathering research information about the times, and snapping a few pictures. We visited the colonial governor’s mansion and many shops that look just as they did in the 1700s.

Here’s a fascinating historical tidbit: On the orders of American General George Washington, several sorties into East Florida were advanced by the American Patriots, but none succeeded. Thus, the two Florida colonies remained under the control of the British. As more Loyalists fled to East Florida to escape the American Revolution, they held the line against Patriots who tried to breach their defenses. Just imagine of how different history might have been if Washington had accomplished his dream of winning this front of the American Revolution. Read more about it in Love Thine Enemy. 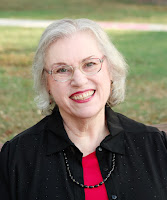 Florida author Louise M. Gouge writes historical romance fiction. She received the prestigious IRCA in 2005, was a finalist in 2011, 2015, 2016, and 2017; and placed in the Laurel Wreath contest in 2012. A former college English and humanities professor, she and David, her husband of fifty-four years, enjoy visiting historical sites and museums. Please visit her at https://louisemgougeauthor.blogspot.com , https://www.facebook.com/AuthorLouiseMGouge/, Twitter: @Louisemgouge. I love to hear from my readers. Please feel free to write to me through my website.

Question for my readers: Did you know Florida was a British colony during the American Revolution? If you had been a Patriot in those days, where would you prefer to live? In the northern colonies? Southern? Please tell us why you would make that choice.

As promised, I want to tell you why I’m honored to be with Laurie Kingery in this anthology. When I read The Outlaw’s Lady in 2009, I fell in love with her characters and was enthralled by her story. She took me back to the Old West that I loved while growing up in Colorado—John Wayne movies and the real-life cowboys I went to high school with. Further, Laurie’s story inspired me in my own cowboy stories. After writing seven LIH books set in the Revolutionary War and Regency eras, I turned to my roots and wrote eight LIH westerns. Thanks, Laurie!

Hi! Laurie Kingery here.
As a native Texan, I’ve found it natural to set my historical romances in Texas. In my opinion, few other states have such a rich history, with many events involving men and women such as my hero, Sandoval Parrish, and my heroine, Tess Hennessy.  So I was thrilled when Love Inspired decided to reissue The Outlaw’s Lady, paired with Love Thine Enemy by my fellow LIH author Louise M. Gouge. 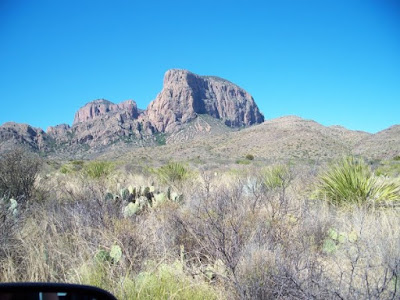 Historical authors must research their eras to make the background of their stories accurate and believable. Fortunately, I love historical research. The Outlaw’s Lady required research on such interesting topics as antique photography, called daguerreotypes, the terrain of southern Texas and northern Mexico, the Texas Rangers, and famed Civil War photographer Matthew Brady. My story is set in 1880, a time when strife and cattle rustling were common on Texas’s southern border. I had to understand the process of developing daguerreotypes to make it conceivable that Tess could be rattling around southern Texas and northern Mexico in the company of her kidnappers while developing photographs. Here’s the story:

Rebellious rancher's daughter Tess Hennessy seeks adventure—and that's what she gets when she's abducted to chronicle the Delgado gang's exploits! Yet her kidnapper, gang member Sandoval Parrish, isn't what she expected. There's more to the mysterious outlaw than he shows—signs of gentleness and devotion that soften Tess's heart. Sandoval has one goal: retribution for the sister Delgado ruined. He hasn't the time to fall for the stubborn, beautiful photographer whose pictures he needs as evidence. But what can Sandoval do when his plan puts Tess in danger? Torn between the drive for revenge and a newfound love, Sandoval will need his renewed faith to resolve the past…and claim his future. 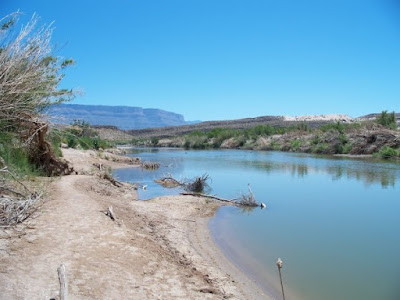 I love fish-out-of-water stories. Gently reared Tess is definitely out of her element among her dangerous Mexican kidnappers and the enigmatic, half-Mexican Sandoval, who may or may not be a traitor to Texas. I hope you enjoy Tess and Sandoval’s love story as much as I did in creating it. You may contact me at LaurieM440 at aol.com or on Facebook as Laurie Kingery. Thanks! 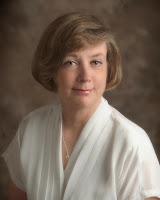 Laurie Kingery began her career as a published author in 1987 under the pen name of Laurie Grant, writing medieval and later western historical romance.  She wrote for Leisure and Warner books, then Harlequin Historicals. Then Harlequin opened up a Christian line of fiction, first known as Steeple Hill, and as a Christian, Laurie felt her writing should reflect her faith. Steeple Hill became Love Inspired Historical and LI suspense and contemporary. She wrote 15 books for them before they closed their historical line. Like Louise, she didn’t feel drawn to writing contemporary stories. Also, ill health has made it impossible for her to spend long hours at the computer at this time. So Laurie was thrilled when Love Inspired decided to reissue The Outlaw’s Lady along with Louise’s fine story and extend her career. When not writing her books, Laurie was a 47 year veteran RN at a level one trauma center ER. Medical knowledge often came in handy in her writing. A resident of Ohio, she lives with her husband Tom, whom she met via eHarmony, and their two dogs. Between them, Laurie and her husband have five grown children and thirteen grandchildren. 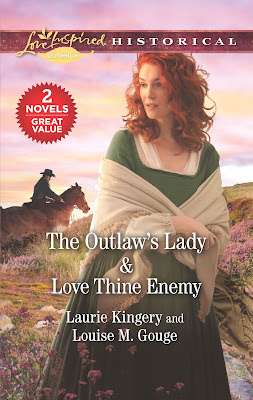 Laurie and Louise have both offered to send out copies of the anthology to two U.S. readers. Leave a comment below to be entered.... and
By Ruth Logan Herne - May 31, 2019