As I was gathering information to begin the writing of On a Summer Tide, I spent time roaming through remote islands along coastal Maine. Original research enhances a book in innumerable ways—from how the terrain looks, to the effects of weather, to unique and credible details gathered that only come from on-the-ground visits.

The effort and expense to travel across the country to Maine was well worth it. In fact, I would say it changed the story I had in mind and took it down a different path. I learned a few things about year-round island living, how seasons affect locals, how time is marked, and wove them in to make this story believable.

Here’s six things I learned from an island in Maine:


Yes, people need people. And authors need readers. On a Summer Tide is the first in a new series—a
new genre!—for me, called ‘Three Sisters Island’. It’s a story about a dad who realizes his young adult daughters are growing increasingly estranged. In a desperate attempt to keep the family together, he buys a bankrupt island off the coast of Maine. His daughters think dear old Dad is ready for the looney bin, but don’t count him out too quickly. This clever dad seems to know that there’s just something about an island…

Jan here: Thank you, Suzanne, for a wonderful post and a glimpse into Island Life. I'm looking forward to reading this series!

And for the Seekervillagers, Suzanne is graciously offering a copy of "On a Summer Tide" to one commenter! Your choice of paperback or e-book! Just let us know in your comment if you want to be entered in the drawing. 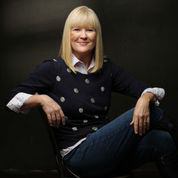 Christy award nominee Suzanne Woods Fisher writes stories that take you to places you’ve never visited—one with characters that seem like old friends. But most of all, her books give you something to think about long after you’ve finished reading it. With over one million copies of her books sold worldwide, Suzanne is the best-selling author of more than thirty books, ranging from non-fiction books, to children’s books, to novels and lives with her very big family in northern California.