Eliciting Emotion in your Characters and Your Reader

Hello everyone, Winnie Griggs here.
Back in Jan 2018 I wrote a post here on Seekerville about a workshop I was developing on the subject of evoking Emotion. It was just a rough outline at that point with a few of the bullet points filled in. Well, last month, I along with two other authors, gave that workshop at RWA Nationals in New York so I thought I’d do a follow up post with the other elements I developed for the presentation.

So here it is:

One of the ingredients that will take your story from good to great is the infusion of organic, realistic, believable emotions. It’s what causes the readers to care about your protagonists and what draws them into the story and turning the pages.
Marion Bauer put it this way: "People read fiction in order to feel, to have strong feelings in a context of safety. The thrill of danger without the threat of harm. Cleansing tears, but without loss. Even laughter, dignity intact."

Before I start, though, I need to say that most of the examples I’ll be using here will be from my own work, not because I think I do it better by any means, but simply because I knew right where to go to pull specific examples.

The items I covered in the January 2018 post are:

Though I expanded a bit on those for the workshop, I won’t repeat them here. Instead, let’s move on to WORD CHOICE. 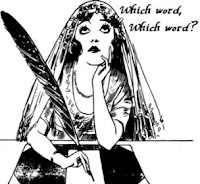 Focusing in on specific key details with your Word Choices can indeed affect mood and emotion.

Consider this bit of description from my book A Matter Of Trust:
The heat of the day was softened by the dappled shade of the woods.  She and Toby were out to enjoy  an afternoon of picnicking and berry picking.  Lucy stepped over a knobby root and paused while Toby studied a shiny beetle lumbering up the side of a hickory tree. They’d been strolling along this leaf-carpeted trail for about thirty minutes now, and the creek crossing was just past the bit of leafy brush up ahead.  Some of the choicest blackberries in the county grew there. And Toby deserved to have a bit of fun today.

The hot summer sun slashed down through the spidery shadows of the too-quiet woods.  She and Toby hoped to spend the afternoon gathering the blood red berries that grew near the old creek.  Lucy stepped over a gnarled root and paused impatiently while Toby eyed a large beetle fleeing up the side of a dying tree. They’d been picking their way along this twisting, rocky trail for about thirty minutes now - thank goodness the creek crossing was just past the clump of thorn bushes up ahead.  Some of the best berries for making her potion grew there.

Though on the surface these are two views of the same scene, just by the word choices made I’ve set two very different moods, evoking different sets of emotions.
In the first version, the reader will assume that the characters are enjoying themselves and that the outing is a pleasant one. In the second example, the reader sees this as a much more ominous experience for our characters and will feel some level of anxiety about what comes next.

Of course it doesn’t have to be this dramatic. Simply describing someone as crying as opposed to bawling with gut-wrenching sobs, or a sky as cloudy versus one that’s ominously overcast will elicit different depths of emotion from your reader.

Another way to heighten emotion, is to sharpen and focus it for the reader. You can do this by OBJECTIFYING and CONTRASTING the emotion.

To objectify an emotion, you either give it a physical manifestation, such as:

Or you can use metaphors and similes

Comparing the emotion is just what it sounds like, you compare the emotion the character is feeling to other times when similar feelings arose


You can also contrast the character’s emotion toward a particular person or situation at this point in time to their emotion to the same or similar situation earlier in the story. This would be a good way to show emotional growth. 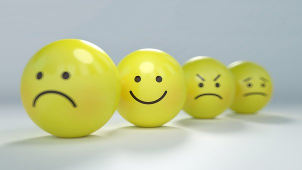 A well-crafted scene will evoke emotion of some sort, both in the characters on the page and in the reader.
But, these won’t necessarily be the same, and that’s ok, as long as it’s deliberate.

A good writer will choreograph her scene to tease the emotions she wants from both the characters and the readers.

This next example is pulled from The Unexpected Bride. The set-up is:  The heroine Elthia and her pet Yorkie have just arrived at her destination via stagecoach and is about to disembark.

She picked up the basket that served as Poppy’s carrier, tightened her hold on her parasol, and shifted forward.  Moving to the door as if it were heaven’s gate itself, she barely avoided a tumble when the coach lurched and then stilled again.
“Ooof!”
She turned to apologize to the passenger she’d inadvertently jabbed with her parasol.  “Mr. Jenkins, I’m so–-”
“Watch out!”
Elthia pivoted, this time carefully pointing her parasol toward the floor.  “Oh dear, Miss Simms, I didn’t mean–-”
The matronly woman gave her a tight smile as she straightened her tipsily-angled hat.  “That’s all right, dear.  This is your stop, isn’t it?  You just go on now.  Don’t want to keep whoever’s meeting you waiting.”
“But–-”
“No, really, just go on.”
Elthia looked around.  Several other passengers were enthusiastically nodding agreement.  Really, this was just the nicest group of people.  Especially considering the fuss Poppy had made with his yipping eagerness to get to know the other passengers this past hour.
She gave them all a big smile, then stepped through the coach door, ready to begin her new life.

Now we have quite a range of emotions here:

The key here, is to make certain you are aware of these dual perspectives and that you are deliberate in how you nurture them.

What you DON’T want to have happen is to inadvertently craft a scene that you intended to be dramatic but that causes your reader to roll their eyes or snicker, or to craft one you intend to be comical but that falls flat or outrages your reader.

A few final things to consider: 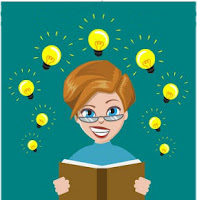 There you have it – my take on how to effectively evoke emotion in your writing. Did any of this resonate with you? Do you have some insights or tips that I missed - please share!

Leave a comment to be entered into a drawing for winner's choice of any book from my backlist. 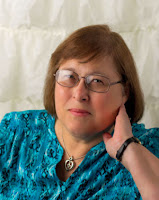 Award winning author Winnie Griggs has written both single title and category romances. She has published with three different houses since her debut in 2001 and has 25 books (and counting) in print.  Her work has won a number of regional and national awards, including an RT Reviewers’ Choice Award.

Winnie is the wife of a rancher and the mother of four exceptional children.She has a BS in Mathematics with a minor in Computer Science, as well as an advanced degree in the art of procrastination. Winnie is also a list maker, a tea drinker and lover of dragonflies.