Have you ever wanted to incorporate an unusual experience from your life into a story yet hesitated? As you read the following excerpt, I’d like to encourage you to be brave and honestly ask yourself, “Is my experience more unbelievable than facing off with a fearless hitchhiking mouse???” Read on then see what this author has to say about her experience…

Something tickled against Julia’s leg as she drove. She looked down but didn’t see anything. The cloth of her slacks must have shifted against her skin.

“What sort of house are you looking for?”

“Well, something with character and close to town.”

The tickle happened again. She shook her leg as Henry continued to talk. The tickle moved up to her knee. She glanced down, and her breath congealed into an unlocked scream in her throat.

On her knee, looking around as if it was the most normal thing to do, sat a tiny, brown field mouse.

“I’ve always loved the rock homes, or even barns people have refurbished to maintain the general appeal of Derbyshire’s countryside and architecture.”

Oh no! Henry! She had to keep him from knowing the mouse was in the car with them. After all, she’d promised to protect him. She focused her gaze forward and pushed words from her throat. “Rock houses? And…um…what do you mean exactly?”

He paused and examined her with those marble-like eyes. She forced a smile to encourage him, and with another hitch in the silence, he began explaining the beauty of the gray fieldstone homes sprinkled through the lush green hillsides the mouse moved an inch or two up her thigh. She held in a squeak but couldn’t keep her leg from jerking. Somehow, the little mouse completed a ninja move from the door handle to the edge of the dashboard nearest her window. 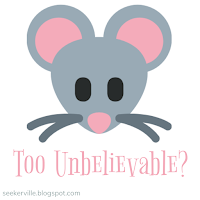 And there it sat, staring at her with its round, black eyes, whiskers twitching as if it knew exactly who to visit next. Her stomach tensed. Her body froze. How could something so small be so unnerving?

Henry continued to talk, thankfully oblivious to the entire situation, but Julia quickly took inventory of the road ahead. One the right, the road dipped into a deep ditch. On the left, there was oncoming traffic.

When was there ever so much traffic on this isolated country road?

She gritted her teeth together.

When there was a mouse loose in her van and a mouse-phobic hero trapped inside, that’s when.

She examined the passing landscape. They weren’t going super fast, so maybe if she rolled down her window, she could just flick the mouse out.

Henry’s words came to a stop. She hadn’t heard one of them, but she conjured up another distracting question.

“How soon do you hope to buy a house of your own?”

He studied her again. “Like I said, as soon as possible. I’ve been saving a long time and had some solid success with my last few projects.”

“Oh, how wonderful. Which movies have been your favorite to write the music for?”

His wonderful voice filled the space again, and Julia reached over to roll down the window. Only an inch at first. The mouse didn’t move, just kept plotting.

Another car passed them on the left.

Another inch. Julia released her hold on the window button and began a stealthy ascent toward the furry rodent, but as the wind fluffed the back of the mouse’s fur, it took off…across the dashboard, stopping directly in front of Henry.

Yep. Henry saw the mouse. There was this moment of a stare-down between man and beast…well, not really. Could a little field mouse be referred to as a beast? From the expression on Henry’s face, maybe.

Julia tried to keep her gaze ahead and somehow prepare to vault in front of Henry should the little rodent decide to leap. She slowed her speed.

“In thirty seconds, I can pull over,” she whispered.

“It’s staring at me.” His voice rasped the words, his face frozen forward.

“I’ve never heard of anyone dying from a mouse attack. I promise. Twenty seconds and we’ll pull over.”

He’d gripped the armrests so hard his knuckles turned white. “I may have a heart attack in ten, because my pulse is playing a hard and fast drumroll in my ears.”

"I’d love to say this scene was fictional because the memory still causes an uncomfortable chill to move up my leg…a memory chill, I guess, but it wasn't. Thankfully, I was alone in my minivan on my way to work, but the entire scene played out pretty much like poor Julia sees it. And, of course, I’d was driving on the ONE STRETCH of country highway where I couldn’t pull over.

Needless to say, when I finally made it to work, I was still shaking…mostly with laughter, but shaking nonetheless.

What happened to the mouse? Well, you’ll have to read the rest of the scene to find out. Needless to say, the whole purse whomping incident was not exaggerated…and I’m sure there were some worried passersby who witnessed my madness too!" - Pepper Basham

Just in case y'all might still be feeling a bit apprehensive about sharing your own experiences, you don't have to rely on only one example… I’ve collected several for your consideration!

“When the peacocks go on the attack in one of my books....yep, that happened to me at the zoo. Who would have thought..." (In Good Company) - Jen Turano

“A late-night skinny-dipping adventure off the coast of Akumal, Mexico, which turned into an unsettling experience when some guy walking along the beach spotted our swimsuits ... & sat down to wait until we came out, became an even more intense scene in my third novel, Altared." - Sharyn Kopf

“The family story that my grandfather ignored the rattlesnake under the table until he finished his fried chicken! Totally retold it in Still Waters!” - Lindsey P. Brackett 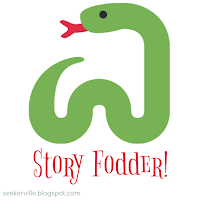 “When my dad was in the army his troop was under attack so he and his friends jumped out a second-story window, landed and ran to safety. My dad landed on his feet (which is horrible for your body) and ended up with knees swelling to the size of volleyballs and damage there for the rest of his life. I gave the hero of my debut novel the same injury/cause.” - Jessica Keller

“In my first novel, Like There's No Tomorrow, with Ian the Scot and Emily the American... the part when Ian was nudged to pray for the person he hated, and how, after doing it and begrudgingly at first, over time, he felt a release from the hate and felt only compassion for the person. Based on a real-life experience of mine.” - Camille Eide

“This happened to me, and I wrote it into one of my contemporary novels.

I drove up to the drive-through window at the bank, removed the canister, put my transaction inside, and returned the canister to the Pneumatic Tube...then sat back and waited for the inside teller to greet me. She did not. In the meantime, cars on either side of me kept moving, which I thought was highly unfair. A couple cars pulled up behind me, and the third car back even honked, trying to “wake up” the teller I presumed. The longer I waited, the more impatient I grew. I even glanced back at one point and threw up my arms at the guy behind me. The grumpy driver did not respond.

After another minute or two, the speaker crackled and the teller said, “Are you just about done out there?” What? I imagine I gave her a dumb look, and that’s when it dawned on me! I had not hit the ‘send’ button. My canister had not even moved! Quick as a fly, I hit the button, shrunk down in my seat, and waited another minute. When the canister came back, I didn’t even bother to count the money. I just skedaddled out of the bank parking lot, hitting a curb on my way to the road. Halfway home, I glanced at the seat next to me. There was the canister!!! That poor, poor man who had been waiting behind me - not to mention the other customers!” - Sharlene Baker MacLaren


Whether your experience is hilarious or miraculous, scenes inspired by your life season stories with something precious and unique, YOU! Stranger than fiction moments are also a great opportunity to connect with your readers by sharing the real story in an author note or your newsletter or on social media! Embrace the outrageous story fodder God has blessed you with, writer friends!


Have you used (or are you considering using) real-life stranger than fiction experiences in your stories? We'd love to hear them and your thoughts on the topic! 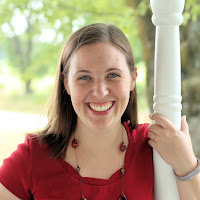 Beth Erin is a Christian fiction enthusiast, book reviewer, and blogger. She strives to edify and connect with readers and authors at Faithfully Bookish and on social media.

Beth also contributes to the Seekerville, Hoarding Books, and Diversity Between the Pages blogs. She is passionate about promoting authors and their entertaining, encouraging, and redemptive stories.
By Beth Erin - August 09, 2019