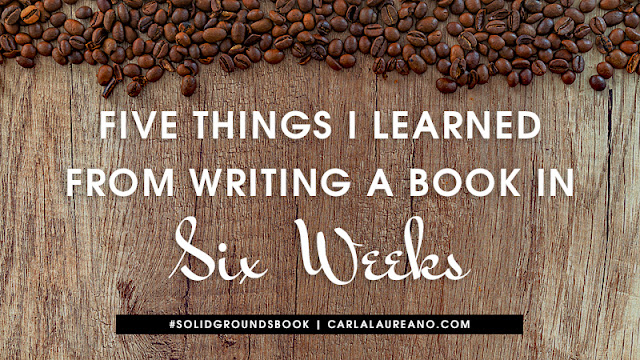 If there’s one thing that I pride myself on, it’s being organized. Which is why I’m embarrassed to admit that I came up short on time during the writing of The Solid Grounds Coffee Company. Typically, I start writing immediately after I get my contract, and I complete a rough draft of my book in eight to sixteen weeks. That gives me time to let it rest so I can return with fresh eyes when I do the first round of edits.

But in the case of Solid Grounds, an avalanche of events rearranged my schedule. I was working on the rerelease of my MacDonald Family

books at the same time, which required some minor revisions and manuscript reviews. I released a stand-alone novella. Then my editor went out on maternity leave shortly after I turned in my book, pushing the edits out further, immediately followed by a month of marketing for the release of Brunch at Bittersweet Café

Before I knew it, I was staring down the beginning of March, with a personal completion deadline of May. Not a big deal since I didn’t have to turn it in until October, except for the fact that when I started publishing, I promised my kids I wouldn’t work more than necessary during their summer breaks. In order to keep that promise, I needed to be finished by the time they got out of school the last week of May, then jump right into edits when they returned at the beginning of August.
Are you dizzy yet? I certainly was.

I sat down at my computer and attempted to write. But health problems crept in. Kid struggles. Family issues. Before I knew it, I was only 20,000 words into my book with only five weeks left on the clock.

I’d like to say that I calmly sat down and prayed for strength and guidance. But I didn’t. I panicked. I worried to friends. I started wondering if I was going to be able to write the book. Finally, after a few days of unprofitable whining, I made a schedule and forced myself to stick to it. And I discovered five pretty amazing things in the process.


If you had told me that I would bang out the bulk of a 115,000-word book in five weeks, I would have replied that you were crazy. I write fast, but I rarely log more than 3,000 words a day. When you consider that I got a slow start for the first two weeks, I actually wrote the bulk of the book in three weeks: 5,000 words a day, 25,000 words a week. I wouldn’t rely on my ability to do that again, but it’s encouraging to know that I could if I had to. 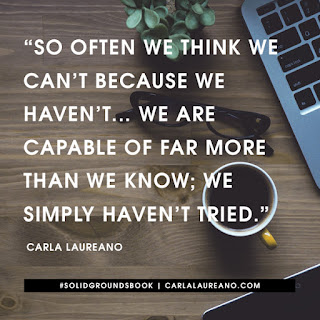 It reminded me that so often we think we can’t just because we haven’t. In truth, we are capable of far more than we know; we simply haven’t tried.


By the time I got through that first 25,000-word week, inspiration was in somewhat short supply. Yes, I was enjoying what I was writing, but half the time, I didn’t know if it was making any sense. I would check my outline to see which chapters I needed to write each day, and then I wrote them. I didn’t look forward. I didn’t look back. It helped that I parked myself at Starbucks each morning and didn’t allow myself to leave until I finished my word count for the day. After several hours of sitting in a hard, slightly uncomfortable chair, I would do anything to get out of there . . . even finish my chapter. It certainly wasn’t inspiration driving the story at that point. It was resolve (and maybe a little bit of desperation).

The prize doesn’t go to the person who is the most inspired; it goes to the person with the resolve and the diligence to get something done to the best of their ability.

3. Writing is like a sport: put in the practice so you can reap the performance.


You would think that the words that I wrote quickly under pressure were pretty terrible, but this was among the cleanest first drafts that I’ve ever turned out. I partly attribute that to the fact that I didn’t have time to tinker as I went or second-guess myself. And because I wrote it in such a short period of time, I was able to hold the full story and the character arcs in my head as I wrote. But most importantly, I’ve written almost a million words for publication. If you count all the rewrites and the numerous unpublished manuscripts that came before, I’m in the range of 2.5 million words of fiction written.

That’s when I realized that I’d been unconsciously training for this writing marathon like an athlete, with dedicated practice over the course of the last twenty-three years. I’ve spent so much focused time on the elements of plot, style, and pacing that I’ve internalized them. Or, to use a terrible sports metaphor, thousands of practice free throws allowed me to nail the half-court shot at the buzzer.

This clearly illustrated to me that time spent writing is never wasted, whether the books are published or not. You’re strengthening your writing muscles and your endurance for when you need them. Every time you employ a technique of fiction writing, it becomes your own, and over time, you can pull it out whenever you need it.


It sounds like I wrote this book through sheer determination, but the truth is, I would not have completed it but for a single faithful friend. Each morning before I started writing, I would check in with my BFF, Lori, and she would pray for me. Had it not been for her faithfulness in praying for my strength and productivity, I know I never could have pulled it off. I could feel her prayers as I worked, and I’ll always be grateful that she stepped in when I needed it so desperately. 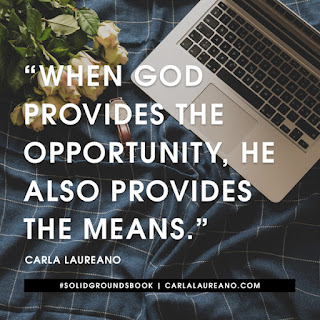 5. When God provides an opportunity, He also provides the means.


There are always moments along the writing journey when we question our path or our purpose. I’ve always wanted to write for a living, and yet I’ve struggled and resisted the process every step of the way, mostly because it’s so much harder than I expected it would be. (If I would just learn to rest in God’s provision, things would go so much more smoothly, but that’s a topic for another blog post.) My friend may have prayed for me, but it was God who showed up when I needed Him. Above all else, The Solid Grounds Coffee Company is a story of redemption, of what happens after the Prodigal Son returns, so I can only believe that someone out there, somewhere, needs to read it . . . and God wasn’t going to let that be thwarted by a stressed-out, behind-schedule writer. I wish every book involved the same level of co-creation with God, but even if it never happens again in quite the same way, I’m grateful to have experienced it once.

About the Book & Author 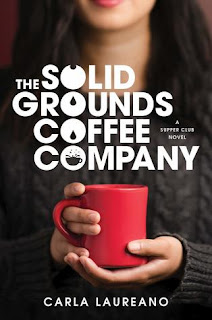 Analyn Sanchez can handle the long hours and arrogant clients that come with her job as a crisis management associate at Denver’s largest publicity firm. The high-powered job, expensive condo, and designer wardrobe are all part of her plan to prove to her family that her life choices haven’t been in vain. But when she’s asked to cover up a client’s misdeeds with serious moral and legal ramifications, she can no longer sacrifice her conscience for her career . . . and the cost is no less than her job.

Ever since a devastating climbing accident in South America eight months ago, and a bad decision that dried up his sponsorships, professional rock climber Bryan Shaw has found himself at similar loose ends. When the opportunity to buy a coffee farm in Colombia arises, he jumps on it—only to discover his wandering ways have left him utterly unprepared to run a business.

When Bryan returns home and offers Ana a role in his company as a solution to both their problems, she’s desperate enough to consider working with the far-too-flippant and far-too-handsome climber, even though he’s the polar opposite of her type A nature. As they delve deeper into the business, however, she begins to suspect there’s much more to Bryan than she’s given him credit for . . . and that sometimes the best plans are the ones you never see coming.

Carla Laureano is the two-time RITA Award–winning author of Five Days in Skye, London Tides, and the Saturday Night Supper Club series. She is also the author of the Celtic fantasy series The Song of Seare (as C. E. Laureano). A graduate of Pepperdine University, she worked as a sales and marketing executive for nearly a decade before leaving corporate life behind to write fiction full-time. She currently lives in Denver with her husband and two sons.


Now it’s your turn: Have you ever had an experience where you had to rely on God to complete an impossible task? How did it turn out? Tell me in the comments below, and you’ll be entered to win a paperback copy of The Solid Grounds Coffee Company.
By Beth Erin - January 31, 2020