It's Not the Idea That Counts

The question that people ask an author is always the same. “Where do you get your ideas?” But it’s not so much the ideas that are the determining factor in a novel—it’s what you do with one after you get it.

Ideas are all around us. Each of my novels and novellas has come from an idea that started out as no more than an idle thought. Walking through a med school parking garage late at night led me to an idea about a kidnapping that occurs there, and resulted in Stress Test. Wondering how a physician would react to a phone call that conveys the worst possible news about his father culminated in Guarded Prognosis. Musing about how a physician would handle a potentially fatal infection in two patients when he has just enough of the curative treatment for one led me to write Miracle Drug. My wife, as we brainstormed, mentioned a female physician finding a cell phone that gives her the instructions that she’ll have to kill a patient to free her kidnapped husband, and it led me to write my latest novel, Critical Decision. 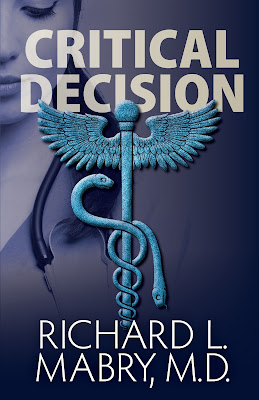 No, the idea isn’t the thing that makes a novel. What sets us apart as writers is what we do with that idea. In addition to the fact that it’s impossible to copyright an idea or concept, it’s also unnecessary. If half a dozen writers start out with the same premise, each will produce from it a different manuscript. That’s called the author’s voice, and it’s unique to each person. Some writers finally find their voice, some seek it for years but never achieve the right way to put the words together. And, like a giraffe, a writer’s “voice” is difficult to describe, but you’ll know it when you see (or hear or read) it. It doesn’t depend on the idea or even the arc of the story that follows. It’s all in what we do with that idea.

Suppose that you actually follow up that idea by writing a novel. By putting together all the words, you’ve joined the small group that has gone beyond just saying “I should write a book.” What now? Resist the temptation to submit the first draft, no matter how good it seems. You revise, and revise, and keep on going until you feel it’s perfect. Then it’s time both to submit and to prepare for rejections. It goes with the profession.

Eventually, after a few rejections, let’s suppose you submit your novel and get it accepted. Congratulations, now you’re definitely in a very small minority. You’re a published author, and surely instant fame and fortune will follow. Right? Sorry. Your book could be one of a million that’s published this year. If your name is Clancy or Rowling, you can probably support yourself on your earnings. But the majority of writers hold down a “day job,” and write, not as a means of support, but because…well, they can’t not write.

What’s the point of this? It’s not necessarily warning the neophyte author of the pitfalls that lie ahead, although there are a bunch. It’s pointing out that, despite the question that is asked of every author about getting an idea, the hard part of writing is what you do with that idea. There’s a long distance that separates an idea and a published novel. But some of us will keep on going down that road. And that’s what makes us who we are. We’re authors.

Ready to travel down that road? C’mon along. It’s hard work, but I wouldn’t trade it for the world.

Ruthy here: Doc has graciously offered a copy of "Critical Decision" to a commenter... so let's see what the lot o' youse has to say today? Are you a writer or a reader? And where are you on your journey in life? 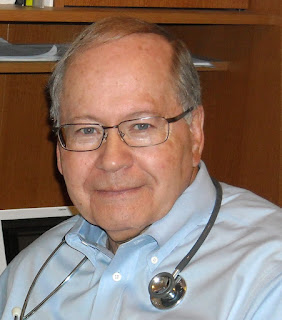 Dr. Richard Mabry is a retired physician, now writing “medical suspense with heart.” His novels have garnered critical acclaim and been finalists for multiple awards. In addition to one non-fiction book, The Tender Scar, he has written eleven novels and four novellas. The latest is Critical Decision.

He and his wife live in north Texas, where he works fruitlessly to improve his golf game and tries to convince his family that staring into space is really working. You can learn more at his blog and web page, as well as finding him on Facebook and Twitter.