Austen, Texas, and the Timelessness of Literature By A.K. Pittman 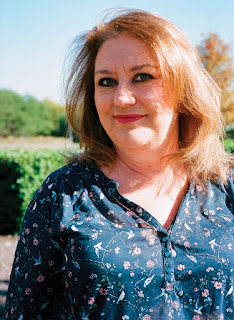 Picture it: Anytown Shopping Mall, 1983. Droves of teenagers roam, in one store and out another, buying mostly nothing, because nobody is really there to shop. No, when a group of girls take a slow, strolling turn past the Foot Locker, the objective is to be seen. Hair teased, jeans pegged and belted, lips glossy, Reeboks clean. Meanwhile, in the food court, boys gather with slices of pizza, sodas, and fries. Watching.

Now, enter a scene from Jane Austen’s Pride and Prejudice. Six people in a room. Firelight, candlelight, crackling conversation. Elizabeth Bennet and Caroline Bingley, arm in arm, take a slow walk around the room. Mr. Darcy watches, knowing exactly what the girls are doing: “. . . you are conscious that your figures appear to the greatest advantage in walking . . . I can admire you much better as I sit by the fire.”

And—just like that—worlds of flirtation, of courtship, of wiles and winks collide.

Full disclosure: I am not an Austen fanatic. Fan, yes, but I’ve never been particularly fixated on her works. What consumes me? The 80’s. When I knew I wanted to write a novel for the YA market, I knew I had to set it in the 80’s. The character Pudge arrived fully formed—a girl who somehow successfully hides her confidence. Then, one day, the title: Pudge and Prejudice, and nothing has ever seemed more perfectly paired.

The beauty of Austen’s work (here, as in others) is the sheer number of storylines to follow. Once could say P&P is a novel of romance, of family, of sisterhood, of friendship, of class war, of womanhood, of second chances—and each statement would be correct. It’s just so malleable. Traces of it live in any novel written since.

But I didn’t want just traces. I wanted to pick it up whole cloth and bring it into my world—at least the world of my obsession: 1980’s, high school, Texas.

Why high school? The stakes for the Bennet sisters in the novel are so high. Marriage. Social standing. Reputation. So, substitute marriage for boyfriend, and you’ve basically got high school. Moving the story to a high school setting allows for a certain playfulness. Gives some breathing space. Nobody’s future is really at stake here. But try telling that to the fifteen-year-old girl pining for a certain boy. There’s an unparalleled passion to first love—requited or not. And don’t get me started on the pain of that first broken heart. Because the cast of Pudge—Elyse and Jayne, Billy and Charlie—see their world’s end at the edges of the school campus and the football field, the reader can feel that with them. Teenagers are, for the most part, blissfully unaware of life beyond high school. So, for my readers who live in that world, it’s a safe, familiar place. And for their parents (who I really hope will read the book, too), it’s a glimpse back into a simpler time, no matter what their graduation year. 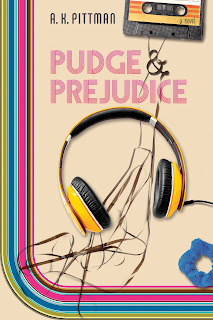 So, why the 80’s? I dunno, maybe it’s because I graduated in 1984, but I feel like the 80’s were the last vestige of innocence. There were still limits, everywhere. We had cable television, but if you wanted to watch a show that aired at 9:00 p.m. on a Thursday, you pretty much had to be sitting in front of your television on Thursday night. And prepare to watch the commercials. If you wanted to see a movie, you had to go to a theater, unless you were lucky enough to own a VCR (or BETA). If you wanted to talk to a friend, you had to talk to them. On the phone, with your parents yelling at you to not tie up the line. Or at the mall. Or walking to and fro. There was no hiding behind tiny words on a screen. To me, this is the biggest tie to Austen’s world. Conversations, letters. Heart-in-the-throat alone in a corner of a room. Finding one another in a crowd. Sneaking away. The Bennet sisters gathered in the front room looking out the window, waiting to hear from Charles Bingley, are no different from any girl—ever—sitting and waiting for the phone to ring. I wanted to bring to story the world of ringing phones and long drives—any excuse to snatch a moment alone. Also, I wanted that last bit of innocence. In Austen’s day, even a whisper of a loss of virtue could ruin a girl’s life. I didn’t want any of my girls to fear ruin, but I did want them to have a bit of worry. We’ve lost the value of virtue. Charlie and Jayne are fully in love, but spare and guarded and shy in their physical expression. I wanted to give young readers a respite from the constant barrage of the hypersexuality so rampant in teen-focused entertainment.

Finally, why Texas? Well, if you’ve ever been in the bleachers on a Friday night with a purple, star-sprinkled sky stretched above you and a thousand people praying for a seventeen-year-old boy to somehow get a leather ball across 23 yards of short-clipped grass . . . what a silly question.

Pudge and Prejudice is an homage to Jane Austen’s Pride and Prejudice, transported to the fictitious Northfield Texas High School in the year 1984. After moving to Northfield with her family, Elyse Nebbit faces the challenge of finding her place in a new school, one dominated by social status and Friday night football. When Elyse’s effortlessly beautiful older sister Jayne starts dating Charlie Bingley, the captain of the school football team, Elyse finds herself curious about Charlie’s popular and brooding best friend, Billy Fitz. Elyse’s body insecurities eventually complicate her relationship with Billy, leaving Jayne and Elyse’s exceedingly blunt friend, Lottie, to step in and help Elyse accept herself for who she is, pant size and all.

A.K. Pittman is an award-winning author of thirteen novels, including the Christy-nominated Sister Wife series and the critically acclaimed The Seamstress. An enthusiast for all things writing, she leads two different writers’ groups, helping to bring new voices to the world of books. When not writing, Allison teaches middle school English, working as a conduit to introduce her students to new, fresh literature. You can follow her around on Instagram (@allisonkpittman) or Twitter (@allisonkpittman) and keep up with her writing news on her Allison Pittman Author Facebook page. Here you’ll learn what’s going on with new books, next books, and day-to-day life with Allison and her husband, Mikey. You’ll also get a peek at Snax, the world’s worst dog.