In A Far-Off Land, by Guest Blogger Stephanie Landsem 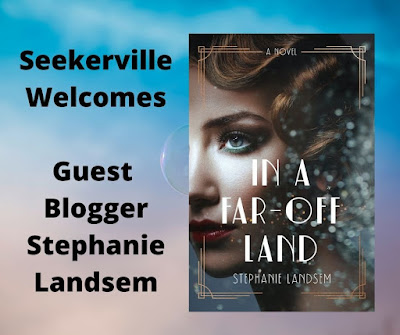 It's my honor to welcome today's guest, the talented Stephanie Landsem.  I met Stephanie at an ACFW Conference some years ago where she introduced me to her good friend Frank Peretti! Having coffee in the hotel Starbuck's with Frank and Stephanie was the highlight of the conference, and Stephanie and I have stayed connected ever since.

Stephanie is no stranger to Seekerville. She's blogged with us before and shared insight into her Biblical fiction. Today we're learning how she made the switch to the Depression Era in her new story from Tyndale, In A Far-Off Land, releasing on May 4th.

Stephanie promises to stop by often to answer questions and provide information about her writing journey. Also, she's donating one of her books so be sure to leave a comment to be entered in a drawing for a copy of  In A Far-Off Land!

When I first began this amazing journey of writing books, I knew I wanted to write historical fiction, but I had no idea what time period to focus on. I loved them all. Ancient to Regency to World War II. It wasn’t until one Sunday when I heard a sermon about the Woman at the Well that I had that light bulb moment every author knows, and I said – that’s a story I want to write! That moment resulted—after years of writing and a few minor miracles—in the Living Water Series.

So how did I go from writing about biblical women transformed by encounters with Jesus to writing about the Great Depression and Old Hollywood? It’s not as far a stretch as it seems. 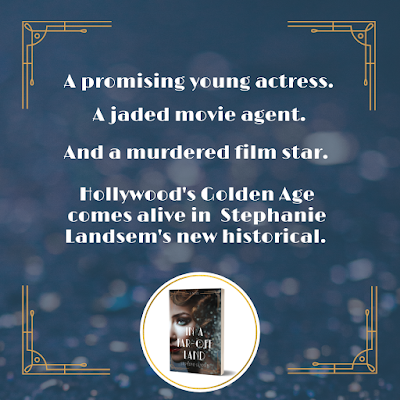 God knows how his people learn and how they think. He made us, after all. And so Jesus told stories to his followers. We call them parables. One of the most well-known and beloved of his parables is that of the Merciful Father, also known as the Parable of the Prodigal Son. In Luke’s gospel, when Jesus told this particular parable, he was talking to tax collectors and sinners, but also to Pharisees and teachers of the law. He started out with a story they all knew the ending to—a story of a bad son who took his father’s money, squandered it in a sinful life, and came to a bad end. But Jesus turned this familiar story upside down! In his version, the terrible son who merited punishment was instead welcomed home by an overjoyed father, forgiven, and given a feast.

That’s not how it was supposed to turn out!

And that’s when I knew I wanted to write this story of mercy and forgiveness. 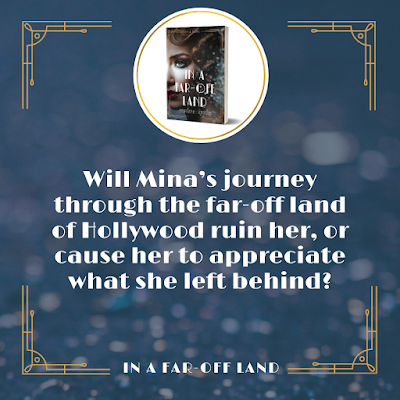 But how to write it?

It was about that time that my husband and I took a short trip to California and visited the familiar tourist attraction of the Hollywood Walk of Fame. This is so where many classic film celebrities are immortalized in brass stars that line the sidewalk. And it was there, that I had the light bulb moment that every author loves.

The far-off land in which my prodigal daughter runs must be to that glittering promise of fame and fortune that was Hollywood in the 1930s, when sound and color were turning pretty girls to glamorous stars overnight.

And that famine that hits the land must be the Great Depression, plunging her into a deprivation so severe that she must decide if she can return to her father and ask his forgiveness, or continue to wallow in the mess she’s made of her life. 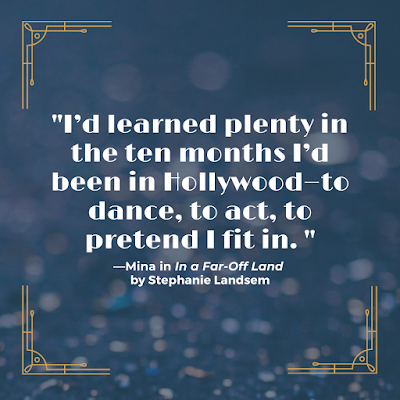 And so, the jump from biblical fiction to A Far-Off Land was not as far as it looks. The parable of the Merciful Father is so beloved and enduring because it transcends time and history. Jesus knew that. I hope that my readers will, when they close the pages on Mina’s story, consider the Father and the idea of his radical love and mercy in their own lives--just like Jesus asked of his followers two thousand years ago.

Debby again! The coffee's brewed and tea is available so pour a cup of your favorite beverage as we chat with Stephanie! Blueberry muffins and biscuits, hot from the oven, are on the breakfast bar, along with fresh fruit. Enjoy! And remember to leave a comment to be entered in a drawing for In A Far-Off Land! 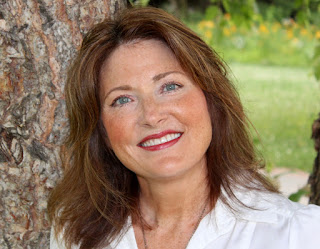 Bio: Stephanie Landsem writes historical fiction because she loves adventure in far-off times and places. In real life, she's explored ruins, castles, and cathedrals on four continents and has met fascinating characters who sometimes find their way into her fiction. Stephanie is just as happy at home in Minnesota with her husband, four adult children, two cats, and a dog. When she's not reading, researching, or writing, she's avoiding housework and dreaming about her next adventure—whether it be in person or on the page.
Author’s Links: Website | Facebook |Twitter | Instagram 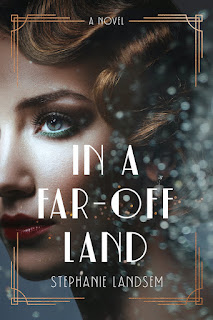 In A Far-Off Land

A story about the price of fame, the truth sacrificed on its altar, and the love that brings a prodigal daughter home.

As the Great Depression hits the Midwest, Minerva Sinclaire runs away to Hollywood, determined to make it big and save the family farm. But beauty and moxie don’t pay the bills in Tinseltown, and she’s caught in a downward spiral of poverty, desperation, and compromise. Finally, she’s about to sign with a major studio and make up for it all. Instead, she wakes up next to a dead film star and is on the run for a murder she didn’t commit.

Only two unwilling men—Oscar, a Mexican gardener in danger of deportation, and Max, a too-handsome agent battling his own demons—can help Mina escape corrupt police on the take and the studio big shots trying to frame her. But even her quick thinking and grit can't protect her from herself. Alone, penniless, and carrying a shameful secret, Mina faces the consequences of the heartbreaking choices that brought her to ruin . . . and just might bring her back to where she belongs.

Email ThisBlogThis!Share to TwitterShare to FacebookShare to Pinterest
Labels: In A Far-Off Land, Stephanie Landsem