Please welcome guest Janice Cantore as she shares how persistence in writing goes hand in hand with learning to accept critiques.
I’m often asked how long it took for me to get my first book published. It was a long time—seven years—and there were many rejections before I saw my first novel on a bookstore shelf. Two lessons I learned from the process: (1) keep writing and (2) learn to accept critiques. 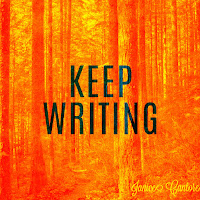 Sometimes a painful rejection can make you feel as though you should be doing something else, that writing is not your gift. When I was in the police academy, the first few weeks were tough; they were meant to weed out people who did not have the mindset or skill set that would make them good police officers. At first, people were quitting left and right. Those of us who eventually stuck it out had a running joke: When things were hard and a classmate complained, someone would say, “I think Truck Masters is hiring,” meaning they could always quit and try something else.

I’ve talked to enough Christian writers who feel called to writing, whether it be devotional, fiction, nonfiction, or for the secular market, to know that rejections sometimes hit them in their faith. I don’t mean their faith in God; I mean they begin to wonder if writing is their gift after all, or if maybe they should be doing something else. If that’s the case, keep writing, no matter the rejections. I’m not saying ignore the rejections. Hopefully, you’ve received feedback to help you improve. What I am saying is you can’t edit a blank page. If this is your calling, you’re not going to be happy not writing. Quitting because someone said no will simply make you miserable.

No one ever told me that getting published was going to be easy. All I knew was that I had to write. I just kept at it. And I’ve never met a writer who said that since they believed it was their calling, every page came out perfect the first time. Great writers work at their craft. 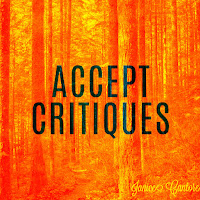 Number two goes hand in hand with number one. If you’re going to persist and keep writing, be honest with yourself about why the rejections come. I’ve heard stories at writers’ conferences about writers who won’t accept criticism. They are in love with what they have put on the page, and they refuse to listen to editors or agents who give helpful critiques. A person who can’t look at his or her writing honestly and make changes is not likely to ever be published. Just yesterday I deleted a page and a half from my work in progress because honestly, after reading and rereading it, as much as I loved what I had written, it was misplaced and completely slowed the story down.

My first book was rejected multiple times before a paid reader pointed out a major flaw in the first chapter. I’m glad I didn’t quit and that I accepted the criticism and fixed the flaw. I had a book contract a month later.

Don’t take rejection personally. Try to look at any criticism objectively. I sometimes think the writing process is a mess. I use so much ink and so many pages of paper before I get to the point where I think the book is ready. Then I send it to the editor, and it comes back all marked up with changes that have been made and notes about more changes that need to be made. Sometimes at first pass I don’t agree with the editor about what needs to be edited. And then after a few more passes, I realize that she’s right, and the changes make the book stronger. Most critiques are made to help you improve, not to destroy you.

In the police academy there were many reasons people quit. Some could not meet the physical standards. Some realized that wearing a uniform would make them a target. Others maybe realized that carrying a gun might mean they’d have to take a life one day. I just remember being glad I stuck it out, that when I completed the academy and was sworn in, I truly felt I’d accomplished something special. In reality, the work had only just begun, but that is another story.

It was the same with writing. When that first contract came, I was so gratified that I had stuck with it. It was such an exciting rush to see my words in print. And truly, the work had only just begun.

If writing is what you must do, keep at it. Read about writing, go to conferences, learn your craft. Absorb good critiques and forget bad ones. Keep writing, keep editing, don’t give up easily, and never give up if it is your dream.

One commenter will win a print copy of Janice's new release, Breach of Honor! (US only)
ABOUT THE AUTHOR 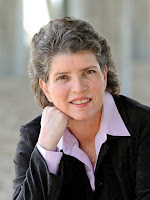 Janice Cantore is a retired Long Beach police officer who now writes suspense novels to keep readers engrossed and leave them inspired. Her twenty-two years of experience on the force lend authenticity to her stories. She has penned twelve romantic suspense novels: the Cold Case Justice series, the Pacific Coast Justice series, the Line of Duty series, and Critical Pursuit and Visible Threat. Her latest novel, Breach of Honor, releases in July.

As a police officer in Table Rock, Oregon, Leah Radcliff puts her life on the line to help others every day. But at home, Leah’s battling her own personal nightmare: Brad, her abusive husband, a fellow officer, celebrated hero, and beloved son of a powerful prominent family. Brad’s violent outbursts and suspicious activities have left Leah physically and emotionally scarred, until one desperate action to put a stop to his abuse results in deadly consequences.

Though public opinion seems ready to convict Leah, Officer Clint Tanner is one of the few to believe she acted in self-defense. As he works with Leah’s attorney to produce the evidence they need, new truths about Brad’s dark side come to light—and reveal a deep-rooted problem in Table Rock. There are some who have breached their sworn duty to serve and protect . . . and they’ll do anything to keep their secret safe. Learn more...