Hello everyone, Winnie Griggs here. Back in June I wrote a post about Character Arcs (you can find it HERE). At the time I mentioned that I’d also do a post on Story Arcs ‘soon’. Well ‘soon’ has arrived 😊

In literature, a story Arc, sometimes called a Narrative Arc or Dramatic Arc, refers to the path your story will take. It’s called an arc because that path, which travels from the beginning to the end of your story, will normally take the form of rising, cresting and falling action.

It’s the actual shape of your story. A strongly crafted and executed arc is absolutely key if you want to pen a story that will have your reader eager to turn the pages from start to finish.

The arc is composed of the sequence of events that take place in your story. That being said, don’t confuse the story arc with the plot.  A plot is the actual events that take place in your story. The arc is the way those events are sequenced, emphasized and deemphasized to provide the shape of your story, the rising and falling action and emotion. It allows the reader to see the cause an effect between those story events which give them meaning and structure. 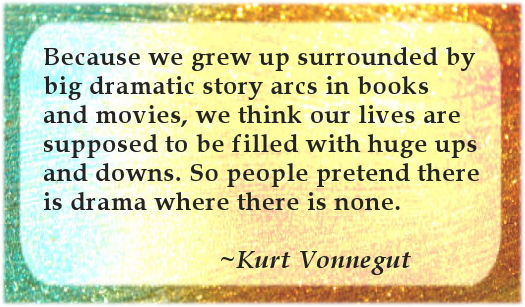 So if it’s vital that your story have a compelling arc, just how do you make that happen? Here are a few steps

Decide on the TYPE of narrative arc you will be using in your story.
The most popularly agreed upon standards are these six.

Rags To Riches.  This type of story has but one movement – a steady rise, a continuous upward climb.

Riches to Rags. The opposite of Rags to Riches, this story arc is a steady, ongoing fall in the emotional and/or moral value or experience.

Examples would include Animal Farm by George Orwell and Romeo and Juliet by Shakespeare.

Man In a Hole. The shape of this story shows two movements, a fall and then a rise.

Examples of this type include the movie Finding Nemo, and The Hobbit by J.R.R. Tolkien

Icarus. This arc is the inverse of the Man In a Hole – it’s characterized by a rise and then fall.

Cinderella. The shape of this arc is a rise-fall-rise.

In addition to Cinderella itself, examples would include Disney’s Frozen and Disney’s Alladin. (In fact you could expand this list to include just about every Disney animated movie!)

Oedipus. The inverse of the Cinderella arc, this has a fall-rise-fall shape.

This would include stories such as Gone With The Wind by Margaret Mitchell and Moby Dick by Herman Melville.

Know The 5 Classic Elements of Your Story Arc.
Just about every story arc has these elements in this order.

Exposition or Set-Up. This is the opening scenes of your story, where your characters and story world are introduced  This is also where we introduce e the story question which we will spend the rest of the story exploring. Note I said introduce, as in lay out the groundwork-we don’t need to know every element of her life and backstory at the outset, just enough to give us a feel of who these characters are whose journeys we’ll be sharing for the length of your story, a way to help your reader settle in to your story before the meat of the action really picks up.

Rising Action.  This happens once your set-up is complete and the inciting incident has set the plot in motion, and is usually characterized by conflict, complications, challenges and reversals. In other words, this is everything that follows the inciting incident leading up to the story climax.

Climax.  This is where all of that rising action comes to a head, where it reaches critical mass. It should be where tensions are highest and should also be the most exciting moment in your book. It’s here that your protagonist has to make a crucial decision that will drive the story on through the falling action and to its final resolution.

Falling Action. Now that the Climax is behind you, this is where you show the fallout, either positive or negative, where the tension begins to lessen as we ease toward the conclusion of our story.

Resolution. This is the actual end of the story, where all the loose ends are tied up and where we get a sense of the lasting impact of the story events on your characters and their world. The story question has been answered and your story’s message has been imparted to the reader. 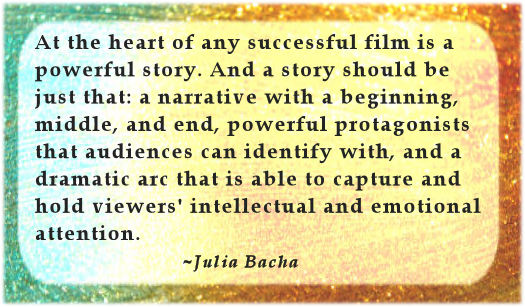 Once you have a good handle on The various types of Story Arcs, the Elements of the Story Arcs and Genre conventions, then you can play with twisting and reshaping them to put new twists on them.

Whatever genre you choose to write in, make certain you are very familiar with tropes, conventions and reader expectations (read, read, READ). For instance, if you’re doing a take on an Aladdin story, perhaps your genie is a toddler rather than a fearsome presence. Or in your romance, instead of a meet cute you have a train wreck of a first meeting. Or you have a shapeshifter story where your protagonist can only shift into something innocuous or silly like a sloth.

Just keep in mind, if you do play with twisting reader expectations do so with a story purpose, not just for shock value.

Deliver On Your Story Promise and Reader Satisfaction

Always keep in mind, reader engagement and satisfaction is key. Even when you bend the rules or genre expectations you need to deliver a satisfying story. That shapeshifter story with the sloth as the protagonist would likely work well in a comedic story, but for a serious paranormal maybe not so much. If a an action thriller type story had a weak villain or one who just gave up at the end your reader would likely toss the book against the wall.

The real world often seems confusing, unfair, chaotic – in other words, meaningless. And as people we crave meaning.  By creating the arc in your story, and making that arc your own, you can give your readers that meaning they're craving.

And a compelling, satisfying story is about change, whether that change is for good or ill. Proper use of a narrative arc is the way to show that change.

So create your story with all its twists and turns, its quirks and unexpected re-imaginings, and then keep your promise to the reader by providing a satisfying, absolutely compelling pay off in the end.

Do you have a particular type of story arc you prefer, either as a reader or writer? Leave a comment to be entered in a drawing for your selection of any book in my backlist