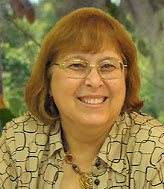 Hi everyone, Winnie Griggs here. Today I’m coming to you with a question.

I recently acquired the rights back to the one and only contemporary novel I wrote during the nine years I was with Love Inspired. The book is called The Heart’s Song and this one really holds a near and dear place in my heart. For one thing, it’s  the only book I’ve written that’s set in my home state of Louisiana. It also features a handbell choir which is something I’ve always enjoyed listening to. But my favorite thing about this book is that the story line allowed me to explore the various ways Christians react to the loss of a loved one. Reeny lost her husband in an auto accident. Graham lost his wife and newborn daughter due to complications from her pregnancy. These characters both come from strong Christian backgrounds but the way they faced their losses was very different.

Anyway, as I said above, I now have the rights back to this book and plan to reissue it on my own at some point, but first I need to update it – after all this originally came out in 2010, eleven years ago. But as I was thinking about tackling the revisions, I had an idea that I wasn’t sure was inspired or just plain crazy.  Since the majority of my books are nineteenth century Americana historical, what if I reimagined this book in that genre?

On the plus side I think I could make it an even stronger story and it would be more along the lines of what my readers normally look for from me. And it would be a fun exercise, I could even see how it would be easier to spin off additional stories in that world if it were historical rather than contemporary.

On the other hand, it would take a lot longer to get it revised, would require a stronger edit and at the end of the day it would still be the same story at its core.

What do you think? Would such a reimagining be worth the effort required? Or would I be just as well served to do some minor tweaks and get it back out there?

I have several author copies of this book still in my book closet so leave your thoughts in the comments below to be entered in a drawing to receive a signed copy. 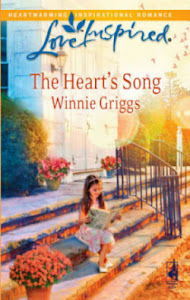 Widower Graham Lockwood hasn't stepped foot in church since he lost his family. So he can't possibly say yes to his new neighbor's request that he lead the handbell choir. But widowed mother Reeny Landry is so hopeful—and her fatherless children so in need—that Graham agrees to help.

Suddenly, the man who closed himself off is coming out of his shell. And he finds himself acting the father figure to Reeny's sweet mute daughter and loner son.

But going from neighbor to husband is another matter altogether. Until a loving family teaches Graham to hear the heart's song.