A Checklist for First Chapters 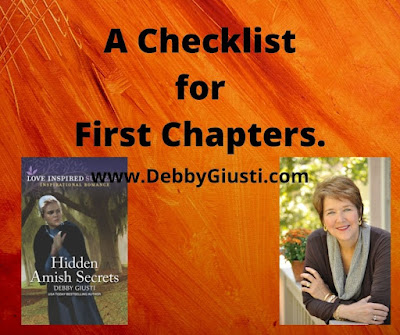 First chapters make or break a book.  Start with an opening that grabs the reader.

Luckily, first lines do not have to be written first.  Discern where the story’s going and how you want it to unfold.  Launch the characters on their journey then go back and rework the opening. 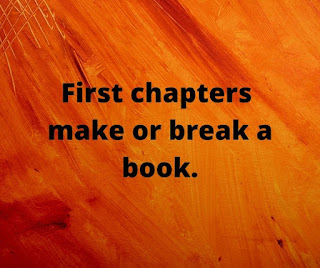 Still stuck on the first line?  Shorten, chop, cut.  Pare down to a word or phrase.  Turn it into a question or place it in quotes.  Have the lead character whisper a warning, tell a secret, make a promise. Add action or introspection or a universal truth the protagonist will grapple with and eventually come to accept.

Too wordy?  Kill prose that keeps the focus on the writing instead of the story.  The opening should be straightforward, not a series of convoluted twists that confuse the reader or make her dizzy.  Cut weak modifiers.  Choose verbs that pack a punch.

Still not satisfied?  Work on something else.  Give your internal muse time to sift through your mental database.  Often when you return to the opening, the perfect line will bubble up from the depths of your subconscious. 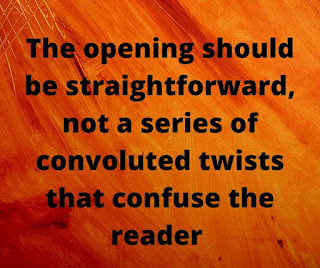 Start the story as the action begins…or even a tad bit later.  Christopher Vogler, in THE HERO’S JOURNEY, writes about beginning in the protagonist’s ordinary world where he receives the call to adventure.  Once committed, he crosses the first threshold and can’t turn back.  The shorter the book, the faster the hero accepts the call and is propelled into the story.

Set the tone and pace and don’t detour off track.  Keep descriptions true to the genre.  A dark Victorian cottage bathed in shadow is quite different from a warm and inviting bungalow where children romp on the front porch. 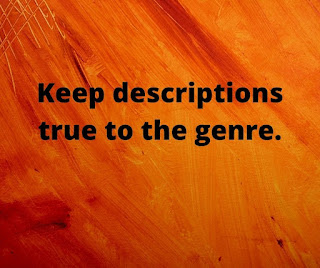 Anchor the story in time and place as soon as possible.  Again, don’t go overboard.  A line or phrase will usually suffice.

Write the initial scene in the lead character’s point of view.  Provide clues as to what drives the hero, why he must move forward or what’s at stake if he doesn’t succeed.  Hint at his fatal flaw or greatest fear, his Achilles heel or the one facet of his personality he needs to keep hidden.  Again less is more.  Wet the reader’s appetite; don’t shove the information down her throat.  Remember flawed characters are sympathetic characters.  Everyone cheers for the underdog. 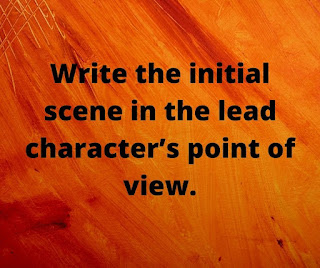 Introduce the various story arcs within the beginning pages.  (What’s a story arc?  Inspirational romantic suspense has three arcs or story threads:  the romance, suspense and faith.)  Where does the protagonist stand initially as far as his relationships with others?  What obstacles or threats place him in danger?  Does he believe in a higher power or has he turned his back on God?

In a romance, get the hero and heroine together as close to the beginning as possible.  Capture their initial reactions and never make falling in love easy.  The more unlikely the relationship, the more satisfying the happily ever after. 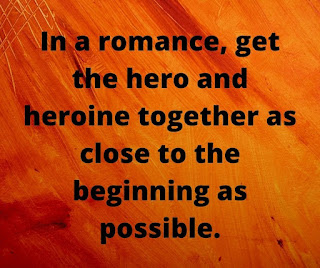 (Tip:  If a female secondary character enters the story before the heroine, make the other woman unsympathetic so the reader knows she’s not the love interest.  The converse holds true if a male is introduced before the hero.)

Tease the reader with a hint as to where the story’s going so she can accept or reject the invitation to tag along.  Her decision depends on the clues provided in the first chapter.  End with a hook that forces her to turn the next page and then another and another.  Snag the reader at the beginning, and she’ll stay with you until the end. 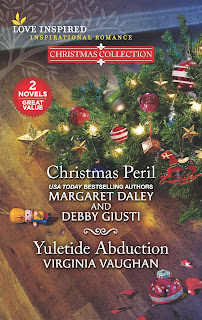 Just in time for Christmas! Three great stories for one low price. The perfect stocking stuffer!

Email ThisBlogThis!Share to TwitterShare to FacebookShare to Pinterest
Labels: A Checklist for First Chapters, Debby Giusti