Ten Writing Tips from a Legend to Strengthen your Contest Entry


Erica Vetsch here with you today. (No, I'm not the LEGEND mentioned in the title of this blog.)
It's Writing Contest Season, and I am a Writing Contest Judge. Every year, I judge in several writing contests, specializing in the area of pre-published/unpublished fiction. I enjoy this work, helping newer authors strengthen their writing, pointing them to great resources for learning, encouraging them in their journey to publication.
But I do find myself making the same comments on many entries. Pointing out the same writing weaknesses that need some attention.
An entry without these common mistakes stands out, shines, and is rewarded with HIGH MARKS!
If you would like your entry to be among these rare few, I encourage you to consider Ten Writing Rules of that literary TITAN, Elmore Leonard. 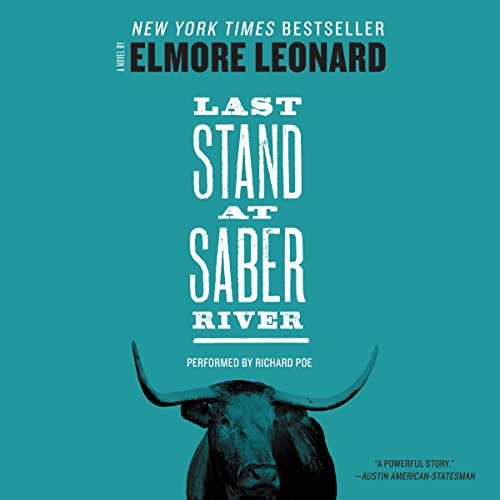 
1. Never open a book with weather. (Just don’t. It’s the epitome of cliché)

2. Avoid prologues. (Most of the time, using a prologue means you’re starting the story in the wrong place, you fear your opening isn’t compelling enough to stand alone, or you’re trying to dump information on the reader that you think they should know, but you aren’t certain how to trickle in later.)

3. Never use a verb other than "said" to carry dialogue. (It’s too distracting to have people cackling, chortling, growling, squeaking, etc.)

4. Never use an adverb to modify the verb "said”…he admonished gravely. (Let the dialogue and the mood you’ve created indicate the tone and tenor of the words being said. Use visceral and visual reactions rather than adverbs to show rather than tell the reader what’s going on.)

5. Keep your exclamation points under control. You are allowed no more than two or three per 100,000 words of prose. ( SO. MANY. EXCLAMATION. POINTS!!!!! I would venture to say that 95% of the contest entries I judge have a scattering of random exclamation points used with even the mildest dialogue. Fictional dialogue isn’t written like your text messages! Stop! Shouting! At! The! Reader! Because that’s what an exclamation point means in fiction. Someone actually screaming.)

6. Never use the words "suddenly" or "all hell broke loose." (Lazy, clichéd writing. If the reader can finish a sentence with a familiar phrase…dead as a __________ or quiet as a ____________ your writing is cliché. Freshen it up with a twist, or take that cliché up a notch. An illustration from author James Scott Bell: Instead of writing “She looked like a million bucks.” Write “She looked like a million bucks, tax-free.”)

7. Use regional dialect, patois, sparingly. (Dialects are exhausting to read. Sprinkle in enough for the reader to catch the flavor, but don’t belabor the point by dropping every g in -ing words or dropping all the ‘haitches’ in a British accent.)

8. Avoid detailed descriptions of characters. (Allow the reader to fill in some of the details. It invests the reader in the character as they imagine them. A few key descriptors will do. Don’t make a catalog list of features, mannerisms, dress, etc.)

9. Don't go into great detail describing places and things. (The days of the ten-page description of a sunset died with Nathaniel Hawthorne. Today’s readers won’t sit still for lengthy descriptions like this. Instead, have your character interact with the setting with a few tiny hints. If you say your heroine walked to the window and pulled aside the calico curtain, the reader will fill in the surroundings of what they think a room with calico curtains looks like. Likewise, you could have your heroine walk to the window and pull aside the velvet drape, and an entirely different image of a room appears. Either way, you've allowed the reader to invest in the scene, creating the setting from a few choice words.)

10. Try to leave out the part that readers tend to skip. (If you’re bored, so will the reader be. Make sure every sentence, every paragraph, every scene is advancing the story and ratcheting up the tension/conflict. Keep the reader turning pages.)

Leonard’s most important rule is one that sums up the 10.

"If it sounds like writing, I rewrite it.” (Enough said.)

Are you entering any writing contests this year? Have you been given a pithy piece of advice that has made your writing better? I’d love to hear it! 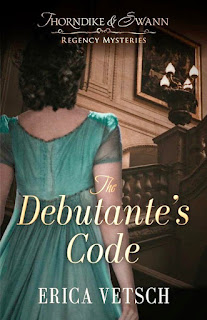 Newly returned from finishing school, Lady Juliette Thorndike is ready to debut in London society. Due to her years away, she hasn't spent much time with her parents, and sees them only as the flighty, dilettante couple the other nobles love. But when they disappear, she discovers she never really knew them at all. They've been living double lives as government spies--and they're only the latest in a long history of espionage that is the family's legacy.

Now Lady Juliette is determined to continue their work. Mentored by her uncle, she plunges into the dangerous world of spy craft. From the glittering ballrooms of London to the fox hunts, regattas, and soirees of country high society, she must chase down hidden clues, solve the mysterious code her parents left behind, and stay out of danger. All the while, she has to keep her endeavors a secret from her best friend and her suitors--not to mention nosy, irritatingly handsome Bow Street runner Daniel Swann, who suspects her of a daring theft.

Can Lady Juliette outwit her enemies and complete her parents' last mission? Or will it lead her to a terrible end?
The Debutante's Code is now out in the world! You can get your copy HERE: https://amzn.to/3GQnoZt Or wherever you buy your fiction!

Best-selling, award-winning author Erica Vetsch loves Jesus, history, romance, and sports. She’s a transplanted Kansan now living in Minnesota, and she is married to her total opposite and soul mate! When she’s not writing fiction, she’s planning her next trip to a history museum and cheering on her Kansas Jayhawks and New Zealand All Blacks. You can connect with her at her website, www.ericavetsch.com where you can read about her books and sign up for her newsletter, and you can find her online at https://www.facebook.com/EricaVetschAuthor/ where she spends way too much time!
By Erica Vetsch - January 24, 2022