5 Steps to Creating Characters--Step One 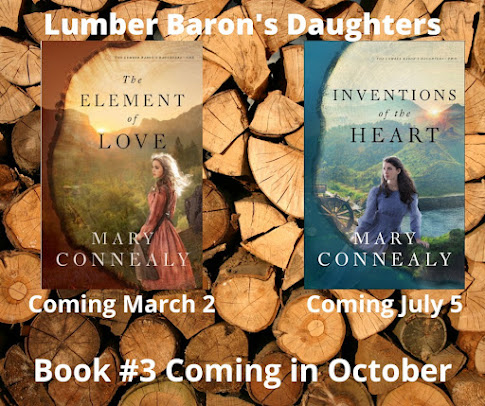 They were running away from the threat of misery, pain, degradation.

What’s more, she chose it for her daughters and prayed without ceasing that she’d chosen right.

Even worse, the girls had to face that danger alone. Going back by herself was the only way to be sure the girls made their escape.

In silence, she and her three daughters slipped into the night.

She waited until they were far enough from the house no wandering servant, absently looking out the window in the night, could see.

Then she lagged behind her rushing daughters, her beloved, precious girls. Clouds scuttled across the sky. The dew-damp grass around the house ended in a dense forest. As soon as the forest swallowed them up, she stumbled and fell. Well, truth was, she stopped running, sat down and cried out in pain. Softly. She most certainly didn’t want Edgar to hear, though he drank enough, he usually slept heavily.

Laura whirled around and rushed back, Jillian a step behind. Michelle brought up the rear.


Laura, her sweet, compassionate child. The blue-eyed blonde who was a fine-boned, feminine version of her father, Liam Stiles. Laura, who knew how to blow things up.

Jillian, the one with the oddly mathematical mind who made theories work. She’d been educated to build trestles across vast gorges, and build railroad tracks into the heart of a mountain. A fiery green-eyed red-head, a throw-back to her papa’s Irish grandmother.

Michelle the leader, the calm one who took charge of the sweet Laura and the fiery Jillian, and they mostly let her. Michelle the mechanical engineer who saw all the details and made everything and everyone work together. And in her spare time, she worked with machines, mechanisms to help the girl’s future project excel. She already had two patents with plans for a dozen more, if she could just get the ideas in her head to become reality. Michelle was the oldest, the brunette with the shining blue eyes who looked most like her mama.

“Mama what happened?” Laura dropped to her knees on Margaret’s right.

I spent a while trying to figure out how to talk about characters. Putting into words something that’s just inherently hard to put into words.

Characters need to be three dimensional. And it’s hard for me to really explain what brings them to life.

These are my five steps. The first is the simplest.

1.       Make a character likeable by making someone like them

This month I’m talking about step one


Make a character likeable by making someone like them. This is possibly the single best piece of advice I ever got as a beginning writer. It’s a simple sentence but when you‘re doing it, it really affects your writing. Often, we want a character at the beginning of the book who has problems, who is resistant to love, who is immature or angry or in some way needs to change her life. Something she has to change about herself. This is at the heart of the character arc. But to make a character difficult we can risk making her (or him) unlikeable and that’s going to be a book no one continues reading. Who wants a main character they don’t like?

So the act of making someone like them, changes the way your write your character. Jerks don’t have good friends, or at least their friends are also jerks. They don’t hug their old, worn-out teddy bear. They don’t have a faithful dog. If you give them a loyal friend, you have to write a character who is responding to that friend in a likeable way. Make a character likeable by making someone like them is a simple statement that really makes you change your character.

The Element of Love

She mixed danger, desperation, and deception together. Love was not the expected outcome.With their sharp engineering minds, Laura Stiles and her two sisters have been able to deal with their mother's unfortunate choice in husband until they discovered his plans to marry each of them off to his lecherous friends. Now they must run away--far and fast--to find better matches to legally claim their portion of their father's lumber dynasty and seize control from their stepfather.During their escape, Laura befriends a mission group heading to serve the poor in California. She quickly volunteers herself and her sisters to join their efforts. Despite the settlement being in miserable condition, the sisters are excited by the opportunity to put their skills to good use. Laura also sees potential in Caleb, the mission's parson, to help with gaining her inheritance. But when secrets buried in Caleb's past and in the land around them come to light, it'll take all the smarts the sisters have to keep trouble at bay.

Email ThisBlogThis!Share to TwitterShare to FacebookShare to Pinterest
Labels: characters