Listening for the Quiet Voice Instead of the Loud Noise

His voice was caustic, overmodulated, and scratchy-sounding through his phone. He had called the program I was hosting to criticize me and my work. At the end of the call, before he abruptly hung up, he said these words:

That phone call came more than thirty years ago. Why do I still remember it? Why do I so easily hang on to the criticism and let go of the encouragement?
It also happened with my writing a few years ago. A reviewer online had said something cutting and biting about one of my novels. He referred to what brings me joy as “silly little stories.”
If you write, you have to grow a thick skin. Same with doing any kind of public speaking or revealing your thoughts and personality through radio. Not everyone is going to get what you’re saying.
The truth I keep coming back to is that if God has placed a creative desire inside you—and since he’s wildly creative, why wouldn’t he?—then allow the process to do its work in you as well as on the page. I do not control the outcome of my stories. I don’t dictate how they will be received. I don’t know if what I’m doing will be a bestseller or a bomb. But I do know that my job is to be faithful to tell the story with everything in me and allow that process to change me. 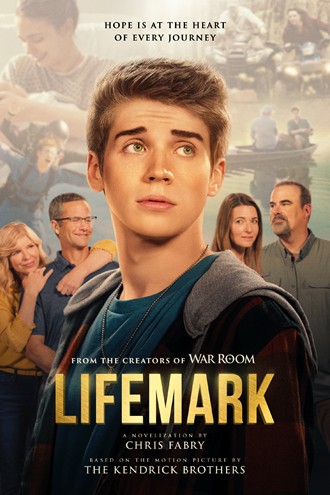 As I was writing the novelization of Lifemark, a story crafted and filmed by the Kendrick Brothers, I had two competing voices inside. One was loud and brash and angry, like a heavy metal rendition of “My Way.” That voice said something like this: Readers are going to see through your agenda. You just want people to believe the way you do and to control women’s bodies. The accusation and vitriol continued as I fleshed out the story of Melissa, a teenager with an unwanted pregnancy.
The other voice was a lot quieter. It was almost a whisper that said, Speak up for those who have no voice. At one point near the end of the writing process, I sat back and stared at the screen. I imagined an anonymous email appearing that said, “I read Lifemark and the story saved my baby’s life.” And then I fast-forwarded a few years—maybe twenty—and imagined a college student coming up to me. “My mom and dad saw that movie. They decided to give me a chance at life.”
I don’t have those kinds of hopes and dreams for every story. But I really had the feeling that this one could literally be used to save someone’s life.
So how do you quell the noise and listen for the quiet voice? It’s not easy. I still hear the grating sound of the man from thirty years ago calling me plastic. I still see the words silly little stories in my head—partly because of the alliteration, to be honest.
One way to stop the noise is to surround yourself with people who believe in you. A few birthdays back, after I wrote about the bad review, one of my brothers sent a card and inside it said, “Keep telling your silly little stories.” So find people who will value what you’ve been called to do.
I also find it helpful to think of the process rather than the outcome of my endeavors. For me, writing is internal work that has great value. I don’t base my worth on a review or awards or bestseller status. I hope many people read my stories and I hope my time investment helps provide for my family. But ultimately I have to come to my desk each day and work with all my heart for an audience of One.
I’ve also discovered that I allow more noise in my life through social media, news sites, and the daily barrage of people saying, “Be angry about this!” As a human, I am not meant to know every opinion or every event in the world. Because of our information age, we are trying to drink from a fire hydrant. Our souls are poorer for it.
What about you? What is the noise you hear today that discourages your soul? The first step is to recognize that noise for what it is. Then, when things get quiet, you can listen closely for the gentle whisper that is urging you to trust, believe, and take a step forward.
The whisper that means the most is found in Ephesians chapters 1 and 2. Those passages tell us who we really are in Christ and that because of what he did for us, we are accepted and adopted and lavishly loved by the One who gave everything to draw us to himself.
Don’t give up.
Keep telling your stories.
The criticism is meant to stop you because you’re doing something that counts.
Don’t give up.
I’d love to hear of a moment when you listened to the whisper rather than the noise. 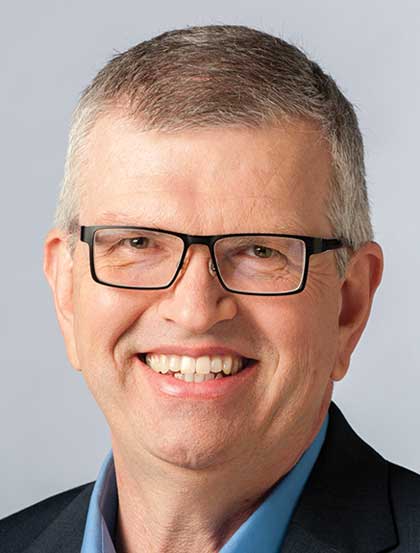 Chris Fabry is an award-winning author and radio personality who hosts the daily program Chris Fabry Live on Moody Radio. He has written more than 80 books for children and adults.
Author's Website , Chris Fabry Live - Moody

For eighteen years, she tried to believe she had made the right decision—for him.
But if she never saw him again, how could she ever be sure?
Melissa had clung to the thin thread of hope given by the adoption agency that someday her newborn son might want to connect with her. When his eighteenth birthday arrived, she called the agency to simply update her contact information, not expecting a response.
Susan and Jimmy Colton had raised their boy with openness about his adoption. After the heartbreaking loss of two infant sons that marked their early years of marriage, they promised themselves they would try not to hold too tightly to David or hold back any information he wanted about his birth. And so they waited on him.
David was hesitant to talk about the questions and curiosities about his birth story that often haunted him. But as he neared adulthood, his need to know the full story of his life became something he couldn’t shake. Until the call came to the Coltons from the adoption agency, and the first tentative bits of communication and connection set in motion a story that would change all their lives forever.
From the team that brought you the movies Courageous and War Room comes Lifemark, the novelization of the new film inspired by a true story of adoption, redemption, and hope.

Email ThisBlogThis!Share to TwitterShare to FacebookShare to Pinterest
Labels: A Writer's Life, Chris Fabry, giveaway, Storms in the Writing Life