Once long ago I jokingly said to a friend who finaled in RWA’s Golden Heart, like, 10 times and won 3 or 4 times, that I aspired to be her when I grew up. She replied, very sadly, that no, I did NOT want to be her. Yeah, put that way, I could see her point.

Here in Seekerville we’ve talked about getting up the nerve just to ENTER a contest, entering simply for feedback, then getting to the stage of entering because we’ve been consistently finaling and we’re pretty sure our current WIP can make the cut and land in front of an agent or editor.

All of that is well and good, but what’s the ultimate POINT of entering contests geared toward unpublished authors? I mean, past the point of getting your work in front of an editor or an agent? The point is to become ineligible to enter those contests. Right? Right!

And, we don’t get to that point by working and reworking chapter one of a manuscript (or even multiple manuscripts) just for the sake of entering contests. I could have easily become a first chapter dropout because I was a contest junk … uh … queen, as many of the Seekers were. They were more like princesses; I was fanatical!

I know of more than one aspiring author who fell by the wayside because they could never stop tweaking that first chapter and entering it in the next contest to see if it would final. I distinctly remember the first aspiring author I ever met. It was so much fun to have a like-minded person to brainstorm with, to ride to chapter meetings together and talk writing nonstop.  And the fact that she lived fairly close to me at the time made it all the more sweeter!

After two or three years of rewriting the first chapter of her story and getting more and varied feedback from contests, she lost her zeal and couldn’t even remember where she was headed with it in the first place. It was a hodgepodge of contest feedback and she completely gave up writing. And here’s the kicker: She was a good writer and had great ideas!

I’ve had my share of doing the same thing, so I know what I’m talking about! But I saw what happened to a few of my friends, and I didn’t want to be a first chapter dropout. I made myself finish a manuscript, then another, and another.

Don’t be a first chapter dropout: Finish the manuscript. 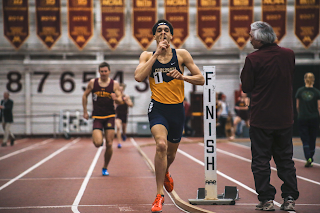 And you know what? If you’ve never actually finished a manuscript, you’ll be surprised at all the things that will happen during the course of writing the story that will change the opening scene or make the goals and motivations of your characters that much clearer as you write the closing scenes. It can be a real eye-opener, even if you had a detailed synopsis to go by.

At some point you’ll know you need to “retire” your current award winning manuscript from the contest circuit. Only you can decide when to do this, but I would say that if it’s been in front of most of the editors and agents who are judging, and if it’s won every major contest running, then it’s probably time to retire it. If you spot an editor or agent who’s judging that has never seen the manuscript, by all means enter it in that particular contest, but don’t just keep sending the first same chapter to the same final round judges over and over and over. After an editor has seen it in contests 2 or 3 times, unless there’s a major overhaul, that’s probably enough. That’s not to say that they won’t buy it later on. Far from it. They just might. And… for the record, that manuscript might not be your first sale. But with work, it might become a sale.

I imagine at that point they’re ready to see something else from you, so write something else. Write the first chapter and a clear synopsis of the sequel to your first book or something totally new and enter that in a contest and get back to FINISHING your first award winning manuscript.

So, the goal is to start your manuscript, enter a few contests, FINISH the manuscript, and start something new. All this time keep entering contests, making connections, submitting to agents and editors, and somewhere down the road, something will click, and you’ll move one more step up the publishing ladder.

Keep working, keep moving forward to the goal, and publishing will happen.

Now, having said ALL that, I’m a BIG believer in writing contests. I love them all, from the first line ones, to the synopsis ones, to the first chapter ones, and the ones that require a full manuscript. As a published author, I sort of MISS being able to enter those contests anonymously. So, don’t take today’s post as reason NOT to enter contests. Take it as a reason to enter them all (like someone who shall remain nameless… ahem), but always remember the goal….

Don’t be a first chapter dropout. Finish the manuscript!

But while you're writing toward the finish line, check out ACFW's First Impressions Contest. It's for unpublished authors, and all you need to enter is the first 5 pages of your manuscript and a 200 word blurb. Deadline to enter is October 15th! 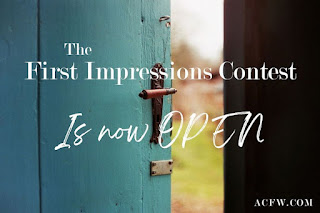