Hello everyone, Winnie Griggs here.  I’ve recently gotten the rights back to two of the books previously published by Love Inspired Historicals and have been doing my best to figure out the ins and outs of converting them and reissuing them as self-published works.  I think I finally have things ALMOST figured out – just one or two more things I need to figure out and I’ll be done.

One of the things I never realized before now was that it’s much more difficult to format for a print copy than an eBook copy. Amazon makes it really easy to upload your eBook from your manuscript but print is, as they say, a whole ‘nother ballgame. For the few other books I’ve self-pubbed before now I actually hired a professional to take care of it. But besides being a bit pricey it also means you need to go back to that person every time you want to make a change. 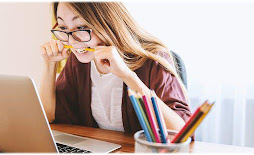 So I decided it was time to roll up my sleeves and learn to do it myself., and that’s where the learning curve came in. I purchased Atticus and it’s a really nice package for formatting print, except I had some custom things I wanted to do (naturally!)  so I had to check out helpful videos and join an author group to draw on their experience. As I said, a couple of tweaks and I’m there.  The next one should go much faster.

Since Harlequin holds the rights to the cover art and blurb I had to replace these elements. Because I’m not as good at design as Pam and some of the others here, I hired a cover designer I'd worked with before to make my new cover for me. These two books were part of the original Texas Grooms series set in Turnabout, Texas.  I was never very fond of that series title so now I’m rebranding it as Turnabout Hearts. I also have plans to retitle some of the books to give them a more cohesive feel as a series. And I asked my cover designer to create a series logo and give the covers within the series a cohesive feel.

This first one was originally titled The Holiday Courtship and it will be reissued on Dec 1st as His Christmas Matchmaker. 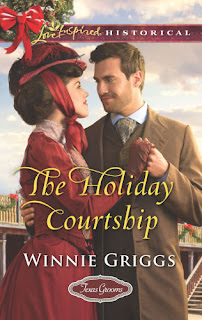 He Wanted A Wife by Christmas...
As Christmas approaches, Hank Chandler is determined to find a wife to mother his sister's orphaned children. When schoolteacher Janell Whitman offers to help him with his niece and nephew, she seems to be the perfect match—but she won't accept his proposal. Instead, she insists she'll find him another bride before the holidays.

Janell moved to Turnabout, Texas, to put her past behind her and focus on her future—one that doesn't include marriage. But while she plays matchmaker and cares for Hank's children, she loses her heart to the two youngsters…and their adoptive father. If Janell reveals her secrets to Hank, will he still want her to be his Christmas bride? 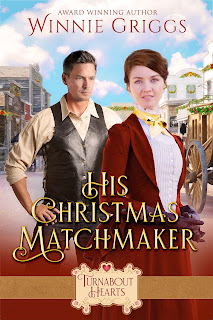 Vowing to put her past behind her, schoolteacher Janell Whitman has resigned herself to spinsterhood and she's erected walls to guard her heart from all but her pupils.

A solitary heart…
Hank Chandler is quite comfortable with his uncomplicated bachelor life. But when he suddenly finds himself the guardian of his orphaned niece and nephew he knows all that that will have to change. Not only do the children need a mother’s love, but he’s not fit to be a single parent. So he’ll need to marry quickly, whether he wants to or not.

A Christmas bargain…
Seeing their need, Janell impulsively reaches out to help the hurting Chandler family. But when Hank proposes a businesslike marriage she draws the line at becoming his wife. She softens her refusal, however, with a counteroffer – she’ll take care of the children after school and help him find an appropriate wife in time for Christmas. After all, how hard can it be?

But as the holiday grows closer, it seems increasingly difficult to find a suitable candidate––not to mention even harder to deny their growing feelings for each other. It might take a miracle for these two hearts to become one, but Christmas is the season of miracles––and love.

So what do you think about the new package for my book?  I still have several copies of this book with the LIH cover so I'll be giving some of those copies away - leave a comment for your chance to be one of the winners.