The Secret to Thanksgiving is Joy 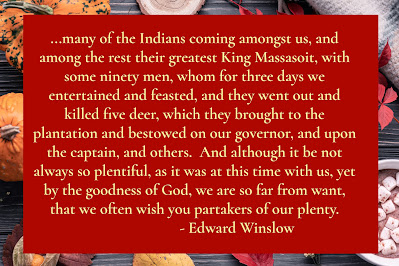 Far from being the joyless, dour folks that some people often portray the Puritans, their lives were full of joy and thanksgiving. Not only one day a year, but every day was filled with thanksgiving.

The tradition continued with George Washington in 1789: 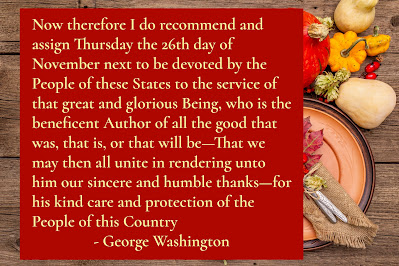 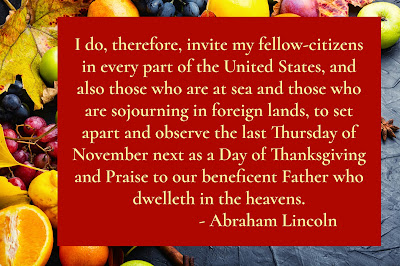 One thing that I noticed about all three of these times of Thanksgiving is that they took place during or just after times of great hardship - the horribly difficult time of starvation and death during the first year after the Pilgrims landed, the war for independence that Americans fought against the British, and the American Civil War. Lincoln's Thanksgiving proclamation was given during the third wearying year of that bloody war.

How could they even think to give thanks during times like those?

How can we even think to give thanks during times like these?

The secret is joy.

Several years ago I read Ann Voskamp's book, One Thousand Gifts. I was thinking about it recently and was reminded of the year I spent following her advice to find joy.

The exercise was simple. Every day, I was to write down three things that brought me joy. I started in 2014. I created a little diary and I was faithful - through January, February, March...

...and then March 30th came. The day my mother passed away.

This was a challenge - how could I find joy in this circumstance of my life?

The habit to find joy had been ingrained through the previous three months of that year, and I found joy in my thankfulness for the mother God had given me. Day after day I poured out my grief in counting the endless moments of joy I had known with her.

Moments I captured in Thanksgiving and Praise. 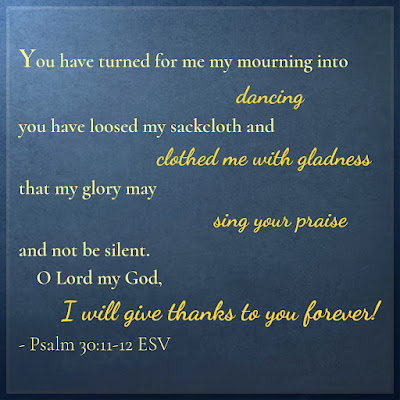 This Thanksgiving, my challenge to you is to find Joy in your circumstances,
and give Thanks to God above!
Have a blessed Thanksgiving Day!