Most of us are aware of the five interlocking rings that are the Olympic symbol. But I suspect that many are unfamiliar with the motto that goes along with that symbol. It’s Citius, Altius, Fortius, which is Latin for "Faster, Higher, Stronger.” Participants have hardly completed the games before they’re already planning for the next one. And their training is aimed at letting them go faster, allowing them to leap higher, strengthening muscles that are already strong by normal standards. They never stop improving. And that should also be the goal of each of us who writes, whether we’re as-yet unpublished or the author of numerous books. 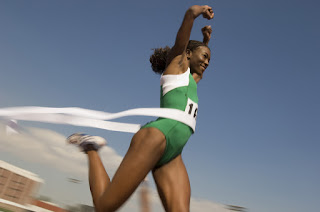 At one of the first writing conferences I attended, I had the temerity (or stupidity—take your choice) to approach an editor and pitch my book to him. Probably to get rid of me, he told me to submit the whole thing to him and he would read it. I didn’t know any better, so I wasn’t surprised when I got notification from him that he was taking it to the Pub Board. Those of you who know how the publishing world works will be amazed that an unpublished writer with so little experience would have such a thing happen. I wasn’t. I took it as a usual thing and was genuinely surprised when I was notified that the Pub Board turned down the book. Looking back on the event, I wonder that my book got this far. It still resides on my hard drive and will probably never see the light of day unless I rewrite it.
Why did this happen? Because I didn’t know enough about writing when I composed it. I didn’t even know enough to realize how much I had to learn. I needed to become much more proficient at the craft. Eventually I did, but I did it by learning the fundamentals, studying, practicing, and striving to constantly improve. And I’ll try never to stop.
When I was practicing medicine, I initially attended conventions and conferences to learn more about my specialty. Later, I was fortunate enough to be in a position to lecture at the same conferences, but although I was a teacher I made it a practice to continue attending the sessions held by others. Why? I realized that medicine was constantly evolving, and my level of knowledge was never as high as I needed it to be. It was best for both my patients and me if I continued to constantly learn.
Doesn’t the same thing apply with writers? Just as we expect our physicians to keep up and improve, don’t our readers expect that our next book will be even better than our last? When I attend a writer’s conference, I always want to leave with one or more pearls that I can apply to my writing. Perhaps I learn a way to make transitions between scenes smoother. Maybe it’s a method for displaying what my protagonist really wants and the danger he or she faces if that doesn’t happen. Whatever I can glean, I try never to stop learning.
But reading and listening only goes so far. Then comes practice—writing, and rewriting, and rewriting again. Of course, writing without constructive criticism by an accomplished person is meaningless. Practice doesn’t make perfect if we keep making the same mistakes again and again with each repetition. Comments by your mother or a friend are nice to receive, but what matters most to me is when a fellow writer tells me that he or she especially likes—or doesn’t like— something in a book I’ve written. The struggle for each of us to improve our work never stops, nor should it. We continue to strive for “faster, higher, stronger.” 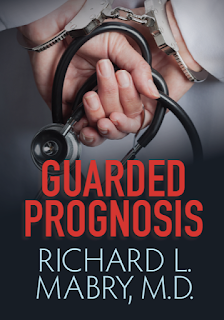 When I had completed my most recent novel, GuardedPrognosis,  I proudly showed the finished product to my wife, who is my first reader. She’ has always been both my biggest fan and my severest critic, and she pulled no punches with her assessment of this one. I was proud of my opening sequence and the story arc that followed, but she pointed out that it failed to get her attention (and would likely do the same with my readers). Instead, she suggested an alternate story arc which would be timely and intriguing. It required my essentially rewriting about half my already-completed novel, and every author reading this knows how much we hate that. But I did it. And it worked. Why did I do it? Because I could see that I was resting on my laurels, instead of seeking to write a better novel.
I’m not an authority on the poetry of Alfred, Lord Tennyson, but I think the last line of his poem, Ulysses, is applicable here. Ulysses and his companions have done it all, so to speak, but he exhorts them not to rest on their laurels. They are to keep on until the end— “To strive, to seek, to find, and not to yield.” Every writer should have those lines above their desk. Every book, even the ones turned down by a publisher, should be better than the one before. To do less is unfair to everyone concerned…including the author.
Are you striving?
*     *     * 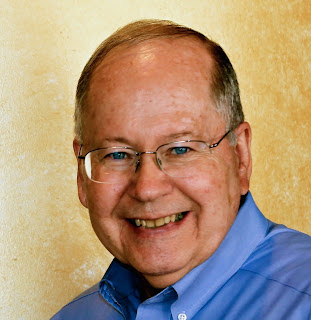 Dr.Richard Mabry is a retired physician, now writing “medical mystery with heart.” His novels have garnered critical acclaim and been finalists for a number of awards. He and his wife live in north Texas, where he strives to improve his golf game and his writing.