Write Confidently, Even if that Scares You

Yes. Yes to all of the above. Not to say that you should always write whatever strikes your fancy. I once decided it would be a good idea to write a YA series about teens who had to save their town by killing zombies. While I still think it’s not a terrible idea—Buffy the Vampire Slayer was pretty popular, after all—it wasn’t the best idea for me. At all. So you should definitely pray about it if you’re not sure.

"I'd rather regret the risks that didn't work out than the chances I didn't take at all."

Writers are gymnasts who take risks with our words, with our imaginations and our characters and our stories. Not just for the sake of taking a risk. But just like an Olympic gymnast, we do it to win the gold. And winning the gold for us means to write something that will touch a hurting heart. Make a reader not feel so alone. Make our readers catch their breath at how beautiful and true our words are. We take risks for the sake of truth in our stories. The truth of love and hope and dreams coming true, as well as the truth of pain and disappointment and that bad decisions have consequences. But always the ultimate truth, that Jesus is the Way, and He loves us.

We take risks and write confidently because we have to make our readers feel it. We study and learn and revise because we want to choose the very best way to say something to make the reader feel all the feels. But first we have to be confident, almost reckless, as we write that story, that dialogue, that action. We pour it out, drawing on our own pain and experiences, the truth inside us, the things God has taught us in the crises and difficult times we’ve walked through. And we do our best to make them feel.

“To write something you have to risk making a fool of yourself.”

Be yourself when you write. That’s how you write with confidence. Be completely and fully you. Don’t be afraid of making a fool of yourself. Go ahead and risk it for the sake of your story, the sake of being fully, completely real.

"I can shake off everything as I write; my sorrows disappear, my courage is reborn."

What do we love about Anne Frank? She was real. She told it like it was, without holding back. Her emotions were real. Her struggles were real. Our characters have to be the same way. They must show real feeling, real struggles. After all, that’s how we learn, and that’s how our characters learn, by struggling with real problems.

So let your courage be reborn as you write, as your sorrows disappear from the joy of writing, of creating characters and a story that’s never existed before in this exact form. God created us in his image, and since he’s the ultimate Creator, we were made to feel the joy of creating, just as he did.

When you’re afraid, you dig deep for your courage and write anyway. Don’t let anything stop you from writing confidently.

When you get back those revisions or those critiques from your critique partners, don’t let yourself stay discouraged. Get back in there. Figure out why they said what they said. If you agree that what they’re suggesting will help your story, then change it. If you don’t agree that their suggestions will improve your story, then don’t change it. But most likely there’s a reason, something you can do to change the story and make it better, to make it as flawless as possible, so your reader doesn’t get hung up on something that distracts them from the meaning and emotion of the story. And that might be the ultimate test of your courage and confidence. Being confident enough to make changes.

So, what is your greatest struggle in writing? What keeps you from writing confidently? Or are you writing so confidently, you struggle with the practical side of things? Let us know, and I’ll give away a copy of my recent release, The Orphan’s Wish, to one commenter. 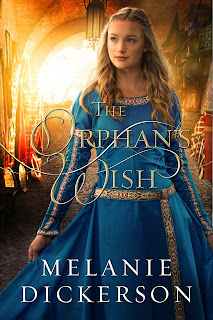 And now for the "surprise news" I've been posting on my social media. I am self-publishing a new book in a month and a half. It's a book I wrote over 10 years ago, a book I always hoped would be the first in a series of books set in my neck of the woods, the place I've lived nearly my whole life--the Deep South. So instead of "playing it safe" and sticking with Medieval fairy tale retellings, traditional publishers, and another Regency romance series, I'm branching out to write what's been on my heart for a while, my Southern series. 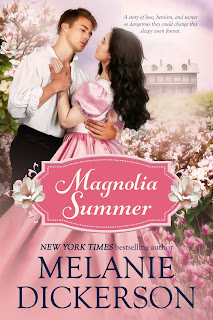 Truett Beverly’s hometown needed a doctor, so after finishing medical school, he returned to Bethel Springs, Alabama. Fighting a secret war with a corrupt lawman wasn’t in his plans, but Sheriff Suggs thinks he’s above the law and can lynch anyone who crosses him. When Suggs threatens his childhood friend, Truett dons a cape and hood and rescues him—placing “the Hooded Horseman” in Sheriff Suggs’s crosshairs.
Celia Wilcox arrives in Bethel Springs in June of 1880. She’s come from Nashville to help her sister care for their younger siblings. She hopes only to be on the small farm for the summer, just until her mother recovers from the shock of Celia’s father’s death. She must return to Nashville to fulfill her dream of opening her own dress shop.
The lovely Celia catches Truett’s eye, and he finds himself wanting to impress her. But she flatly refuses to flirt with him or to fall for his—if he does say so himself—considerable charm.
Celia’s overwhelming attraction to Truett terrifies her. What will happen when Sheriff Suggs discovers Truett is the Hooded Horseman? Will Celia be able to prevent the sheriff from carrying out one last lynching? Or will her worst fears come true?
You can pre-order it on Amazon!