Creating a story world is like being captivated by a stranger’s face through a rain-soaked window, or traveling through an unfamiliar countryside blanketed in heavy fog. There’s a hint of what’s on the other side of the glass or the haze, but you can’t see everything clearly. But because of that very thing, your imagination is given the freedom to paint the picture you most want to see in your mind.

If you could wipe the glass clean or burn away the fog, you might discover that the story world in question is part fact, part fiction.

This is true of the story world I created for my Natchez Trace Novel series set in the 1790s. Each story begins in Natchez-Under-the-Hill, a real place that dates back to the 1730s, touching on some of the aspects of the seedy wharf and making reference to actual streets that were laid out at the time of my series. Manuel Gayoso de Lemos, governor of the Natchez District, his future wife, Elizabeth Watts, and his secretary, Stephen Minor, make cameo appearances.

My characters travel along the Natchez Trace, stopping at a tavern called Harper’s Inn. This particular inn is fictional as I wanted it to be a very rough establishment and didn’t want to “cast aspersions” on any real establishment from the period. Mount Locust, on the other hand, which was a very respectable inn and is still standing to give visitors a look at what inns (also referred to as stands) of the day consisted of, is also mentioned multiple times throughout the series, giving anyone familiar with the area a yardstick by which to gauge where my characters are as they travel back and forth along the trace. 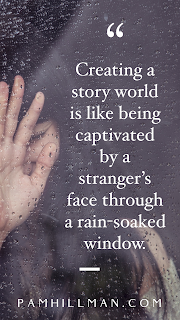 Breeze Hill Plantation, Magnolia Glen Plantation, and Cypress Creek are all fictional, but if pressed, I could take you twenty miles north of Natchez along the old trace, find a hill surrounded by rolling countryside, and claim it as the spot where Breeze Hill would have stood. The plantation home itself is based loosely on the floor plan and design of Linden Hall, part of which was constructed in 1785 and is located in Natchez proper to this day operating as Linden Hall B&B. Most of the other plantations, homes, and businesses sprinkled throughout the series are fictional.

Travel a few miles east of there and we’d find Magnolia Glen. Due west in the tract of land between the Natchez Trace and the Mississippi River and you’d find the virgin forest that Caleb O’Shea and his brothers logged in The Crossing at Cypress Creek, along with the rough-and-tumble little river town dubbed Cypress Creek.

Why use a real location at all? Readers are anchored in the story when an author uses a real town, country, or geographical location that they are vaguely familiar with to set the stage. It might be as broad as “the Mojave Desert,” or “London, 1845”. The exception, of course, is science fiction where the story world is created entirely from the author’s imagination.

With the reader anchored solidly in fact, the author can then add in a fictional ghost town or fort at the edge of the desert, a small millinery tucked on an unnamed side-street in London, an entire plantation along the Natchez Trace in 1791, and a river town along the Mississippi River in 1792. 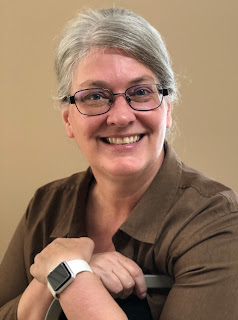