Where Do You Get Your Ideas???

Supposedly this is the question authors are most frequently asked.

Where Do You Get Your Ideas???

My answer to that is --- EVERYWHERE.

I have no shortage of ideas. I have notebooks with ideas, computer files with ideas. I've learned to write them down when they hit, so I don't forget. That image of the writer scribbling on a scrap of napkin is all too true!

It's sort of magical, because when I go back and look through those ideas, the excitement for that story builds all over again.

When Harlequin announced the Killer Voices contest, I needed a suspense story. I remembered an idea that had come to me one night. I'd been standing at my kitchen sink washing dishes, and I could hear a block party on the next street over. That suspense writer brain kicked in and I thought WHAT IF...  Ultimately the story changed so that original idea wasn't even recognizable, but it got me started. Christmas in Hiding was the result. 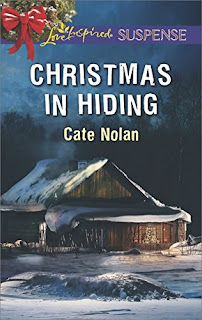 A few years ago, I was sitting having coffee with my editor at RWA, and we were talking about the popularity of Amish fiction. RWA's conference that year was in Times Square. I live in NYC, but normally I avoid Times Square like the plague. I remember at the end of the conference thinking that I got the appeal of Amish life - simple, calm, as far removed from Times Square as your imagination could take you.

That got me curious to learn more about the Amish. A few weeks later, I was chatting with an author friend about her editor wanting both books set in Texas and Amish books. I joked that she should do Amish in Texas.

I was joking, but the idea stuck, so I Googled. What I found intrigued me SO much that I knew I had to use it in a story. (More about that in a minute.)

When I started writing Texas Witness Threat, I had one idea in mind. It was a question I'd thought of a few years ago. What would it feel like if you were someone who suffered anxiety and then you witnessed a murder, but no one believed you because there was no body? I have no idea where the idea came from. I was walking along the street when it popped into my mind. But I wrote it down.

When I actually started to write the story, I had no idea where the story was going - and then I remembered the result of my Google search.

When I searched Amish in Texas, I discovered there had actually been a number of settlements, but none of them lasted very long. Oh well.

But then I found this article, and I was so intrigued. You can go read it, but the gist is that after Ike devastated parts of south Texas, a group of Amish from Indiana came down to help rescue the animals and rebuild the fences and homes.

In that moment, a story was born because my brain started playing What if? What if they came to help, liked it, and stayed?

The result was the book with the snake cover.

My box of books arrived last week, and I have to say, snake not withstanding, I like the cover. The art department did a fabulous job with the colors. The book glows.

I had to laugh though.  When Christmas in Hiding arrived, I took a photo of Fenway with the book. 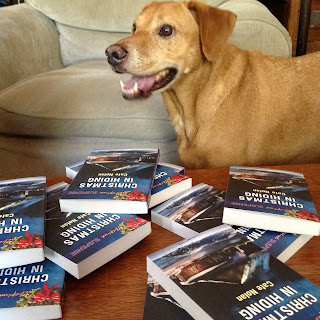 When I tried to replicate that for his book, he shied away from the book as if the snake was real! Oh, Fenway. 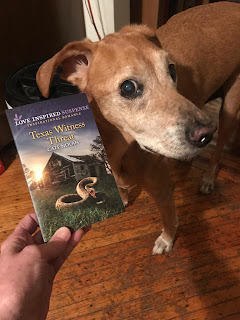 I could go on and on with where I got various story ideas, but enough about me. Where do you get your ideas?

When we teach children to keep a writer's notebook, we tell them to fill it with seed ideas, so they'll never have to say they have nothing to write about.

Do you have a notebook full of writing seeds or a folder full of napkin scribbles? Tell me what inspires your stories.