B’Gosh and B’Gora a New Book and a Bit of This and That! 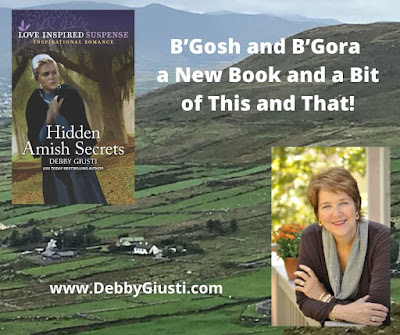 Happy Saint Patrick’s Day, Seekerville! I hope ye be wearing the green and looking for that pot of gold under the rainbow.

I found my pot of gold when Love Inspired Books published my first story in 2007, and I’ve been dancing a jig ever since.

Did ye know March is Irish Heritage Month and the perfect time to announce my new release? 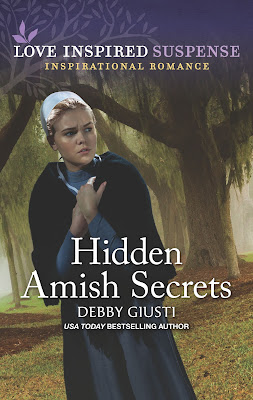 The lad and lass in the story grew up Amish, instead of Irish, but the deputy sheriff, Terrence O’Reilly, is as Irish as Paddy’s pig. So I’m calling it an Amish/Irish tale—at least on St. Patrick’s Day!

Two years ago, before the COVID shutdown, I toured Ireland and wanted to share photos from that fun excursion. The people were friendly and welcoming, and the country was beautiful with quaint villages, picturesque farmland and majestic seascapes. The Cliffs of Moher were especially breathtaking. Surprisingly the weather was delightful with day after day of blue skies and sunshine—and NO RAIN! Undoubtedly, the saints were smilin’ down on us as we toured the Emerald Isle!

A wee bit of this…

I hosted a writing class at my church pre-pandemic and recently met with one of the “students,” who had just penned her first story. We discussed her manuscript, and the questions she asked were similar to the one’s I’d had when I started my writing journey so I decided to share some of what we talked about that day.

Colleen, as I’ll call her, needed clarification on point of view. I encouraged her to think of the POV character wearing a movie camera on his head. Everything the character sees has to be captured by that camera. If the camera can’t film it, the character can’t see it--thus, it's not in his POV.

What about multiple points of view? For a romance, the hero and heroine should each have their own POV. Longer books might include a few more characters, but follow the KISS rule and “Keep it simple.”

End each scene and chapter with a hook. Pull from your story arcs. The hook can deal with the suspense or the romance or the faith element. Often the hook foreshadows the protagonist’s next problem and should always make the reader want to turn the page and keep reading.

A number of Colleen’s scenes involved multiple characters. I shared a screenwriting tip. Have two characters talk among themselves while the rest of the group is occupied doing something else. One person in the initial twosome can step away, which allows a third character to move onto the page, all the while the other characters continue to chat quietly among themselves, eat a meal or do something else off stage and out of the limelight. Focusing on two characters at a time prevents the confusion that could ensue when lots of characters are simultaneously embroiled in a discussion.

Whether you’re a plotter or a pantser, plan ahead and have a clear idea of the major scenes, especially the climax, before you begin to write the story. If you’re working in the suspense, mystery or thriller genres, the protagonist must battle the villain, emerge triumphant and solve the crime by the end of the story.

A little of that…

Here are a few off-the-wall things I think about after I know my characters and their GMC but before I begin to write my Amish stories. Which if any of my Amish characters will have a cell phone? Will I need to include a phone shack? Will the characters travel solely by horse and buggy or will an Amish taxi be needed? If my Englisch hero or heroine seeks shelter with an Amish family and must remain with them until the danger passes, how will the visiting character access clothing, toiletries or other personal items? What about the facilities? Indoor plumbing or an outhouse? Since the Amish practice non-resistance, how will the villain be subdued at the climax? Will any characters have access to a weapon? An Englisch character needs to have a good reason to become Amish. What was lacking in the character’s former life that attracts him or her to the Amish faith? If Englisch characters drive a car, what make and model?

Last month I mentioned my concern about the erosion of our Freedom of Speech. Since then, more censorship has occurred on various social media platforms. I get a daily medical bulletin from the American Society of Clinical Pathologists, of which I’m a member. Last week, the bulletin mentioned that more than 30,000 medical posts had been removed from various online forums seemingly because they didn’t adhere to the medical practices of the day. I wouldn’t want to get a daily newspaper that had articles blacked out nor would I want to attend an online class if portions of the instructor’s notes had been scrubbed by an arbitrary outside censor before I received them. I wonder what information all those deleted medical posts contained. I don’t know about you, but I’m digging deeper these days to uncover what’s true and what’s not.

May the road rise up to meet you.May the wind be always at your back.May the sun shine warm upon your face,The rains fall soft upon your fields,And, until we meet again,May God hold you in the palm of His hand.

Leave a comment or share some Irish trivia or a writing tip or two to be entered in a drawing for HIDDEN AMISH SECRETS! 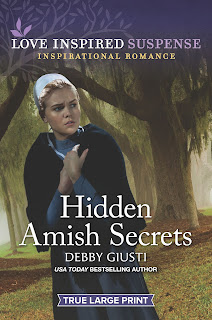 could get her killed.

Julianne Graber left her Amish life behind after a family tragedy, but now she’s back to sell the family home— and someone’s dead set on getting rid of her. With her neighbor William Lavy by her side, Julianne must uncover dangerous secrets to make sense of the past and present. Can she find justice for her family—and a future with Will—before the killer hits his target?

Email ThisBlogThis!Share to TwitterShare to FacebookShare to Pinterest
Labels: B'Gosh and B'Gora a New Book and a Bit of This and That! Debby Giusti