Writing What You Know by Kimberly Duffy *Giveaway*

Erica here. It is my delight to welcome author Kimberly Duffy to Seekerville today. Kimberly graciously agreed to guest post for us on one of her busiest days--Release Day! She will pop in as she can, and I hope you'll throw lots of encouragement and congrats her way on this big occasion! 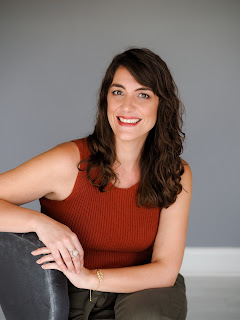 Writing what you Know

There are some bits of writing advice that have been repeated so often, and for so long, they’ve become trite. Expected. Eye rolls and indignant huffs and all that. “Write what you know” falls squarely in that category.

I’m a forty-one-year-old homeschooling mother of four. My days consist of multiplication drills, read alouds, and running my kids all over God’s green Earth.

No one wants to read that story.

If we all wrote what we knew then there’d be a heck of a lot of boring autobiographies masquerading as novels cluttering bookstore shelves.

this is fantastic advice that’s been misinterpreted.

Write what you know isn’t about plot. It’s about emotion.

I may not fully understand what it’s like to process extreme grief and how that weighs on a personal faith, but I identify with the doubt and questioning and fear that comes along with being unmoored.

I have no idea—no idea at all—what it means to be a suffragette, an Ancient Roman Christian, a woman who has been cheated on, or a person with magical powers.

But I certainly know what it’s like to feel desperate, fearful, betrayed, and unworthy.

That’s why we read fiction, right? That’s why we continue with a story that has nothing to do with our every day other than the emotions threaded through it. Novels take us out of our own lives, yes, but they also anchor and validate and encourage us in our experiences.

I’m often asked if I put myself in my stories. And the answer to that is a resounding “yes!” In every book, there are pieces of me scattered throughout the chapters. Here a little bit of my personality, there my questions, this thing I learned during my darkest moment, that bit of feeling I’d stored away.

There are a few things I do so that my stories are authentic and my characters relatable.


1. Don’t be afraid to let your characters be ugly. I’ve yet to meet a perfect person (and those who come close are more annoying than inspirational!) I don’t set out to write likeable characters; I set out to write characters with real flaws that readers can see themselves in. Now, I like my characters, but I know others won’t. And that’s okay. It’s real life.
2. Draw from your experience. Those things we hold most tightly are the things that are very likely to give life to our books. They’re the things others desperately need to know they aren’t alone in. I experienced a trauma about twenty years ago that I gave to a character. Was it hard to write? Absolutely. It’s something I rarely talk about. But in giving my words to her, I was able to redeem the loneliness and isolation of those moments. And because it comes from a very personal place, I hope others who have experienced something like it will feel seen and heard.

3. Consider method-writing. Have you heard of method-acting? Method-writing is similar in that you put yourself in your characters’ shoes. If they’re lost in the woods during a snowstorm and it’s August where you live, try opening the freezer and holding a frozen roast for a few minutes. If you’re getting ready to write a kissing scene, practice on your spouse. That all might sound silly, but even a superficial understanding of what your character is experiencing goes a long way in creating believability.

Writing this way demands an author’s transparency and vulnerability, but it’s made worth it by stories that resonate with people, regardless of those things you, or your characters, do or don’t have in common with your reader. In a world fractured by differences, it’s good to remember those things that knit us together.
Erica here again. As I mentioned above, today is Release Day for Kimberly's second novel, A Tapestry of Light! Isn't this cover STUNNING? 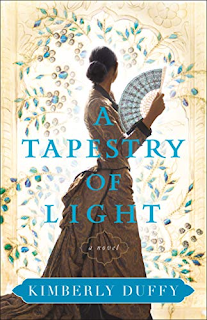 Here's a bit about the book:
Calcutta, 1886.Ottilie Russell is adrift between two cultures, British and Indian, belonging to both and neither. In order to support her little brother, Thaddeus, and her grandmother, she relies upon her skills in beetle-wing embroidery that have been passed down to her through generations of Indian women.When a stranger appears with the news that Thaddeus is now Baron Sunderson and must travel to England to take his place as a nobleman, Ottilie is shattered by the secrets that come to light. Despite her growing friendship with Everett Scott, friend to Ottilie's English grandmother and aunt, she refuses to give up her brother. Then tragedy strikes, and she is forced to make a decision that will take Thaddeus far from death and herself far from home.But betrayal and loss lurk in England, too, and soon Ottilie must fight to ensure Thaddeus doesn't forget who he is, as well as find a way to stitch a place for herself in this foreign land.
This is book 2 in Kimberly's debut series. Book one is: 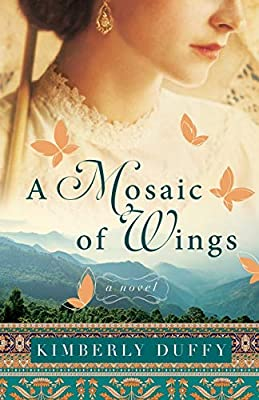 It's 1885, and all Nora Shipley wants, now that she's graduating from Cornell University as valedictorian of the entomology program, is to follow in her late father's footsteps by getting her master's degree and taking over the scientific journal he started. The only way to uphold her father's legacy is to win a scholarship, so she joins a research expedition in Kodaikanal, India, to prove herself in the field.India isn't what she expects, though, and neither is the rival classmate who accompanies her, Owen Epps. As her preconceptions of India--and of Owen--fall away, she finds both far more captivating than she expected. Forced by the expedition leader to stay at camp and illustrate exotic butterflies the men of the team find without her, Nora befriends Sita, a young Indian girl who has been dedicated to a goddess against her will.In this spellbinding new land, Nora is soon faced with impossible choices--between saving Sita and saving her career, and between what she's always thought she wanted and the man she's come to love.

Kimberly Duffy is a Long Island native currently living in Southwest Ohio. When she's not homeschooling her four kids, she writes historical fiction that takes readers back in time and across oceans. Her books feature ahead-of-their-time heroines, evocative settings, and real-life faith. Kimberly loves trips that require a passport, recipe books, and practicing kissing scenes with her husband of 20 years. He doesn't mind.You can find Kimberly at:www.kimberlyduffy.comhttps://www.facebook.com/AuthorKimberlyDuffy/
https://www.instagram.com/kimberlyduffyauthor/
Kimberly is giving away a copy of her new release, A Tapestry of Light to one person who comments today. In keeping with the topic of Writing What You Know...If you are a writer, what are some of the ways you have incorporated your own experience into your writing? If you're a reader, what are some topics you love to read about?  Answer below to be entered to win!