How to Handle the Wall by Erin Stevenson

I am a storyteller. Scenes for my WIP (work-in-progress) run through my head during most of my waking moments. By the time I sit down to write, the words come spilling out in a steady flow, sometimes in a torrent. Word limits are not my friend! My most prolific writing jag came in at just over 28,000 words in six days (four of which I worked at my FT job). Some of these were penned while waiting for a flight. When they announced we were boarding, I was just hitting my stride. I pounded away until the last second, then had to wait until we’d taken off and reached the magic 10,000-foot threshold before I could fire up my laptop and continue. 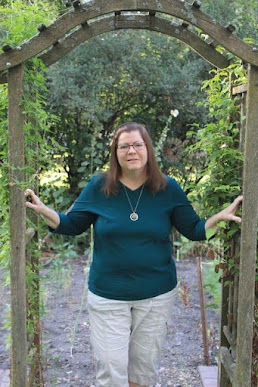 On the other hand, a cousin of mine who has published several books writes like a poet (her words). She tells me she fights to get every single word onto the page. If there is a word limit to be reached, she has to work hard to get there.

Whether you’re a storyteller or a poet (or something between), whether you’ve been writing a week or a decade (or more), it will happen to you sometime.

BAM! You will hit the wall.

For me, the torrent trickles to a slow drip, then stops completely. My stories are character-driven, so my wall is usually a plot point. Everything comes to a screeching halt. I back up, then approach the wall again. After a few tries, I admit that I’m stuck.

There are four techniques I’ve used to get over the wall:

1.       Bang your head against it until you break through. This was how I dealt with the wall when I was a beginning writer. I still have the scars to prove it! Sometimes it worked, but it usually involved taking quite a long break—and sometimes a writer doesn’t have that luxury (can anyone say deadlines?).

3.       Go over the wall. I learned this technique early in my writing adventure in a writing group, and it has served me well. Leave where you stopped. Pick up a new thread and start weaving. Then come back and take apart the wall, brick by brick, and make whatever changes are necessary to connect the two sections.

4.       Phone a friend. If you don’t have a critique partner or group, find one. In the post-pandemic world, it doesn’t have to be someone local, you can connect with anyone virtually. When you hit a wall, a fellow writer can look at the problem with a fresh perspective. In one case, my critique partner made a simple suggestion, and that led to a completely new, successful plot point. And I’ve done this for others as well.

Regarding point 4, if you’ve been writing in isolation because of fear over sharing your writing with anyone, I highly recommend finding a writers’ group. I’ve been with the same group of four others for almost five years. From the beginning, it was established as a safe place, and I know beyond a shadow of a doubt that I wouldn’t be the writer I am today (still growing, though) without my beloved writing friends.

Back to the 28,000-words-in-six-days manuscript. That was in July, 2019, and I just finished it this spring. In From the Storm will release in about a month. There were times when I had to turn my attention to other WIPs, and times when I hit the wall and had to employ points 2 and 3 above. As so often happens, the characters took the story in a completely different—and much better—direction than my original plan!

Leave a comment for a chance to win a print (US readers only) or Kindle copy of Sisters Ever After, the first book in Erin’s Canadian Meadows series.

Erin has been writing fiction since 2014. She has published independently and with Pelican Book Group and Winged Publications and is a member of American Christian Fiction Writers.

Writing is like breathing to Erin. Stories are running through her mind during most of her waking hours, and by the time she sits down at the computer, the words flow and time ceases to exist. 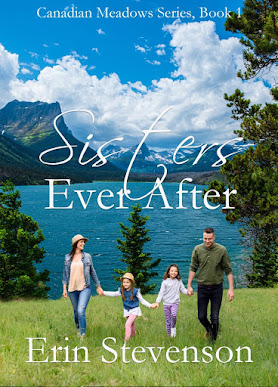 Erin was raised in Illinois and has lived in many places in the U.S., including on both coasts, but is a Midwest girl at heart. She spent many years as an educator from pre-school through college levels, and currently works in training and internal communications for a global corporation.

When she’s not writing, Erin loves spending time with her children and grandchildren, and playing in the garden (which equates to mostly pulling weeds) at her central Iowa home. Her secret indulgence is plain M&Ms.

Gianna Harper is living on borrowed time. Newly widowed, she’s struggling to hold things together at home and keep her business afloat while dealing with her late husband’s effects. But something’s not right, and now Gianna is convinced that he was involved in something a lot more sinister than shady business dealings.

Brock Hennessey fled California to make a fresh start in northwestern Montana. He hopes he’s put enough miles between him and danger, banking on a promised job to give his family a new start in a safe place.

Circumstances pit Gianna and Brock against one another, and neither one is willing to give an inch. As their professional dealings grow more acrimonious, their daughters become best friends and suddenly, the four of them are thrown into situations that have them acting, looking, and sounding like a real family.

Set against the stunning backdrop of northwestern Montana, Sisters Ever After is the first book in the Canadian Meadows series.