I spent five days at a writer's retreat 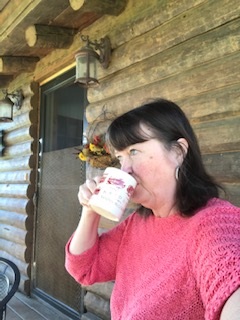 This is me, sitting outside on a beautiful morning on the porch of the Log Cabin we stayed in in central Iowa.
Trust me, this place has NOTHING IN COMMON with a true, frontier log cabin. It was such a nice place. Beautiful house, lots of space, very comfortable...not counting that Erica Vetsch started coughing from something she was reacting to. But I felt fine!!!
Our hostess was Dawn Ford from Iowa.
Here she is with Erica Vestch. We were each given a meal to be in charge of.
Dawn is actually making coffee, but Erica is faking that she's cooking. 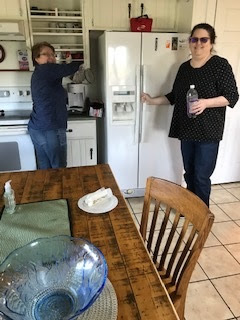 Next is Nebraska author (like me) Kathy Geary Anderson. 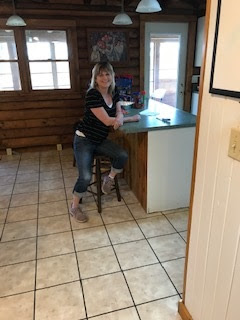 Cathy just had her first book release, The Trouble with Jenny, and it was so fun to talk about!

She's working on the next book already. 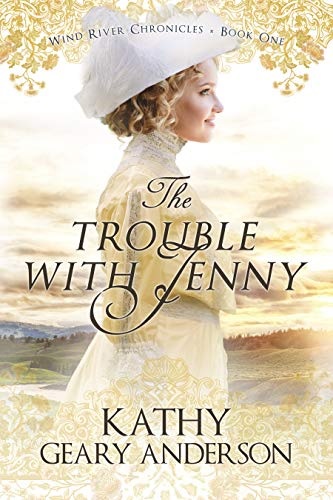 Our fifth writer was Iowa author Shari Barr. She left a day early and as you might predict, I didn't get my camera out until she was long gone. But she had fun writing and then off she went, something about a daughter getting married in the near future.
And we had a guest come by one day. Iowa author Erin Stevenson. 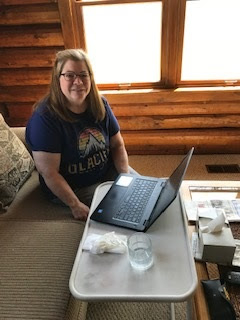 Her latest book is Sisters Ever After, book #1 of a new series. 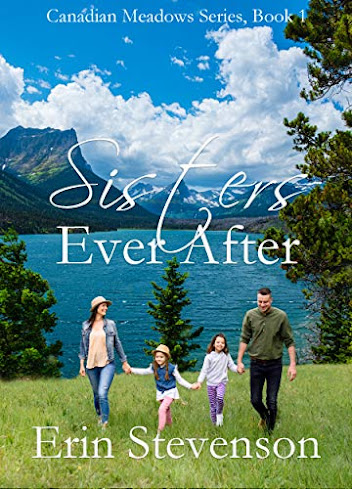 I wrote as many words as I could for five days, two of them mostly travel days, and got 13,000 words down.

I finished one book and began another.
I need to go through the book I finished and do revisions but I didn't want to spend the retreat doing that. I wanted WORD COUNT!!!
I couldn't hold a candle to Erica and her TWENTY THOUSAND WORDS!!!
We also brainstormed for a while each night, if someone wanted to. And someone always did? 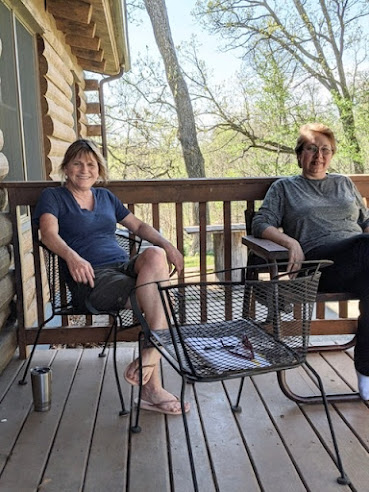 The one drawback was no wifi. That surprised us but we had a little lead time for it. Still, I wanted wifi. I'm pretty hooked!
Erica is the one who mentioned how often we, as historical authors, look up words to see if they existed during our book's era. Pro-tip...Shenanigans DID exist in 1870...but not by much. 1850s. 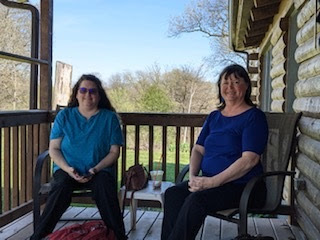 We were on our own for breakfast--which I mostly skipped. And lunch, which was either leftovers or turkey sandwiches. And we had a nice snack counter which, no matter how much we ate, seemed to grow more plentiful with each passing day.
Then we signed up for dinner. Which, four days before, I had to ask if we'd ever discussed dinner. At which point Erica told me what I'd agreed to make and when and Dawn showed me the Google document where I'd filled in my meal plan. 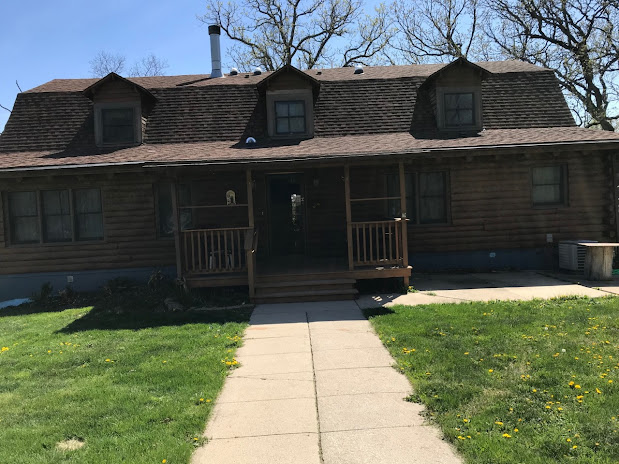 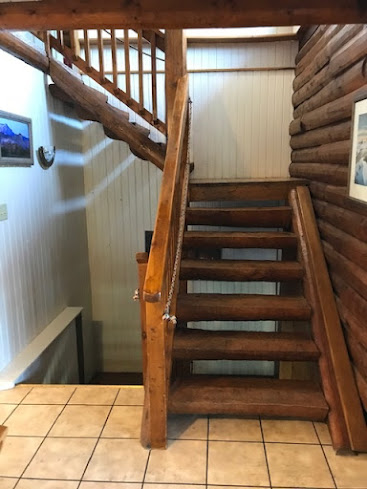 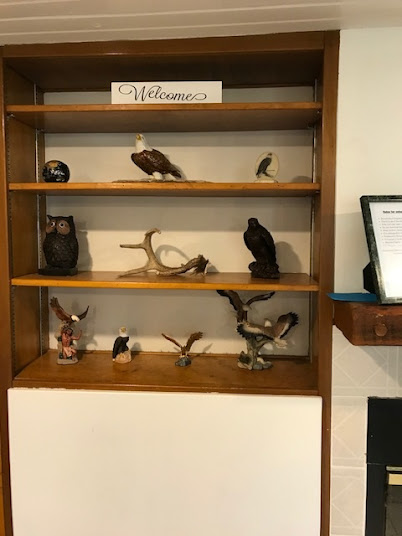 The Log Cabin was so pretty and really out in the woods. 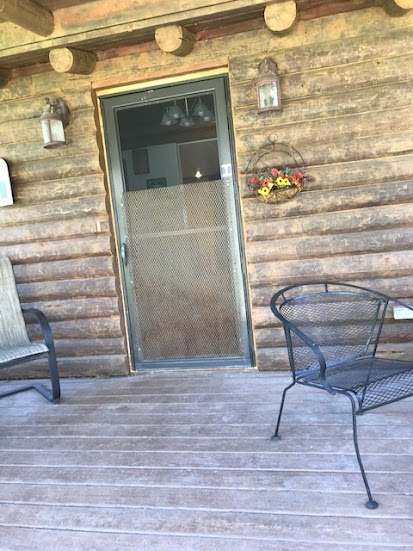 As part of a successful writer's retreat we often look around the area for touristy or scenic things and in this case we could not resist historic Fort Dodge. Erica found it and lured me and Dawn to it the morning the retreat ended. 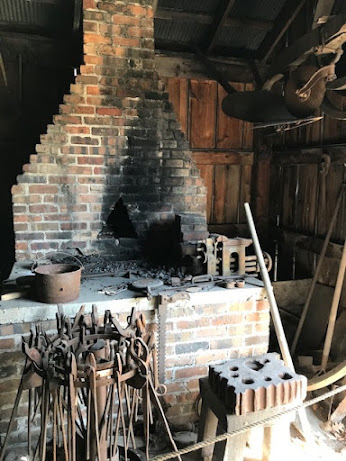 I took so many pictures! But I won't subject you to all of them.
There was a pioneer village with old buildings pulled in
to surround the restored Fort Dodge.
This is the Blacksmith Forge.
Below it the Blacksmith Shop.
I have a whole lot of pictures of old iron tools. I wanted to make my next character a blacksmith but after studying this building, I maybe can't handle it! We'll see. 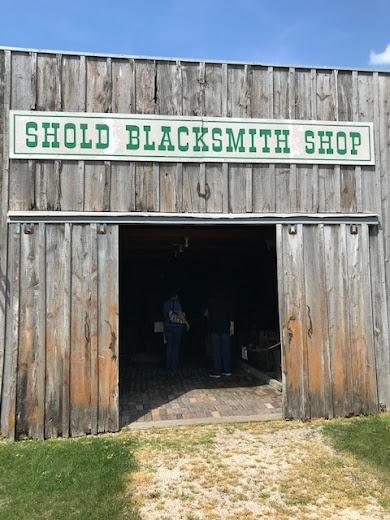 Next we walked along the stockade walls to enter Fort Dodge. I just love this kind of stuff. 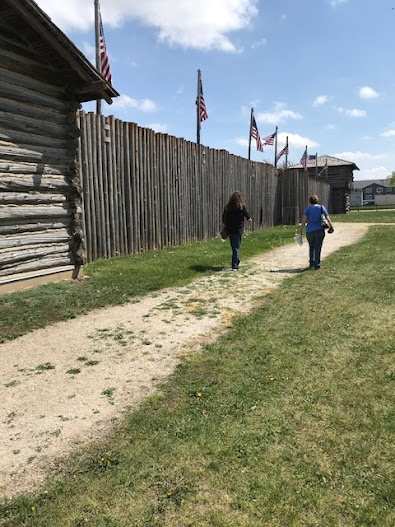 Below is a picture of the Land Office. Looking around restored pioneer villages helps me to remember all the possible stores in a town of this era. I tend to have a general store, a livery stable, a jail, a diner and a saloon. I'm trying to remember there are occasionally a few more things. This village had a veterinarian, a cabinet maker, a carriage maker, a drug store, a church, a school...I remember to add those always. It was a cool place. 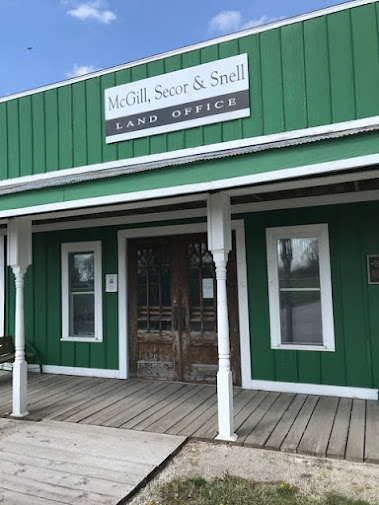 And one more little thing...today is my mom's 93rd birthday. This is a picture from her 90th birthday party. Mom and all eight of her children. 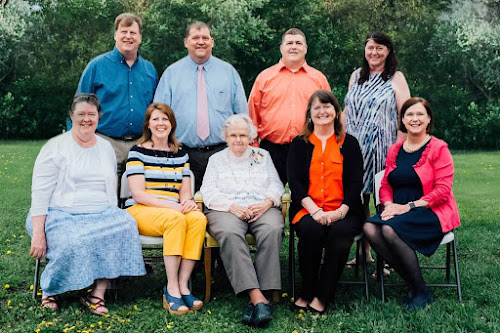 She's survived Covid and now is vaccinated but we are still very restricted in our visits to her nursing home.
So we don't get to throw her much of a party. I'll be gone for a while this morning. But I'll be back.
We all agreed this last year has been so majorly WEIRD with Covid and everything shut down, that getting together for the writer's retreat (all of us vaccinated) was just purely uplifting.
We haven't done it enough.
And we're already talking about next time!
Leave a comment to get your name in a drawing for a
Keepin' Cowboys Cool Cooler to celebrate the new series.
Keepin'
Cowboys
Cool 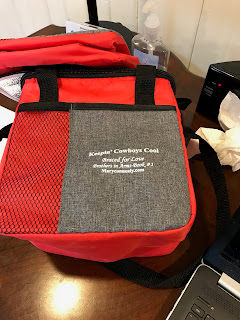 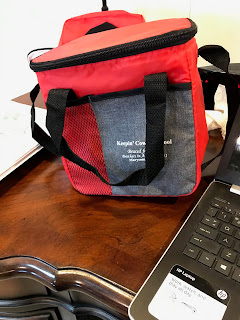 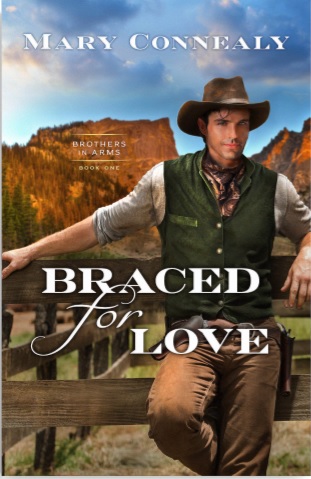