Does Your Character Believe a Lie?

Lies distort a character’s view of the world. The lens of reality twists the truth, causing the character to react in unforeseen ways, which is win-win situation for the writer. The result is an unpredictable and unexpected plotline fueled by a character who is motivated by a lie.

Have you ever believed a lie? The emotional ramifications can destroy us if we don’t muster the courage to explore the truth. Consider your character. With the personality, culture, and life experiences assigned to them, how does the writer weave a powerful story?
The character who learns he or she has been the victim of a lie faces the devastation of hurt, anger, and betrayal. The person who spoke the fabrication may deny it, and that becomes another issue for the character. To maintain good mental health, the character must reach deep for forgiveness and take cautionary steps for the future. The relationship may or may not ever be restored. Trust must be earned.
How the character responds to the realization of a lie shows the inner character and lays the foundation for a protagonist or an antagonist. The determination of a lie can motivate the character into a positive realm or a negative one.

Lies influence the character’s goals, wants, needs, strengths, weaknesses, challenges, dialogue, behavior, and emotion. When rage drives the character’s actions, unpredictable behavior sets the stage for a page-turning story. Yet the process of weaving all the intricacies of literary techniques into a profound story takes hard work.
But what about the lies our characters accept about themselves? How does a character journey on an adventure when they hold a false outlook of life? Aren’t our characters supposed to embrace strength? How does that affect their decisions and motivate them into action when they accept a distorted truth destined to stop them from reaching their full potential?
Perhaps the problem with our character is not what the writer believes about them, but what the character believes about him- or herself.
Writers develop situations that force a character to face a lie. Those powerful drama-filled scenes move the story in exciting directions, often explaining how and why the falsehood entered the picture. Some characters do not have the courage to accept the truth and will never change their beliefs or values. They flee from scenarios that force them to examine their true selves. The result is a weak character who cowers to life happenings or becomes an antagonist who strikes out in rage.
The origin of a character’s misconception is often rooted in childhood. During the development years, physical, mental, and spiritual stimuli mold a child’s view of where he or she fits in the world and how to cope with life’s trials. Peer pressure and those who are respected can instill admirable or detestable behavior.
The character may believe
The character may choose to believe
For writers determined to create real and unforgettable characters, I encourage the following:
When a writer discovers the source of what a character internalizes about him- or herself, the character must choose. Is he or she motivated to change? How does the process work? Will it be painful? Does the character grasp the courage to process the lie and step forward with truth? The result is an impressive novel certain to entertain and inspire readers.

DiAnn Mills is a bestselling author who believes her readers should expect an adventure. She weaves memorable characters with unpredictable plots to create action-packed, suspense-filled novels. DiAnn believes every breath of life is someone’s story, so why not capture those moments and create a thrilling adventure?
Her titles have appeared on the CBA and ECPA bestseller lists and won two Christy Awards, the Golden Scroll, Inspirational Reader’s Choice, and Carol Award contests.
DiAnn is a founding board member of the American Christian Fiction Writers and a member of the Blue Ridge Mountains Christian Writers, Advanced Writers and Speakers Association, Mystery Writers of America, the Jerry Jenkins Writers Guild, Sisters in Crime, and International Thriller Writers. DiAnn continues her passion of helping other writers be successful. She speaks to various groups and teaches writing workshops around the country.
DiAnn has been termed a coffee snob and roasts her own coffee beans. She’s an avid reader, loves to cook, and believes her grandchildren are the smartest kids in the universe. She and her husband live in sunny Houston, Texas.
DiAnn is very active online and would love to connect with readers through her website at diannmills.com. 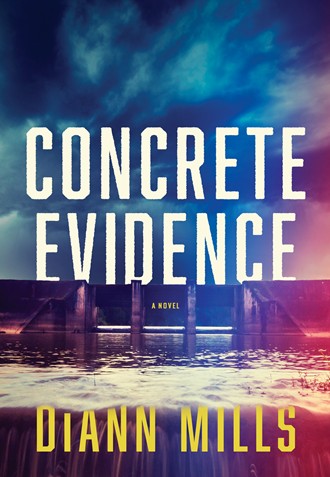 On the family’s Brazos River Ranch in Texas, Avery Elliott helps run her grandfather’s commercial construction business. Raised by Senator Elliott, Avery has never doubted her grandfather is the man of integrity and faith she’s always believed him to be . . . until the day she finds him standing with a gun over the body of a dead man. To make matters worse, Avery’s just discovered a billing discrepancy for materials supposedly purchased for construction of the Lago de Cobre Dam.
Desperate for answers, Avery contacts FBI Special Agent Marc Wilkins for help. As Marc works to identify the dead man Avery saw, threats toward Avery create a fresh sense of urgency to pinpoint why someone wants to silence her. With a hurricane approaching the Texas coast and the structural integrity of the Lago de Cobre Dam called into question, time is running out to get to the bottom of a sinister plot that could be endangering the lives of not only Avery and her loved ones but the entire community.
Releases October 4, 2022.