To Heed or Not to Heed: Tips on When to Listen to Editors

Well, this is a touchy subject, isn't it? And it's one with no singular answer, so grab some coffee or tea or a diet Mt. Dew like I've got, and let's talk choices. Yours. Theirs. Ours. 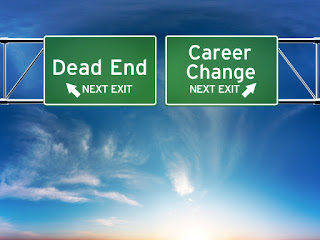 First, this post is not meant to throw editors under the bus.

My editors from Harlequin/Love Inspired, Harper Collins, Waterbrook Multnomah, Waterfall Press, Guideposts, Franciscan, St. Martin's Press (I've been blessed in my career, right???)  and my right-hand indie editor Beth Jamison are great people. They're intuitive about story and usually right about changes that need to be made. I will begin by saying how fortunate I am and have been to work with so many talented women (and no, I've never had a male editor... as yet... so that's kind of funny, right? But publishing is slated at 78% women and the majority of them are white, so that's another blog for another time...) and here's a well-known fact: They bought the book. They bought the concept. They're paying me for an intellectual property and it is now theirs... but I'm the author.

Now there's a ridgepole that even Anne Shirley would love to walk! A fine line indeed.

Editors and agents aren't perfect. If they were, there wouldn't be literally thousands of sad stories about the future bestsellers that get turned down...

The list goes on... but bear in mind these are not all editor rejections. Many are agent rejections... and the finished book is probably a very nicely polished version of the author's initial proposal... Polish counts for a lot, but that initial nod...

Becomes the big step forward, the momentum all authors need. Mine came from Melissa Endlich almost nine years ago... and we've been working together ever since.

Now the editorial process steps in. This is the moment that can make or break a new author.*

*Read that spot again. It's important.

My Southern side would say "shush your mouth and fix the book, for pity's sake!"

But I don't have a Southern side, so my Yankee side says "Shut up and fix the book."

But now and again an author needs to stand his/her ground. Not on every little thing, then you're kind of a boor and you don't want to be a boor, right? Boors are annoying and far too prevalent in some circles. So there's this:

1. Editors generally know their readers
2. Editors know what they like.
3. Editors know how to put the polish on with their fresh          eyes.
4. Editors want to pull out the best of your book.

Those are truisms. But no one is infallible and I've had agents ask me to change books and then the editor asks me to change all the things the agent wanted shifted... sometimes back to where they were. These are people, darlings... with varied opinions... It's not black and white, right or wrong. Just different and your job is learning whom to please... and when to stand firm.

Some stories bite the edge of acceptability. Whether you're writing about a difficult subject, a tough relationship, a lost child, a lost love.... sometimes you need to be straight with the reader to elicit the desired reaction. Your editor may or may not like that. This could be something worth standing your ground on. Telling that particular story, or that part of the story, your way if it evokes the visceral emotion from you that you want to see in the reader.

I've changed so many things in books. Mostly I'm fine with it, but now and again I know a book is intrinsically right. I know that the hero/heroine will work. I know that the beats are there, page after page... but that's after 40+ books in!

After being advised to change a heroine's job and half the book at one juncture, I said no... another editor was brought on board to explain to me that it wouldn't work, it couldn't work, and that I was tempting people to break an established code of conduct in a Christian book and that was wrong.

My answer was still "no".

I changed a great deal of the book, so many great ideas to sharpen it, but that major component stayed.

Because I didn't believe any of that. Not a smidge. And when the freelance editor went off on me about using bad language and leading good people astray, I realized we lived on different planets, probably went to very different churches and had very different friends because mine are normal sinners. Like me.

And when the book was given 4 1/2 stars and a Top Pick, I wasn't smug.... Because it was a combined effort. But it was still my book. And I was glad I stood my ground on that part.

If you're indie publishing, how do you know you're presenting your best work? Do you care? This isn't a trick question. Folks read a lot of "okay" books all the time. Nothing wrong with that... but you need to ask yourself that question. "Do I care?"

My answer is a firm yes.

I am constantly reminded of this when I see how dozens of little tweaks advised by my editors put the "shine" on... how changing sentence order or speaking order makes a difference. How reflection placed "here" and not "there" makes a big difference in reader understanding.

I don't do that alone. And when I read an indie book that lacks that polish... that spit-shine... it's like seeing the jewel in the coal... but unable to unlock it.

All authors have these occasional go-rounds with editors. It's normal. It's part of the business.

But it should be rare. If it's not it could be one of these things:

1. You signed with the wrong house and the editor thinks your work stinks but they're stuck with you. Oops.

2. You're an ornery, uppity snip and you think your work is beyond repair.

Um, yayuh. Kind of. Because if the editor doesn't like your work, what in the name of Sam Hill are you doing there???

And if you're an uppity snip who rebuffs advice, you better hope the bestseller list finds you on the first or second book because with so many talented authors out there, what sane editor wants to go through the wringer for a mid-list disaster?

Well, this isn't an easy business. And the dream advances that used to exist are fairly non-existent now (with a few handfuls of exceptions including former government employees and their tell-alls that might be more fiction than our stories! Who knows? But they will get the big bucks!!!)

Whichever way this writing path takes you, my advice will always be to take a breath. Do your best work. Trust an editor to polish it, then listen to them...

Most of the time.

Ruthy is in a good mood today, so she's offering an opening chapter critique to one writer... and a copy of her newest Guideposts mystery "Swept Away" to a reader or writer! Just let her know you want to be considered for one or the other. And if you put in for the critique... Umm... well... good luck with that. (please remember she IS a Yankee....) 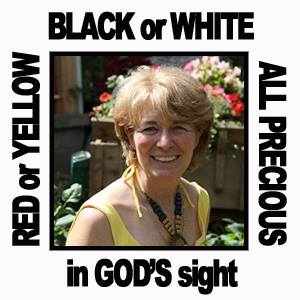 With over 40 novels and novellas to her credit, Ruth Logan Herne is living her dream and still pinching herself daily to see if this is indeed real.... Since it is real (YAY!) you'll find her working daily on her pumpkin farm in Western New York where winter snows and long d-a-r-k days give her plenty of time to create unforgettable characters and great books.... follow her on Amazon or BookBub, visit her website, or sign up for her quarterly newsletters by e-mailing her at loganherne@gmail.com... or friend her on facebook where she loves to pray and play with readers and writers!