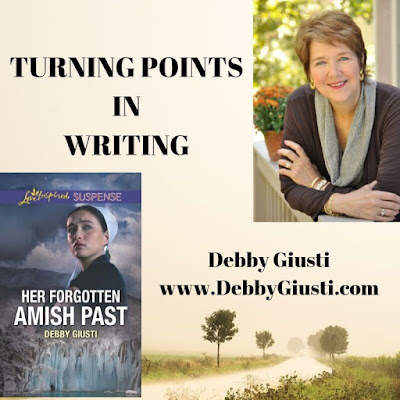 I teach a writing class at my church and was unsure of what my topic would be this month. We’ve all heard that the best way to learn is to teach, and a little interior voice kept telling me I needed to focus on turning points for both my class and the story I was brainstorming. Thankfully, I listened to that little voice because a review of turning points was a win-win. The class was well received, the writers learned something new, and I used the turning points model to plot my next story.

I’m sure most of us can identify important events in our lives that have affected us in one way or another, either for good or for ill. Marriage, divorce, birth of a child, death of a parent, college graduation, a new job, loss of a job, illness or an accident that led to debilitation, scandal, betrayal, and the list goes on and on. The events are turning points that caused us to change emotionally, physically or spiritually. After undergoing a significant turning point, we may see the world and ourselves in a different or new way so that we’re not the same person we were prior to the event. 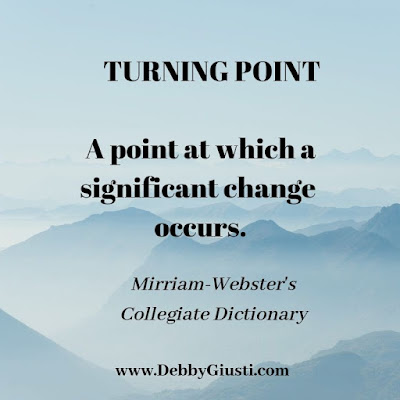 The same holds true for our characters. They change and grow because of the unexpected events we include in our stories. As writers, we use significant turning points to enhance the emotion, ratchet up the conflict, place our hero and heroine in jeopardy and cause them to change.

Just as in our own lives, our hero and heroine become new people by the end of the story. They see the world in a different way. They’ve learned a valuable lesson about themselves or about life in general. They’re able to forgive those who hurt them in the past and can also forgive themselves for the mistakes they’ve made. Most important, they are able to love and be loved, to open their hearts to the Lord and to embrace life to the full.
Marg McAlister, in her blog piece, “TurningPoints in a Novel,” provides the following turning points that can be included in a story: 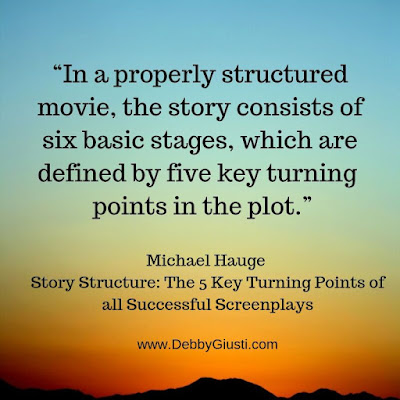 Screenwriting consultant Michael Hauge, in his article, “Story Structure: The 5 Key TurningPoints of all Successful Screenplays,” says, “In a properly structured movie, the story consists of six basic stages, which are defined by five key turning points in the plot.” Although Hauge’s main focus is on screenplays, his techniques and workshops have been well received in the romance genre. Everything he teaches about story applies to novels as well.

Screenwriting follows a certain sequence or formula, and Hauge identifies the five turning points needed to create a blockbuster in the following way:

First Turning Point:
The Opportunity (occurs 10% of the way into the movie)

Second Turning Point:
The Change of Plans (25% into the movie)

Third Turning Point:
The Point of No Return (50% mark)

The titles Hauge gives to the various turning points are fairly self-explanatory, but let’s do a quick review.

Turning Point #1: introduces the problem or situation and an initial goal, or opportunity, that catches the protagonist’s interest. At this early stage, the protagonist puts his toes in the water, so to speak, but he’s not ready to jump in feet first.

Turning Point #2: The hero sees the scope of the problem a bit more clearly and realizes it’s a bigger issue than he first imagined. Or he may uncover a more critical situation that must be addressed so that a new, more important goal moves to the forefront. Note that the goal must be well-defined and significant enough to be carried throughout the book since the entire story hangs on whether the hero can succeed. At this point, the hero dives headfirst into the action.

Turning Point #3: At the halfway point, the protagonist is so immersed in achieving his goal he can’t turn back. In our water analogy, he’s too far from shore and must keep paddling to reach his goal.

Turning Point #4: The setback that occurs 75% of the way into a screenplay is a new, unexpected problem—A VERY BIG PROBLEM—that thwarts the hero’s plans and threatens to destroy all his hard work up to this time. The future looks bleak and failure looms. This is the Black Moment in a romance. Going back to our guy in the water: Sharks are circling and he sees no way to save himself.

Turning Point #5: The exciting climax follows when the protagonist and antagonist come to blows, literally or figuratively, with the hero emerging triumphant. Our courageous swimmer battles the sharks, sustains bites but survives and makes it to his island goal.

Novelist and writing coach C. S. Lakin, discusses turning points in her article, “The 5 Key Turning Points in Your Novel.” Her placement of the various turning points within her stories and her explanation of each point is similar to what Hauge teaches.

Interestingly, Lakin mentions that a lot of stories she reads fall short at the climax. Perhaps the clash between the protagonist and antagonist (In a love story, the antagonist is the love interest.) is resolved too easily in some romance stories. 👉TIP: Don’t cheat your reader. Ensure your hero confronts and battles a worthy opponent in the climax.

Author and writing instructor Robin Perini, in her workshop “Transform a Good Book into a Great Book”, suggests adding “major turning points every 20-25,000 words (or so),” which, according to Perini, solves the sagging middle problem.

Perini uses four turning points in her stories and provides the following diagram available on her website. https://www.robinperini.com/rwa-national-conference-workshop-transforming-a-good-book-into-a-great-book/  (According to Perini, the realization is what the characters learn.)

My writing class used Perini’s story board to brainstorm a romance, similar to the stories made into Hallmark movies. Here's what my class came up with:

The heroine, a needs-to-be-needed type person, is the protagonist. She’s involved with a strong-willed man who thinks mainly of himself. Her best friend, a laid back guy who takes life as it comes without fighting for what he wants, is the real hero in what turns out to be a “friends to lovers” story. The three main characters work in an auto production company in a small town that hosts a car show each year.

The domineering boyfriend is in charge but quickly passes responsibility for the event onto his girlfriend and her best friend. As the hero and heroine work together, their friendship grows into something more significant. The friend-hero has built a new car that he plans to unveil at the show, but the domineering boyfriend claims the design is his. In the Black Moment, Mr. Domineering asks the girlfriend to marry him and the friend to lover thinks she says yes. Brokenhearted, the hero prepares to leave town. He’ll leave the girl he loves and the car he designed and move on with his life.

The heroine rejects the domineering guy’s proposal. She no longer needs a man to validate her. She’s her own person and confronts the old domineering boyfriend in the climax, revealing how he lied about his role in the new car’s design. Before leaving town, the friend-to-lover hero realizes what’s important and returns to declare his love. At the end of the story, the hero and heroine drive into the center of the car show in the new auto he designed. If you watch many Hallmark movies, you know what happens next. The hero and heroine kiss, which is how this story ends.

Kudos to my class for brainstorming such a fun story, in less than an hour, by focusing on the turning points. 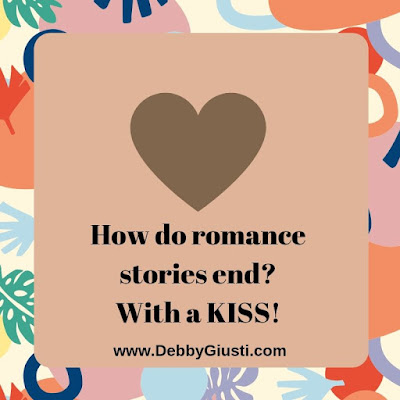 Create your own Hallmark story the same way my class did. The exercise is fun and stimulates creativity.

Are you having trouble plotting your story? Check your turning points.

Knowing your turning points before you start to write ensures your story will keep the reader engaged and flipping the pages. It also gives you a guide to follow as you write that keeps you on track.

Please share any tips or techniques you use to create turning points in your own stories. Do you include them intuitively, and if so, where do they usually fall within your stories? Readers, do you think about the turning points in the stories you read?

Leave a comment to be entered in a drawing for my November release, “Her Forgotten Amish Past.” 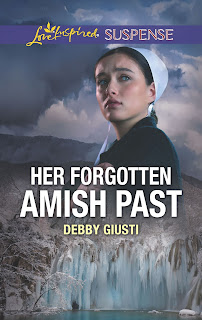 HER FORGOTTEN AMISH PAST

She can’t remember who she’s running from.

Is she safe with the Amish?

Someone wants Becca Troyer dead, but who or why is a mystery to her. Seeking refuge at the home of Amish farmer Zeke Hochstetler is her only hope to stay one step ahead of the killer. With every clue she finds about her past leading to more confusion, Becca and Zeke must untangle the truth before her pursuer discovers where she’s been hiding.